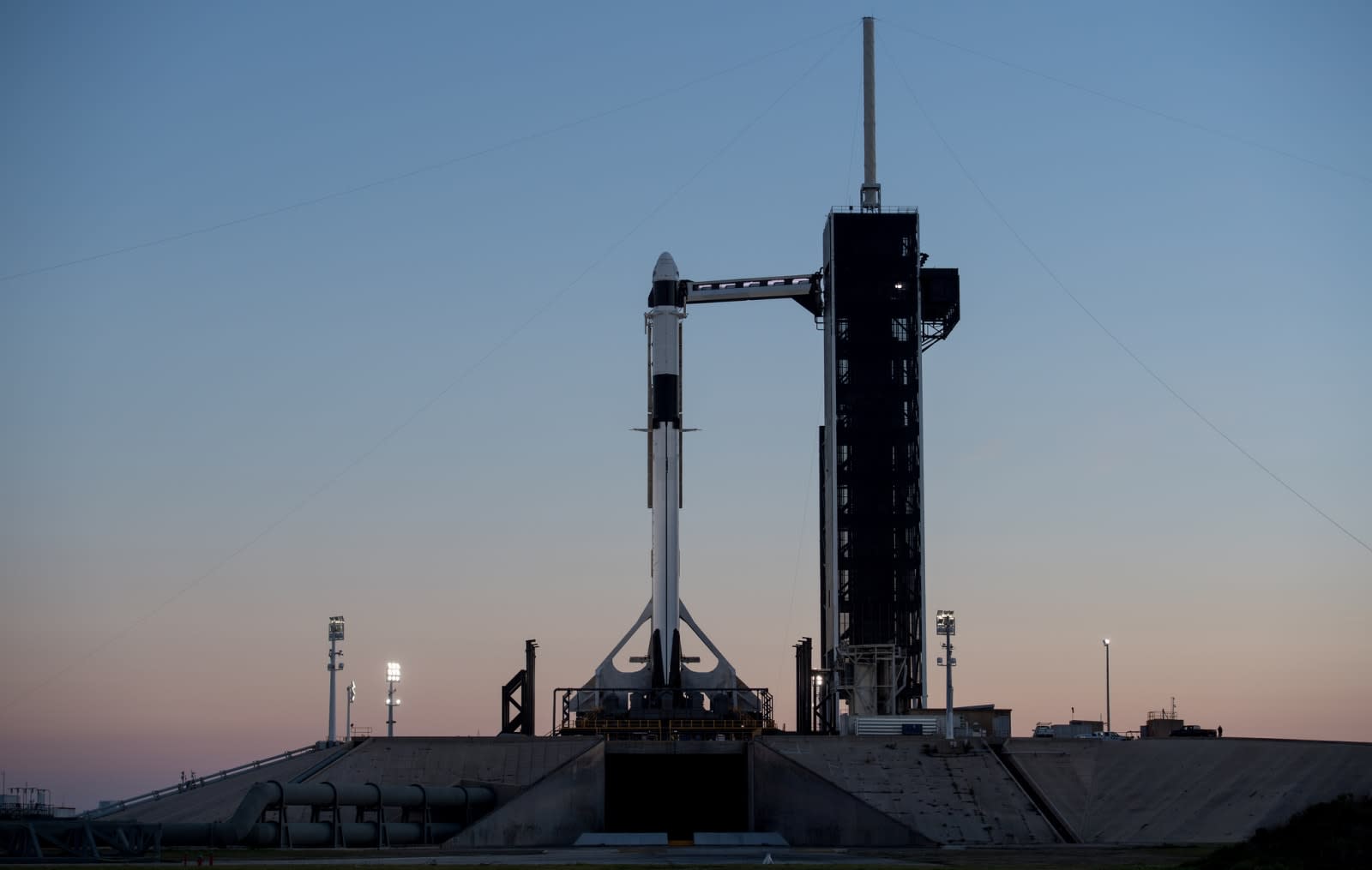 Update: Now the vehicle is scheduled for autonomous docking at 6 AM ET on Sunday.

Ever since the Space Shuttle program ended in 2011, NASA has relied on Russian Soyuz missions to get astronauts back and forth from the International Space Station. In order to maintain control over its own missions, the Commercial Crew program has sought replacements, with SpaceX and Boeing in competition for the contract.

After a number of delays, SpaceX will go first with a test launch of its Crew Dragon vehicle, scheduled to take off from Launch Complex 39A in Cape Canaveral at 2:49 AM ET. SpaceX will have a live webcast of the Crew Demo-1 launch, which you can watch here, along with coverage from NASA TV. The broadcasts should start at 2 AM. To synchronize with the ISS, it's an instantaneous window so there's no waiting for this one -- it either will or will not go tonight.

This is an uncrewed launch, flying on a Falcon 9 rocket -- with a first stage that will attempt to land itself on a drone ship -- that SpaceX director Benji Reed said "is our end-to-end flight test to ensure the spacecraft and systems operate as designed before we put crew on board." It's also carrying an anthromorphic test device that Elon Musk referred to as Ripley, loaded with sensors around its head, neck and spine to gather data before astronauts take flight on the craft's planned second mission that is scheduled for July. Boeing's competing CST-100 Starliner has an Orbital Flight Test slated to occur in April, with plans for a crewed mission in August.

After a successful launch, the Crew Dragon will autonomously dock with the ISS to unload 400 pounds of supplies, with a return to Earth scheduled for March 8th where it will splash down in the Atlantic Ocean. If tonight's launch is rescheduled, the next window is set for Tuesday March 5th at 1:38 AM ET.

Update (3/2, 3 AM ET): The launch was a success! Everything appeared to go off without a hitch, as the Falcon 9's first stage pulled off another landing at sea, and the Crew Dragon capsule separated with an eye towards autonomously docking at the International Space Station on Sunday morning, at about 6 AM ET.

Today's successful launch marks a new chapter in American excellence, getting us closer to once again flying American Astronauts on American rockets from American soil. Congratulations to the @SpaceX and @NASA teams for this major milestone in our nation's history. #LaunchAmerica pic.twitter.com/Gk8c9EdXNO

Crew Dragon is on its way to the International Space Station! Autonomous docking at the @Space_Station set for early tomorrow morning. Watch live starting at 3:30 a.m. EST, 8:30 a.m. UTC https://t.co/gtC39uBC7z