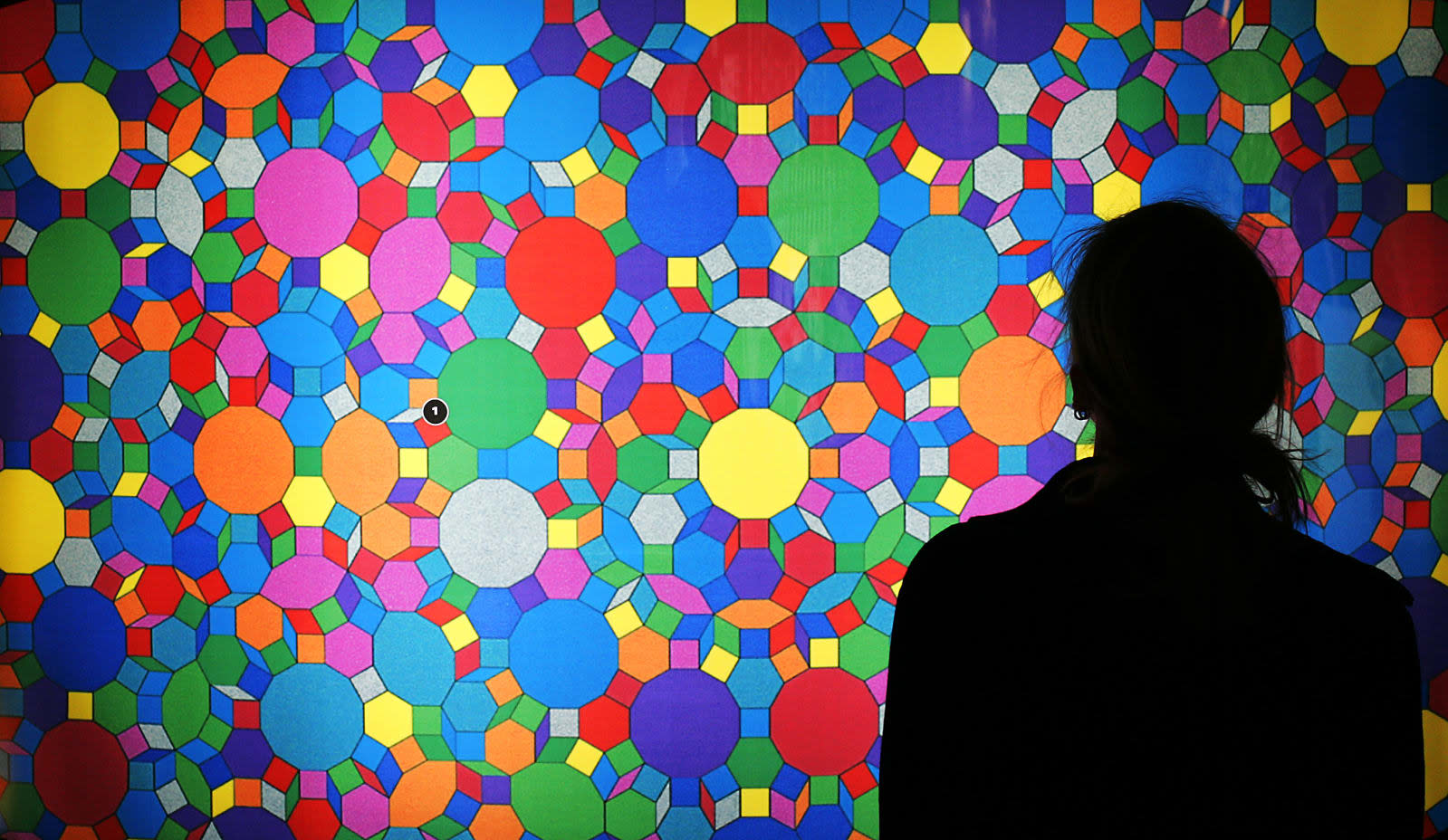 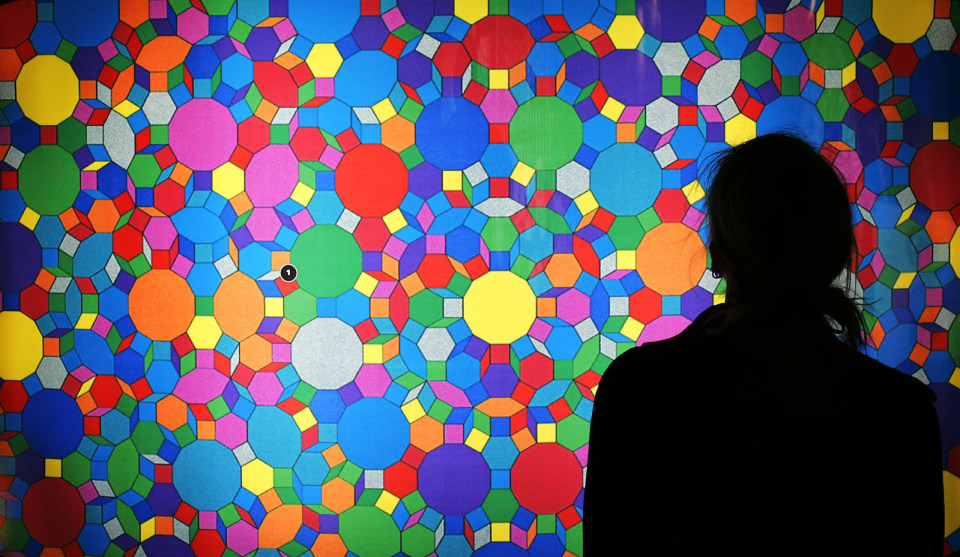 Welcome, dear readers, to Engadget's new series, Hitting the Books. With less than one in five Americans reading just for fun these days, we've done the hard work for you by scouring the internet for the most interesting, thought provoking books on science and technology we can find and delivering an easily digestible nugget of their stories.

The Second Kind of Impossible
by Paul J. Steinhardt In the 1980s, the scientific community was confident that it had identified all of the forms of matter in the universe. What's more, it was equally certain that crystal patterns only ever showed up in two, three, four, and six-fold symmetry patterns -- never five. That is, until theoretical physicist Paul Steinhardt stepped onto the scene. Working from an idea he'd pondered since adolescence, Steinhardt proposed a revolutionary hypothesis that would eventually turn the field on its head. But first, he had to prove this hunch was correct.

The Second Kind of Impossible: The Extraordinary Quest for a New Form of Matter follows Steinhardt -- a researcher equal parts Carl Sagan and Nathan Drake -- over the course of his 35 year career as he scours the globe for evidence of quasicrystals, materials that exhibit five-fold symmetry. His quest takes him from the halls of Princeton University to the seedy underbelly of international academia, pits his team against international smugglers, corrupt scientists and even Russian security forces, before we find him on the Kamchatka Peninsula -- tantalizingly close to his goal -- in the excerpt below.

MIDDLE OF NOWHERE, KAMCHATKA PENINSULA, JULY 22, 2011: Somehow the unimaginable had happened. No one was less suited to take part in, much less lead, an expedition to the remote regions of Far Eastern Russia. Yet here I was.

For the last sixteen hours, I had been riding aboard a giant tracked vehicle that was carrying me, along with half of my team, across the desolate tundra of the northern Kamchatka Peninsula. At last, close to midnight, we rumbled down a steep hill and stopped for the night by a riverbed. I felt calm and settled despite the strange and unfamiliar surroundings.

That equilibrium was shattered the moment I climbed out of the cab and leapt off the huge tractor treads to the ground below. Suddenly I was suffocating. Sensing my breath, hordes of mosquitoes had sprung out of the muck and formed a thick cloud around my head, effectively cutting off my air supply. 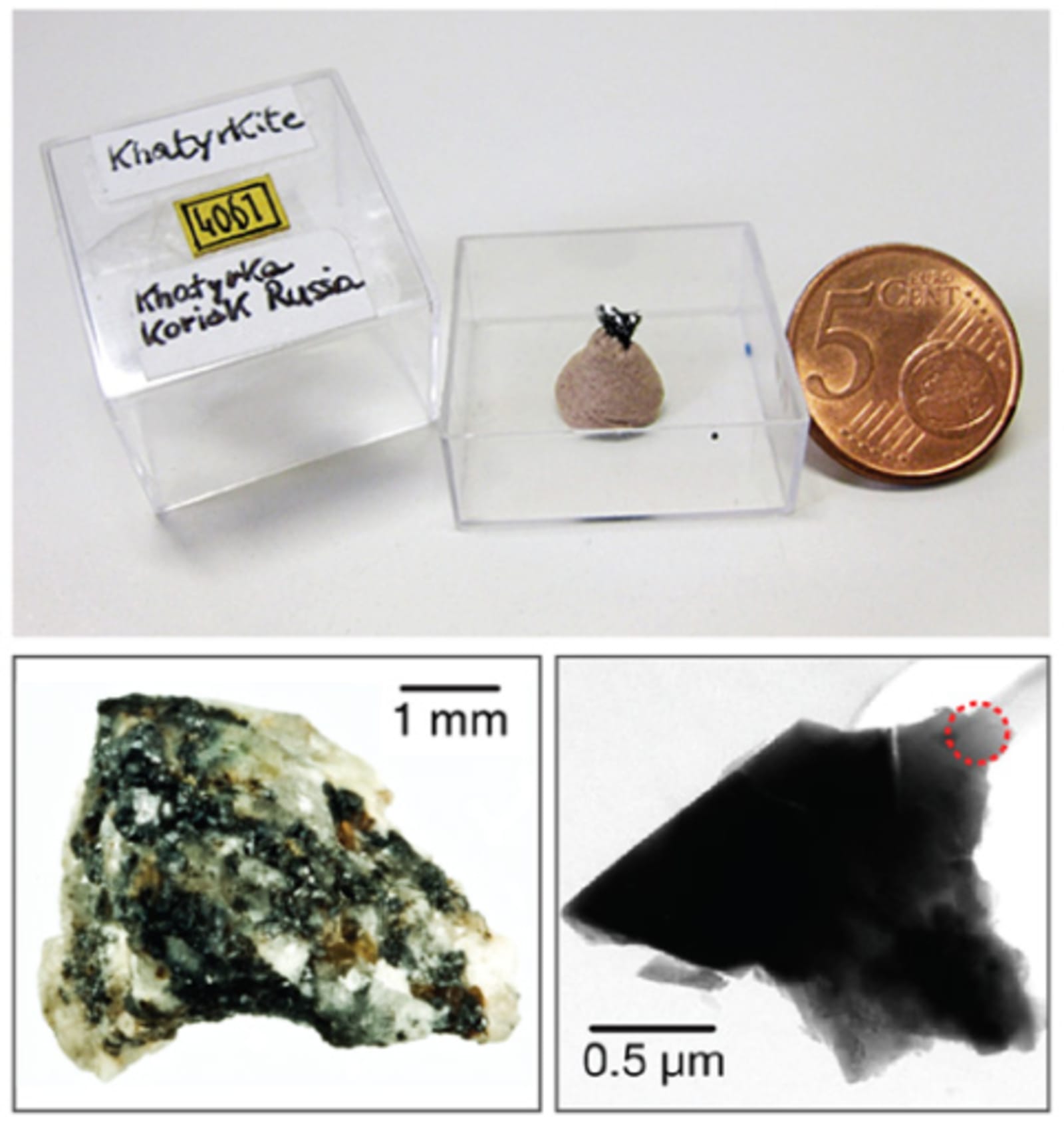 I was desperate and embarrassed at the same time. Desperate to breathe, and embarrassed to display any vulnerability because I was the supposed leader of this expedition. I tried to hide my distress from the rest of the team by slowly edging away toward the hill behind us, all the while futilely attempting to bat away my attackers.

Desperate to regain my composure, I forced myself to focus on the series of events that had somehow convinced me to travel thousands of miles to this hellish, forsaken, mosquito-infested place.

I was originally suckered into the trip by the discovery of a natural quasicrystal in an unremarkable mineral sample that had been hidden for years in the storage room of an Italian museum. Through extraordinary detective work, we had proven that the sample was part of an ancient meteor dating back 4.5 billion years to a time before the birth of the solar system. Our extraterrestrial had survived numerous interstellar encounters and collisions while hurtling through space at nearly 100,000 miles per hour. It finally entered the Earth's atmosphere about seven thousand years ago, around the same time human beings were inventing the wheel. The meteor announced its arrival by heating to a spectacular incandescence, streaking across the sky just south of the Arctic Circle before landing in the Koryak mountain range in the Kamchatka Peninsula where it remained undisturbed for thousands of years.

In 1979, a young Russian student named Valery Kryachko was hired to search for platinum along a stream bed in the middle of the Koryaks and accidentally found a piece of our extraterrestrial buried in layers of a mysterious blue-green clay. From there, the unrecognized sample began a thirty-year journey which eventually brought it to our laboratories, where we discovered natural quasicrystals embedded inside.

Now, several years after that discovery, we were returning to Kamchatka with that same Russian student, now sixty-two years old, in search of more pieces of the meteorite. 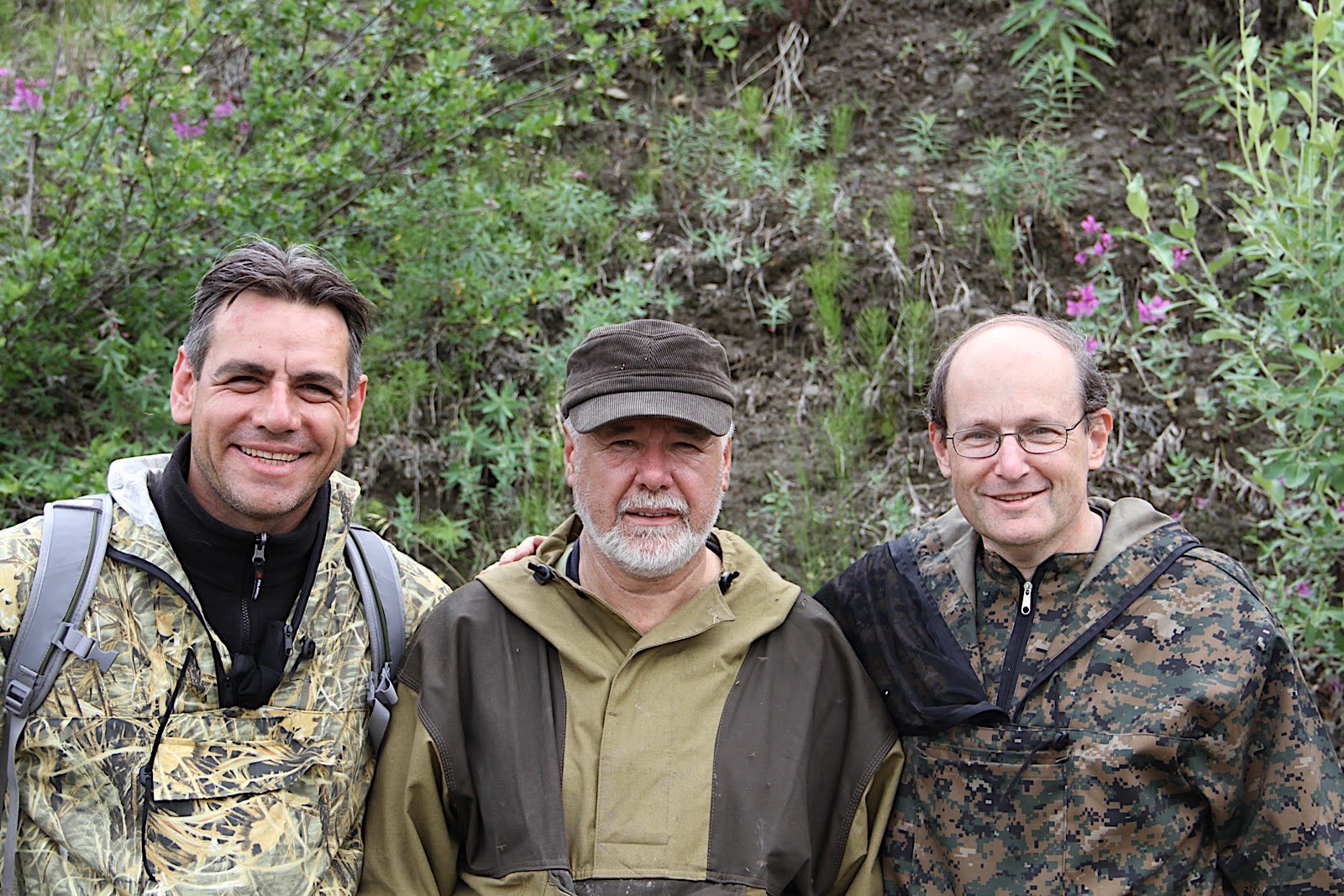 We knew the Florence museum sample was controversial. The weird chemical compositions of the quasicrystals and some of the metallic crystal alloys we identified contradicted scientific principles about what forms of matter could exist in nature. So in spite of all the evidence we had gathered, a few scientists continued to question whether the sample was natural at all.

We had been chipping away at the Florence sample for the past two years on two continents, performing every test imaginable to learn the secret behind the never-before-seen minerals. We had conducted so many tests, in fact, that we had managed to destroy all of the sample and had nothing left to study. The only way to advance the science was to travel to Kamchatka and find more material.

Having come this close to proving natural quasicrystals exist, I had no choice. I was absolutely compelled to go Kamchatka! Wasn't I?

Although I was still suffocating, barely squeezing in quick breaths of air while swatting away at the insect swarm, these inner thoughts began to calm me down. And then, a tsunami of panic swept over me as a truly terrifying thought came to mind. The second vehicle carrying the other half our team—including my youngest son Will—was missing.

The two vehicles had been traveling together most of the day, but Will's truck had been limping along because of mechanical problems and had slipped out of sight a few hours earlier. Our driver had assumed it was trailing just beyond our view. But if that were the case, it should have caught up with us by now.

Standing alone at the top of the hill in Kamchatka with my stomach in knots and my mind reeling, desperate for any sign of Will and the rest of my team, I felt an overwhelming sense of guilt. I had challenged the impossible once too often with the horrifying result of having put my own son's life in danger and perhaps losing half of my team.

One by one, I had blown past explicit warnings from all kinds of experts: Searching for new samples is hopeless. A trip to such a remote region is not worth the risk. The expedition will never be fundable. Pulling together a team in just a few months is unachievable. You took a wrong turn in this investigation. It's foolhardy for someone like you to make this trip. That expedition site is inaccessible.

Hopeless. Several geologists told me the chance of finding another piece of our meteorite in the vast emptiness of Kamchatka was less likely than pinpointing a needle in the proverbial haystack.

Have you looked at a map, Paul? Talk about impractical. You don't even have the GPS coordinates of the original dig site, do you?

Colleagues warned me that I was putting too much faith in a sixty-two-year-old Russian scientist and his ability to remember crucial details of a long-ago incident that had no special significance for him at the time. Even if Valery Kryachko was capable of leading us to the exact spot where he had discovered grains from the meteorite more than thirty years ago, which everyone considered unlikely, the chance of finding additional material from the same meteorite was infinitesimal because the grains would be tiny, thinly dispersed, and hard to discern from the millions of other grains in the area. No geologist in their right mind would commit time and resources to such a crazy endeavor.

I had to concede that our chances of success were close to nil. But at the same time, they were not zero. And as long as there was a nonzero chance of finding more samples and solving the mystery of their origin, there was no choice but to pursue and persist. My timing was dictated by the fact that Valery, the only person in the world who could point us to the source, was willing and able to go. It was now or never. Or so I convinced myself.

Not worth the risk; quit while you're ahead was the message from several influential physicists.

Luca Bindi and I should rest on our laurels, they argued. Our Science article had already convinced nearly all of the scientific community that natural quasicrystals exist. Why take the chance of going to Kamchatka and coming up empty or, worse, finding confounding evidence? Either result might further encourage the few skeptics who still question your conclusions and could raise doubts about your entire investigation.

I understood that a failed expedition could put our credibility at risk. But I had been searching for supposedly impossible quasicrystals for nearly three decades, and as a result had become somewhat immune to the skepticism of other scientists. My Italian colleague, Luca Bindi, felt the same and our shared obstinacy had taken us down a number of blind alleys. But it had also enabled us to make some amazing discoveries and I was not prepared to put an end to that process. We could not let the fear of failure prevent us from doing our utmost to solve the scientific mysteries that remained.

In this article: entertainment, hittingthebooks, kamchatka, materialscience, PaulSteinhardt, Princeton, quasicrystal, science, space, tomorrow
All products recommended by Engadget are selected by our editorial team, independent of our parent company. Some of our stories include affiliate links. If you buy something through one of these links, we may earn an affiliate commission.