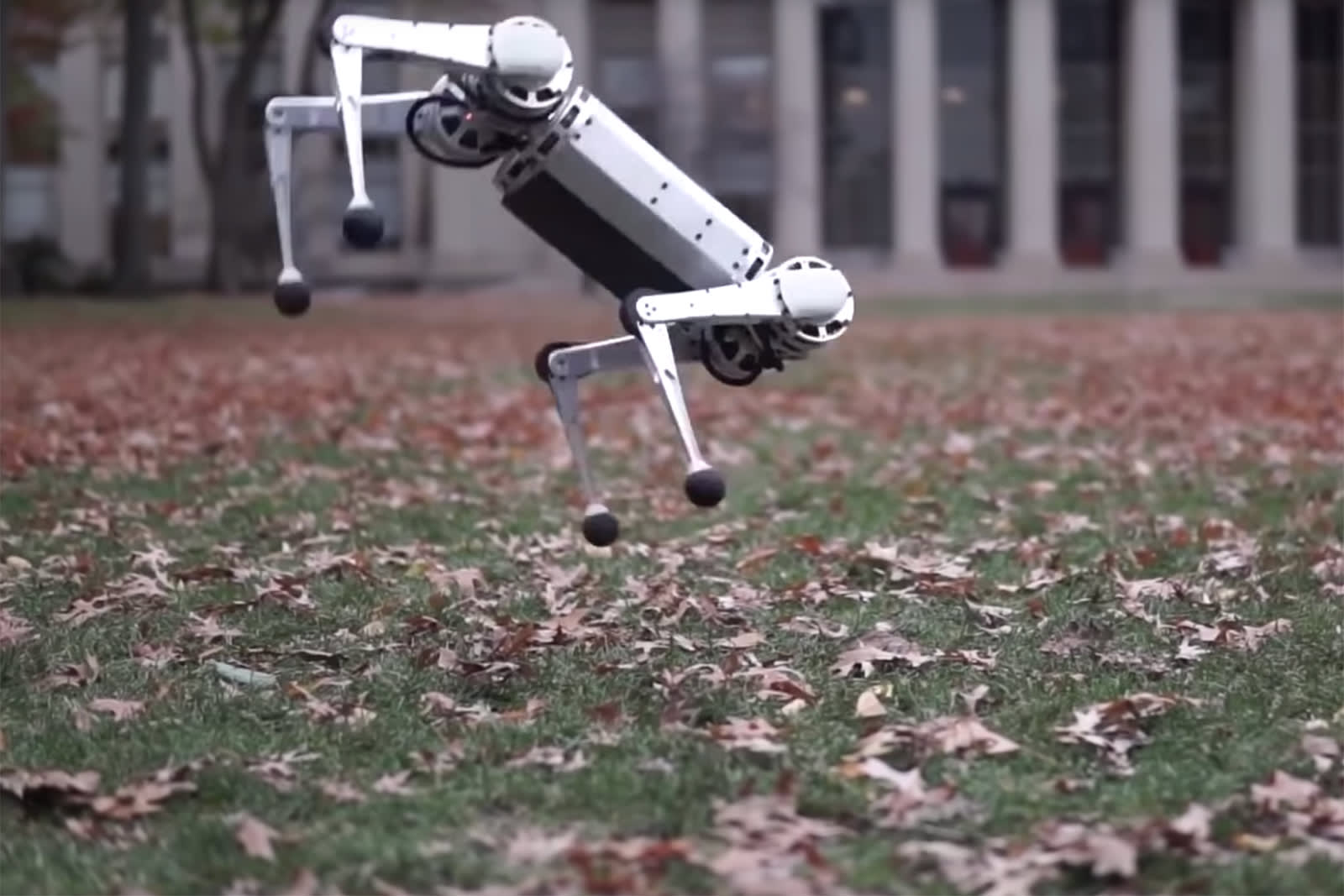 MIT's original Cheetah robot is already quite nimble on its feet, but there's now a smaller counterpart that might put it to shame. Researchers have shown off a new Mini Cheetah that can pull off a number of slick moves, including backflips -- it's the first four-legged robot to pull off the feat, according to MIT. It can also walk upside-down Exorcist-style, pick itself up after falls and trot at a relatively brisk 5.5MPH on less-than-smooth terrain.

The small-scale Cheetah is far from perfect. It doesn't always stick the landing, as you can see in the clip below. It's also just a research project, you're not likely to see this exact bot in the wild like you might with Boston Dynamics' SpotMini. This does bode well for a future of agile automatons, though. And look at it this way: if you're worried that robots will turn on humanity, they'll at least have some panache while they exact their vengeance.

In this article: backflip, cheetah, gear, minicheetah, mit, Robopocalypse, robot, robots, video
All products recommended by Engadget are selected by our editorial team, independent of our parent company. Some of our stories include affiliate links. If you buy something through one of these links, we may earn an affiliate commission.