Our first shots with the new Nokia 9 PureView

Our review is still in progress, but c'mon -- you just want photos, right?

Mobile World Congress is finally, officially over, but there's no time to rest — not when we got the chance to test the Nokia 9 PureView around Barcelona, at least. We received the device just in time for its official release today, and early birds can pick up HMD's new photographic flagship for $599 for the first week; after that, the price balloons up to the regular $699.

That might not be a bad deal considering the level of ingenuity that went into these cameras, but since we've only had the phone for about a day, it's tough to say whether the Nokia 9 PureView is actually worth the price. For now, while we settle in at home and get working on the full review, take a look at a handful of photos we shot in beautiful Barcelona before our short, post-trade show vacations came to a close.

Note: These images have been watermarked and resized, but have otherwise not been edited.

It'll take some time to get a full sense of what the Nokia 9 is capable of, but the fact that it captures full-scale depth maps means you can achieve some seriously impressive bokeh here. It's not exactly perfect, though: images with depth maps attached come out noticeably darker than standard JPEGs or RAWs, and the software still occasionally struggles with isolating objects in the foreground. Hair, in particular, can be troublesome for the PureView, but it doesn't matter as much when your hair is made of plaster: 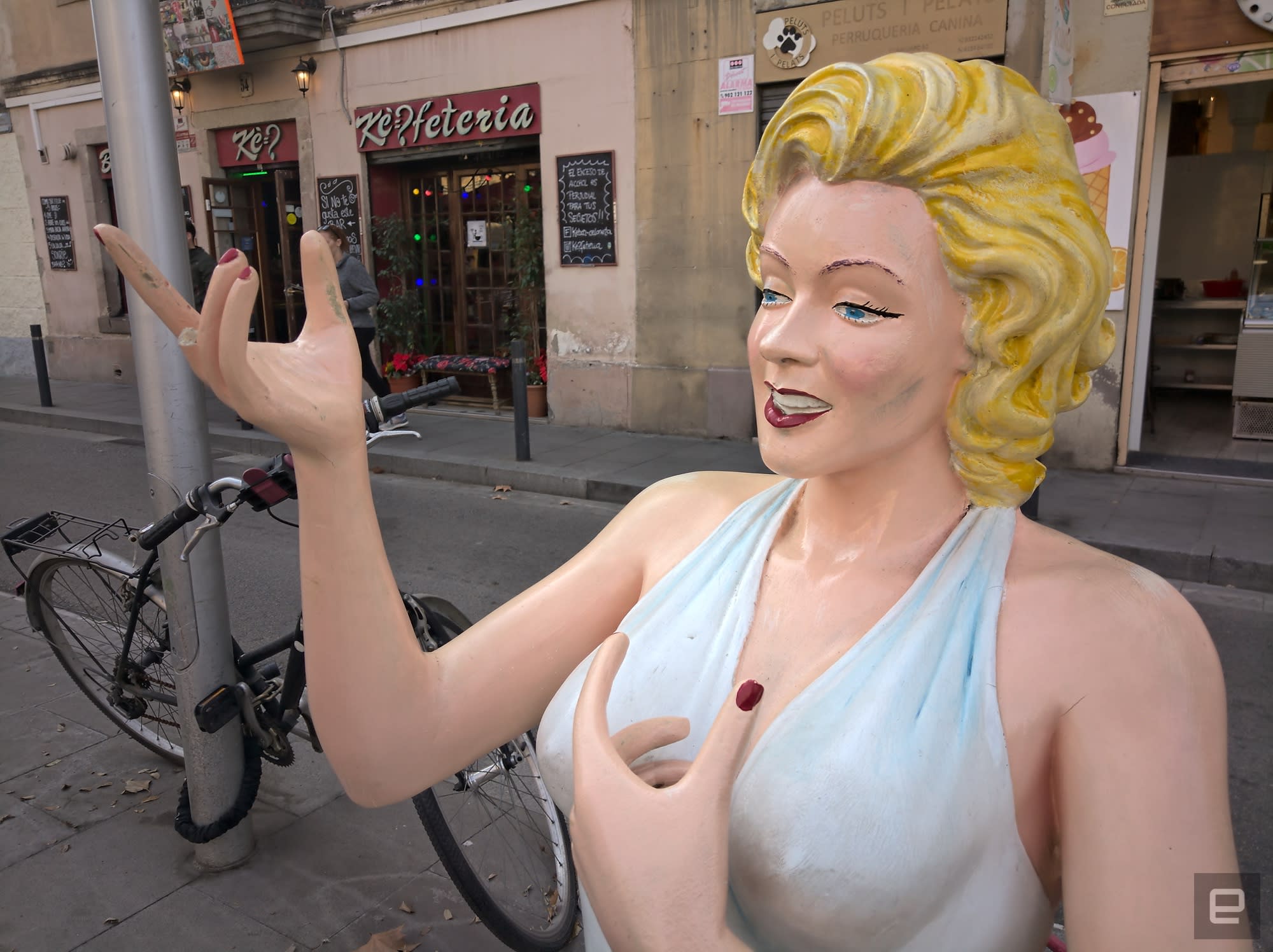 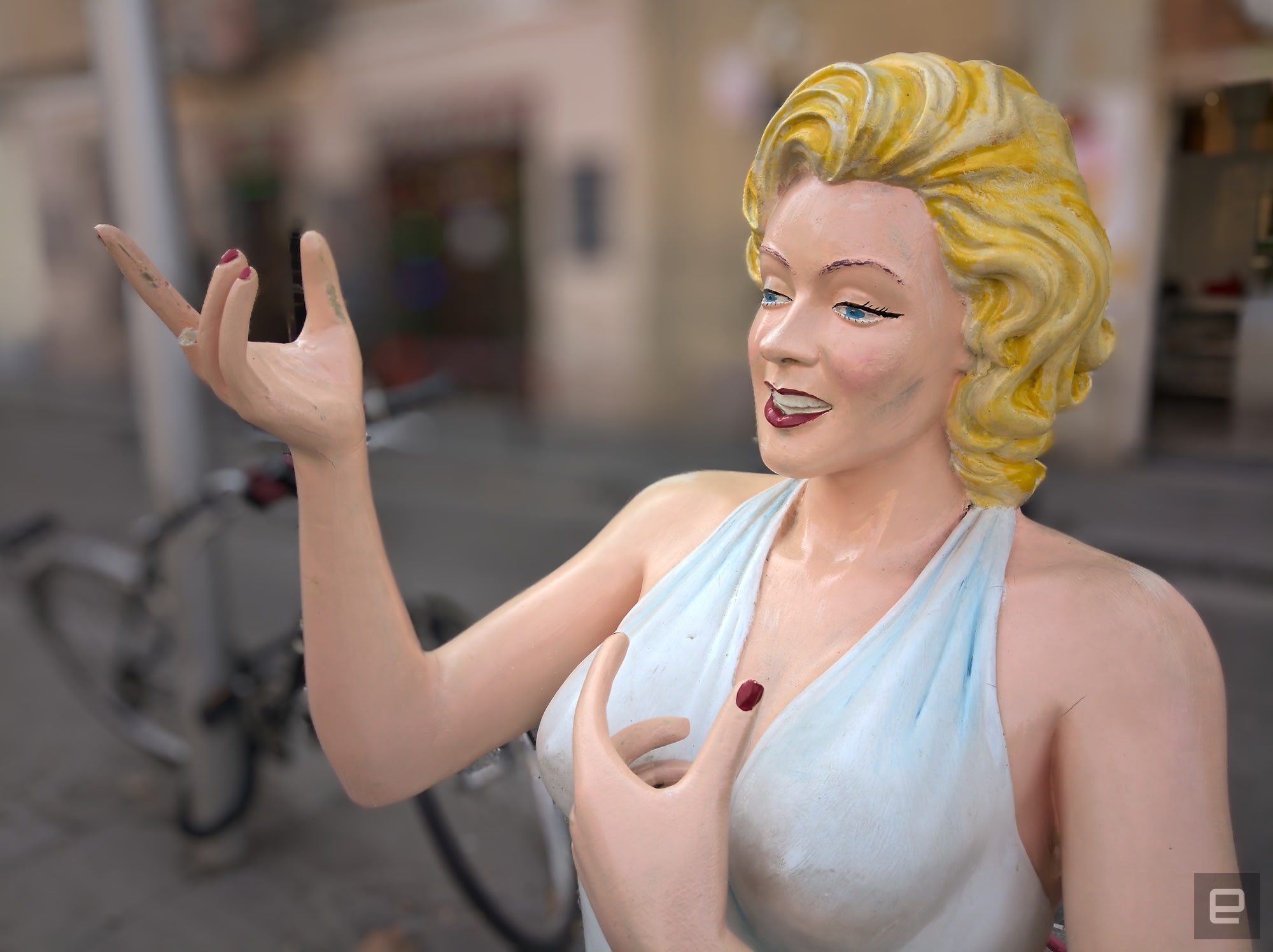 I've spent a decent chunk of my weekend eating my way through Barcelona, and I couldn't resist the urge to snap a few food photos. (Alright, maybe more than a few.) While the Nokia 9 tends to struggle during low light, those rare moments when the sun is in exactly the right place means the phone occasionally churns out some downright sumptuous shots.

As I mentioned in our earlier hands-on, the Nokia 9 produces realistic, almost flat colors. While that gives you considerably more latitude to play around in post, that does also mean photos captured with the phone don't look as immediately thrilling as those shot with, say, a Galaxy S10. It's an important difference in philosophy to keep in mind if you're thinking of splurging on this phone -- Nokia wasn't kidding when it said the PureView was a phone meant for photographers. We'll still need time to test the phone further, but I think it's safe to say that for people looking for a no-fuss camera that takes amazing stills, the Pixel 3 is the Android phone to beat. If you love the process of taking photos and turning them into something reflective of your vision, well, the Nokia 9 is more your speed.

All products recommended by Engadget are selected by our editorial team, independent of our parent company. Some of our stories include affiliate links. If you buy something through one of these links, we may earn an affiliate commission. All prices are correct at the time of publishing.
View All Comments
Our first shots with the new Nokia 9 PureView