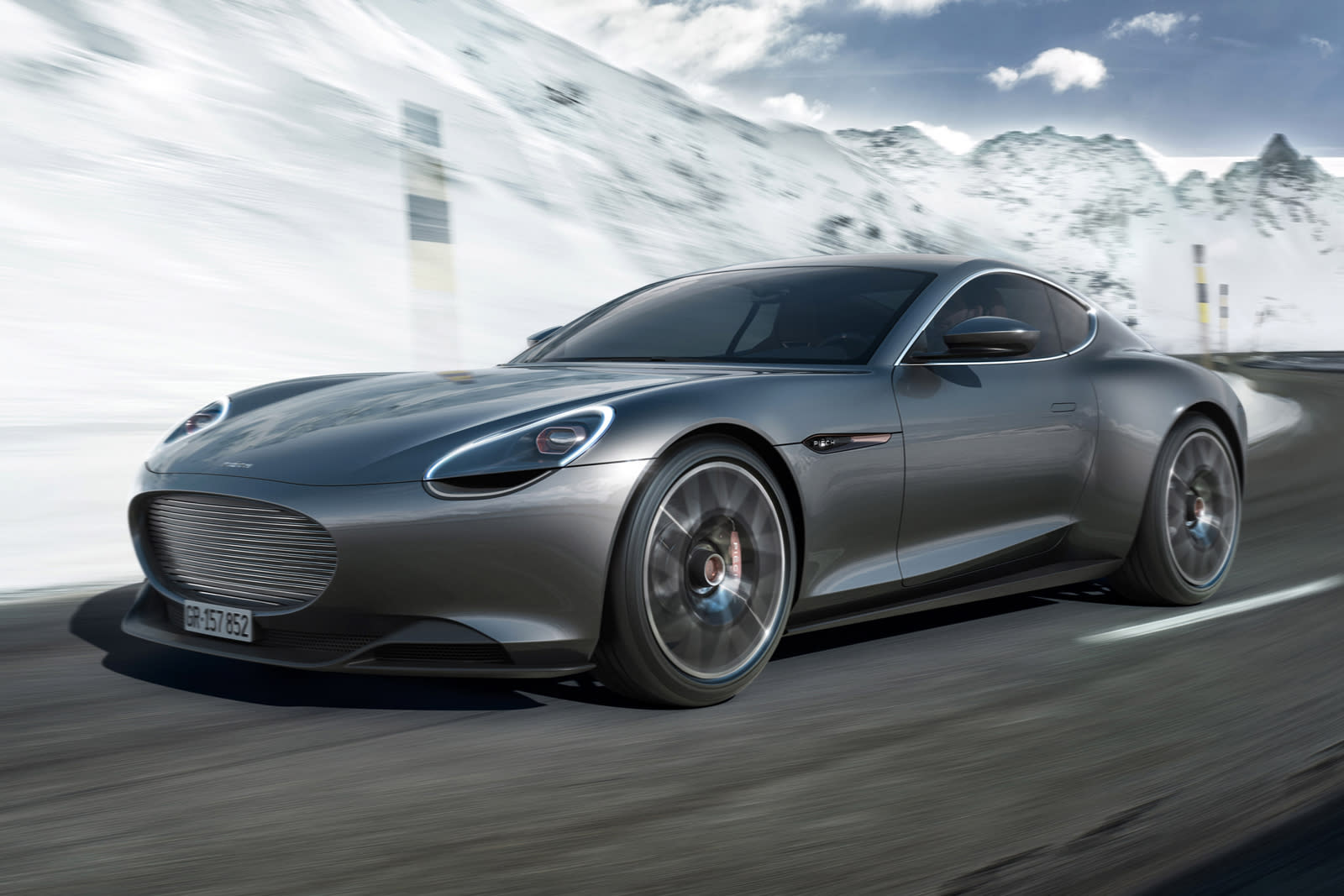 For many would-be electric car buyers, slow charging is frequently a major obstacle -- even Porsche's promise of 15 minutes for 250 miles is agonizingly long when you're in a hurry to get home from work. The upstart brand Piëch (created by Toni Piëch, a descendant of VW's Ferdinand Piëch) might just eliminate that hurdle with its just-unveiled Mark Zero. The electric sports coupe uses "special" battery cells that can handle high currents without a risk of overheating, allowing it to reach an 80 percent charge in an extremely speedy four minutes and 40 seconds. It might not take much longer to top up your EV than it would to fill the gas tank in a conventional car.

The Mark Zero should be a capable performer beyond that obvious selling point. Piëch claims a 311-mile range on the WLTP testing cycle, for one thing. It also packs sufficient oomph, with a front 150kW motor and two rear 150kW motors taking the car to 62MPH in 3.2 seconds. Not surprisingly for a German-Swiss partnership, the top speed levels off at 155MPH.

There's even a bit of future-proofing. The modular design makes it easier to swap out both the hardware and software. You could upgrade to higher-capacity battery cells, as an example. Piëch also isn't shy about pitching this to other brands. It hopes to sell the modular system to others that could make hybrids, fuel cell cars or even conventional gas guzzlers.

Two-seat, four-seat and even SUV variants are in the pipeline, the company added.

For now, there are two things that might give potential buyers reason for pause: availability and support. The automaker hasn't nailed down a release date or even manufacturing partners, so it might be a while before the first production model rolls off the line. More importantly, those ultra-fast recharges will depend on having a charging network to match. While Piëch is working with China's Qingdao TGOOD on infrastructure, it's unclear just where these stations will appear and how many you'll see. Until this kind of charging performance is widely available in the automotive world, you might have to live in a specific region to enjoy extra-quick electricity.

In this article: antonpiech, electriccar, electricvehicle, ev, gear, geneva motor show 2019, green, markzero, piech, piechmarkzero, sportscar, transportation
All products recommended by Engadget are selected by our editorial team, independent of our parent company. Some of our stories include affiliate links. If you buy something through one of these links, we may earn an affiliate commission.