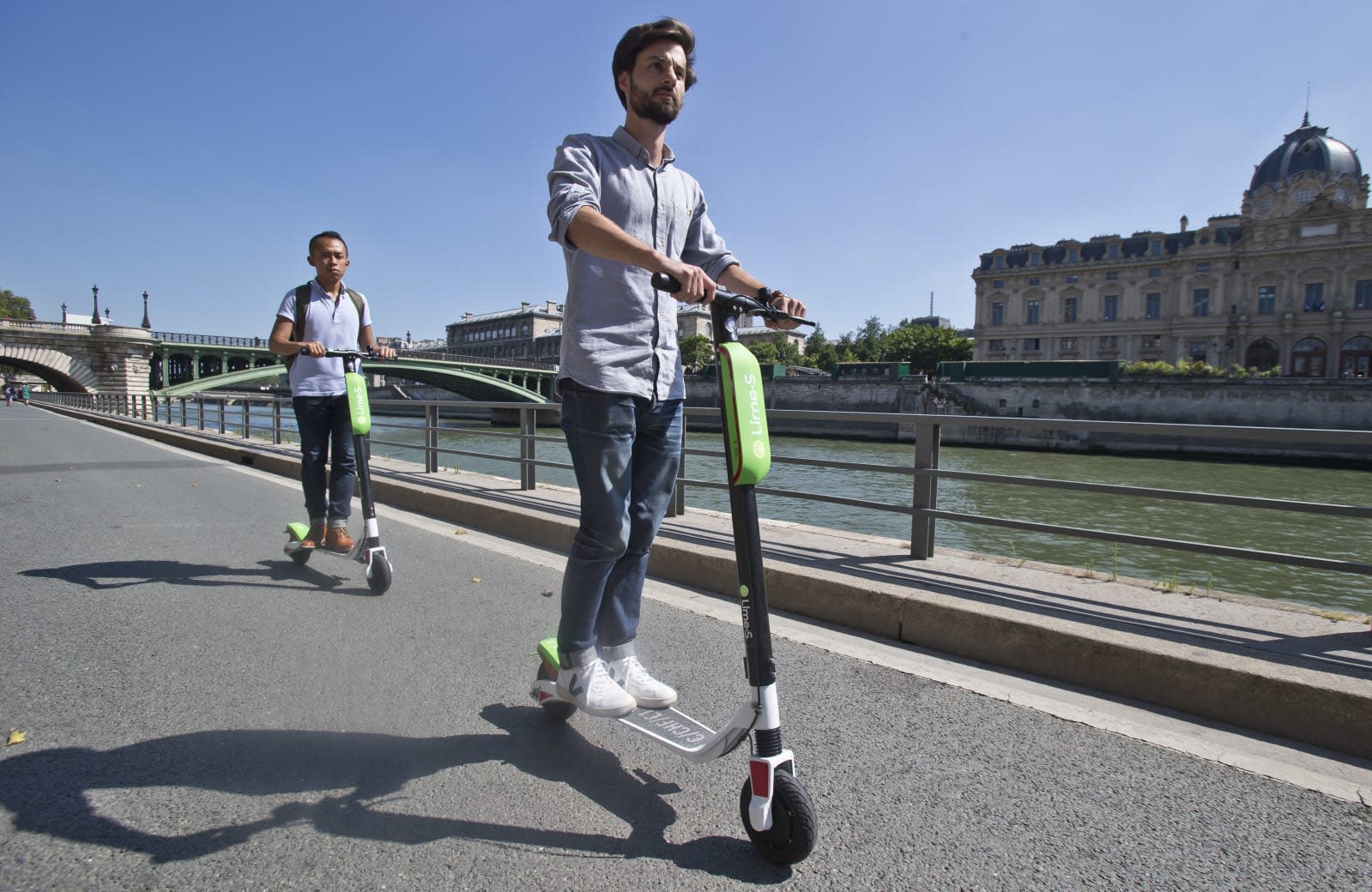 Starting this week, you'll be able to use Google Maps to locate Lime scooters, bikes and e-bikes in more than 80 cities. In a trial-run that began last December, the app gave transit users a Lime option, but it was limited to 13 cities. By the looks of this expansion, the test-run went well.

To locate a Lime electric scooter, pedal bike or electric-assist bike in one of the participating cities, you'll simply click the transit icon. Below the available bus or train routes, Google Maps will prompt you to "also consider" Lime. Maps will show how long it will take to walk to the Lime device, an estimated cost and an overall journey time and ETA. Click the Lime option, and Google Maps will redirect you to the Lime app or prompt you to download it.

The added Google Maps feature will roll out in 23 international cities and more-than 50 US cities. In the states, this includes several mid- to large-sized cities. You won't find the function in Boston, for example, but you'll see it in neighboring Chelsea, Everett, Malden, Medford and so on. You'll see it in larger cities like Denver and Atlanta; in New York City, you can use the Lime app to locate wheels, but you'll only see the Google Map integration in Queens and Rockaways.

As we reported in December, Google's partnership with Lime isn't surprising. Its parent company Alphabet invested in Lime last summer, and just after the deal closed, Uber began offering Lime rentals through its app. And of course, Alphabet has stakes in other transit companies, like Waymo's self-driving cars and Sidewalk Labs' public transit endeavors. We're willing to bet this is just the beginning, and you'll soon spot the Google-Lime partnership in more and more cities.

In this article: ebike, gear, google, google maps, lime, mobile, scooter, scooter sharing, transit, transportation
All products recommended by Engadget are selected by our editorial team, independent of our parent company. Some of our stories include affiliate links. If you buy something through one of these links, we may earn an affiliate commission.