Aston Martin's futuristic hypercar uses your smartphone as its touchscreen

Aston Martin dropped a hat-trick of announcements today, confirming work on three new vehicles: the Vanquish Vision Concept (codenamed AM9), the AM-RB 003 hypercar and the Lagonda All-Terrain Concept. The Vanquish Vision Concept -- which revives the Vanquish name -- has been in production for two years. Its arrival marks the first time Aston has put a mid-engine model into series production (which is slated for 2022). The twin-turbocharged engine's capacity is as-yet unspecified, but is likely to be around 3.0 liters, given the size of similar engines from other carmakers.

Aston's new AM-RB 003 hypercar (formerly known as Project 003) is also a gas-guzzler. It'll have the same engine has the AM9 and according to the brand's press blurb, "will incorporate concepts and technologies taken directly from F1," which will give top-end hypercar rivals a run for their money. Curiously, though, the car will come without a dashboard touchscreen -- presumably in a bid to lightweight it as much as possible. Instead, owners will have to mount their own smartphone to the dash if they want to use navigation or play music through Spotify. The company has been a little vague on the specs, but it's likely to be on the road by 2021. 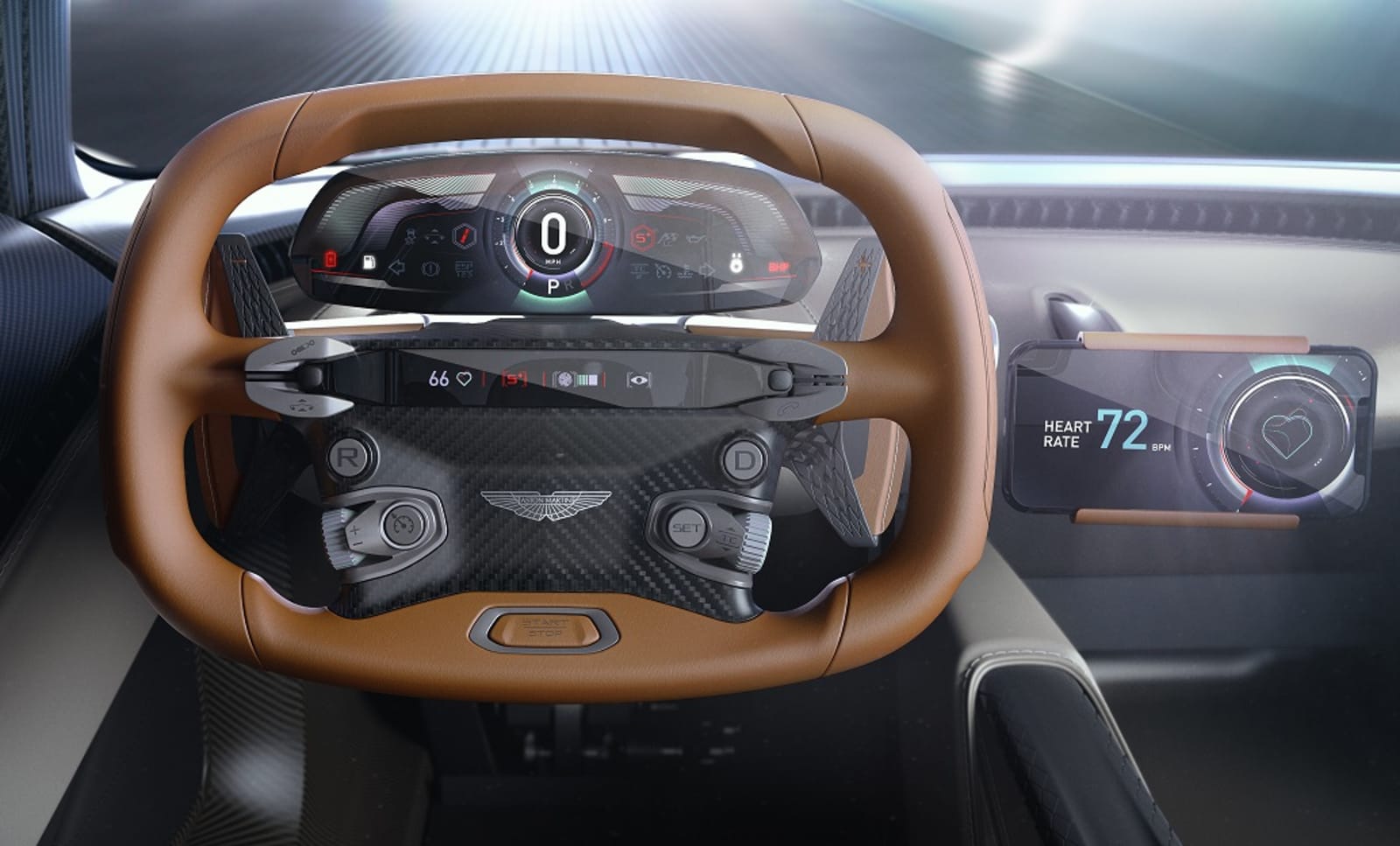 Lastly, there's the Lagonda All-Terrain Concept -- a focal point of Aston's transition into a luxury all-electric brand. A key takeaway here is the space on offer. The company has taken advantage of the lack of internal combustion engine and has mounted the batteries in the floor, so the vehicle is ultra-roomy on the inside. On the outside, it's pretty futuristic-looking, which according to Aston boss Andy Palmer, makes it a car well-suited for tech entrepreneurs. "The guys who drive Teslas, not Bentleys and Rolls-Royces," he tells AutoCar. Again, no word on the specifics, but it's rumored that Aston is hoping for an all-electric range of around 400 miles for the production version, with wireless rapid-charging technology that'll fully juice up the battery in around 15 minutes.