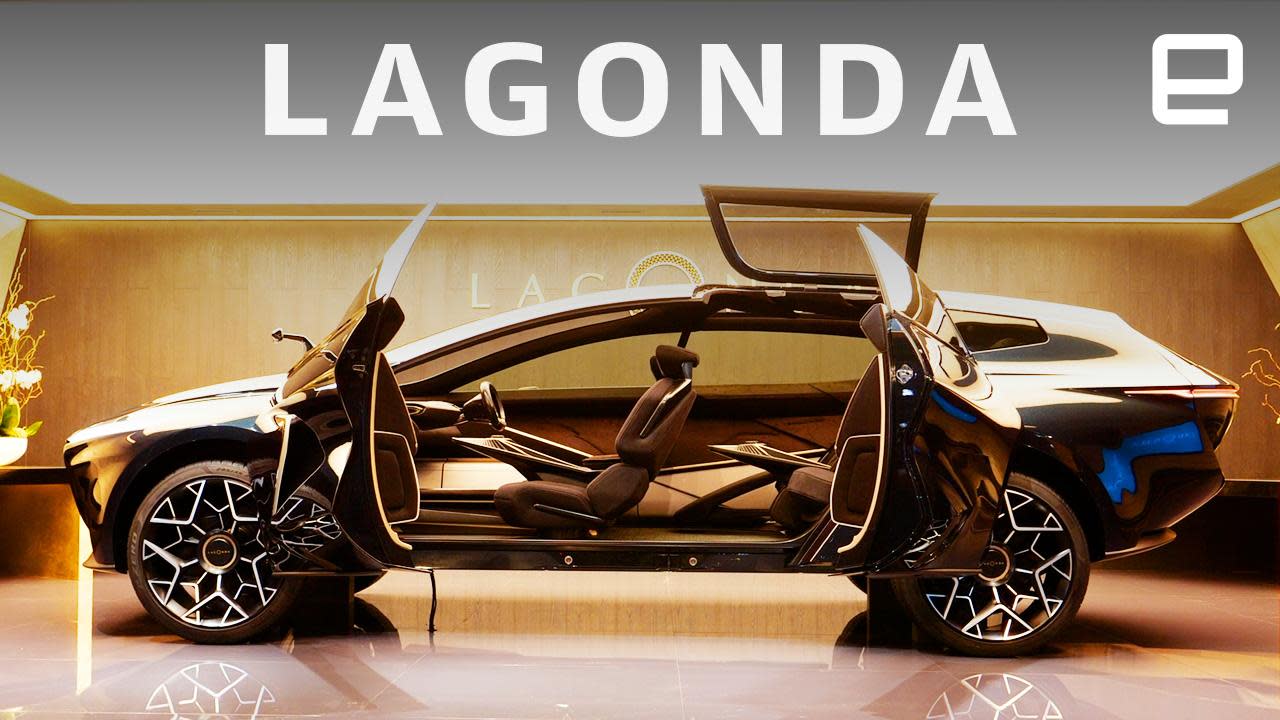 Aston Martin's Lagonda luxury brand will form part of the company's move to EV and hybrid only vehicles by the mid-2020s. A year after relaunching the premium marque with the Lagonda Vision saloon, the British automaker is back at Geneva to show off its new SUV concept. The Lagonda All-Terrain is an all-electric vehicle that will go into production in 2022 at a new facility in Wales.

The references to Mars and scientific research in Aston Martin's announcement suggest it's angling the EV toward Musk-wannabe tech CEOs. But given Lagonda's high price tags, the All-Terrain will probably make Tesla's SUV seem affordable in comparison. There's a lot of talk of tech in general: Aston Martin says the front two seats can rotate to face the passengers "during autonomous operation." But it adds that for the most part a driver will have to take control during journeys. And "thanks to the wonder of electromagnets" your car key will float when placed between the front seats (because why the hell not?).

A glance at the windscreen and side-glass indicate the All-Terrain's design cues hail from the Vision concept EV. Of course, this being an SUV, it's a lot roomier inside thanks to its elongated exterior. There's no mention of how powerful the All-Terrain is, but it's obviously meant for off-raid antics as well as city drives. Aston Martin will rely on two electric motors, one at the front and back, according to Top Gear. The SUV's glass roof should also ensure you can take in more of your surroundings.

In this article: aston martin, electric vehicle, ev, gear, geneva motor show 2019, Lagonda, suv, tomorrow, transportation
All products recommended by Engadget are selected by our editorial team, independent of our parent company. Some of our stories include affiliate links. If you buy something through one of these links, we may earn an affiliate commission.