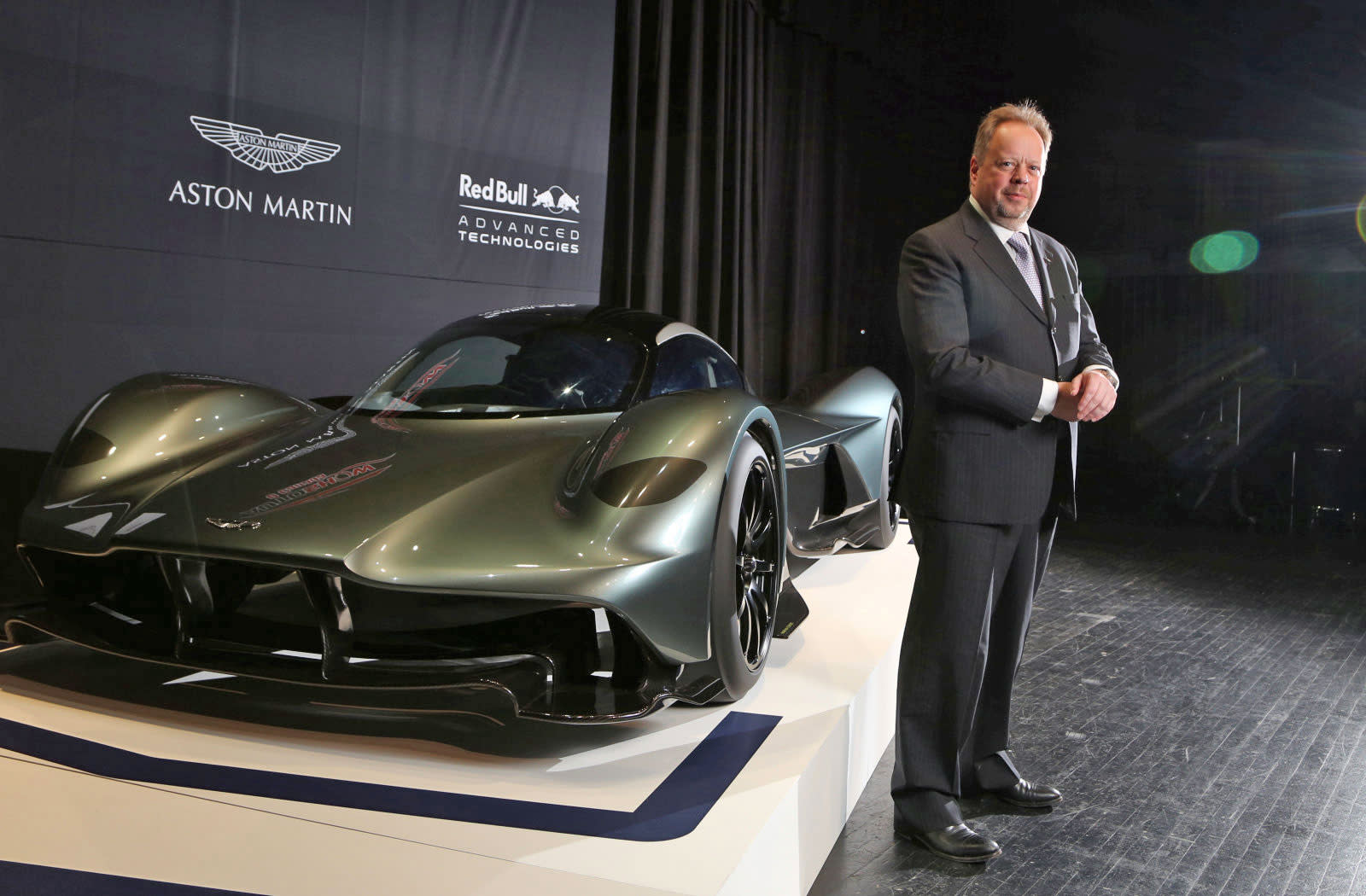 The car James Bond drives in the next 007 film might be a hybrid. Aston Martin, famous for supplying the spy's chosen vehicle, announced that its entire automotive lineup would be hybrids by the mid-2020s. By 2030, the automaker intends for a quarter of its sales to come from electric vehicles, the company's CEO told Financial Times.

The promise comes soon after Volvo pledged to stop selling gas or diesel-only cars within the next two years in favor of hybrids and EVs. Not that Aston Martin is jumping on a trend: The automaker has been making concepts and working on commercial versions of hybrid and plug-in electric cars since 2015. While the company's plans to make EVs with LeEco-connected Faraday Future stalled out, it's going ahead with production of its all-electric concept car, the RapidE. Though that sportscar is nowhere near consumer-affordable with a $255,000 price tag, it will be the automaker's first EV when it rolls off the line in 2019.

Aston Martin will be building its own electric driving systems instead of getting them from its partner Daimler, which supplies the British carmaker with setups for its V8s. Building tech in-house is a sure sign for how important the company thinks electric vehicles will be:

"You need to keep core technology inside the company," Aston Martin CEO Andy Palmer told Financial Times. "That's why we make our own V12 engine. We believe that EVs [electric vehicles] are a core technology, and therefore we want to do them ourselves."

In this article: AstonMartin, automaker, cars, ElectricVehicle, hybrid, transportation
All products recommended by Engadget are selected by our editorial team, independent of our parent company. Some of our stories include affiliate links. If you buy something through one of these links, we may earn an affiliate commission.