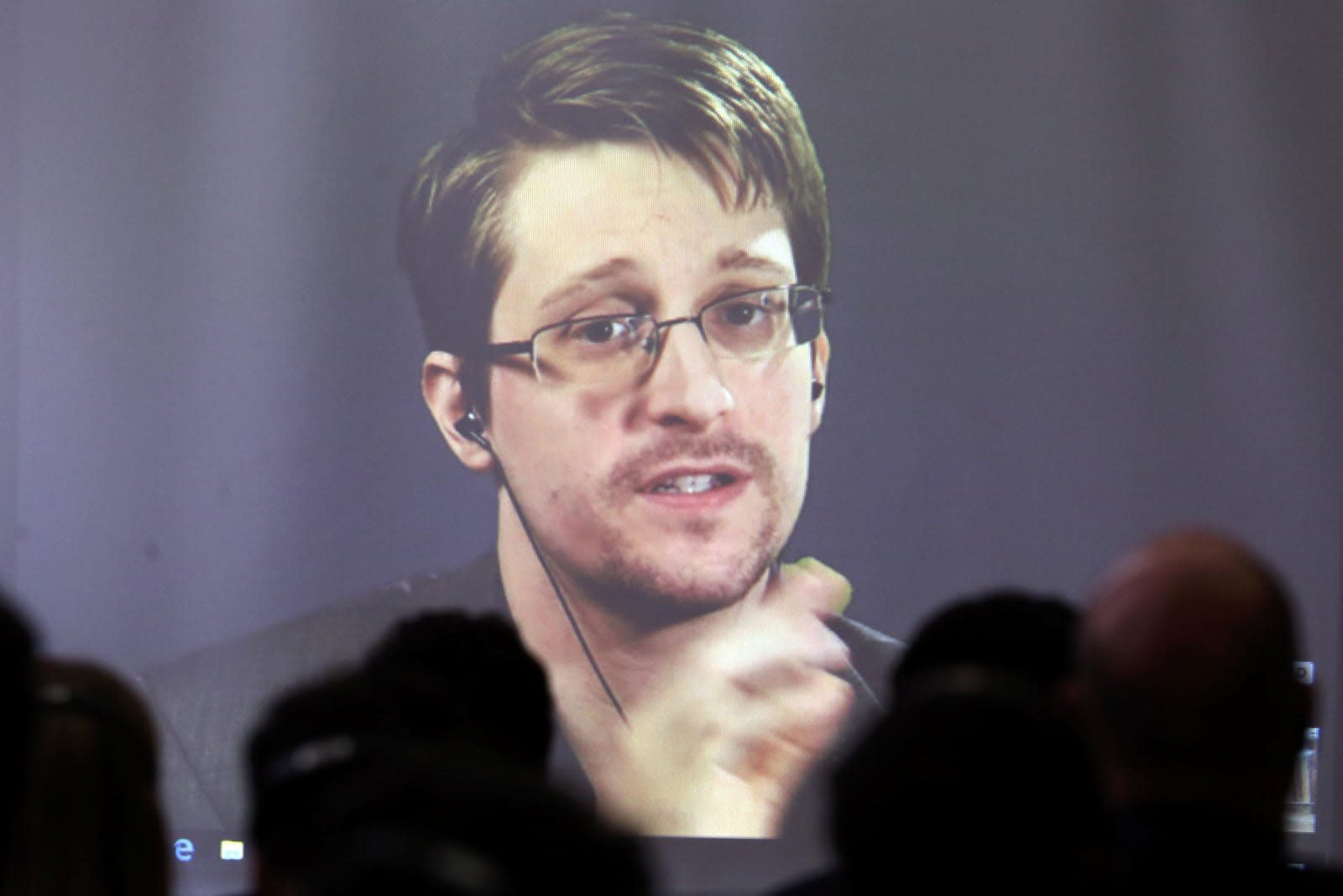 The US government might put an end to the controversial NSA phone surveillance program Edward Snowden exposed by the end of 2019. Republican congressional national security adviser Luke Murry revealed during a Lawfare podcast that Congress might not renew the USA Freedom Act, which authorizes the agency's call data bulk collection, when it expires later this year. He also said that the NSA hasn't even been using the system for the past six months, putting into question the agency's previous claim that data collection is vital to national security.

In his interview, Murry seems to indicate that the technical irregularities the NSA experienced last year started its predicament. According to The New York Times, those technical problems contaminated the agency's database with information it had no authority to collect. Officials were forced to purge hundreds of millions of call and text logs it got from phone companies as a result.

If you'll recall, Snowden leaked the NSA's surveillance activities to the media back in 2013. This particular program gathered domestic phone calls' metadata that shows callers, recipients and the time of contact. It allowed the agency to find associates linked to terrorism suspects. Under the program's original form, phone companies had to hand over all the logs they collect to the government. The USA Freedom Act approved in 2015 due to intense backlash from Snowden's revelations softened its power to an extent. Now instead of automatically handing over data to the agency, phone companies keep what they collect and only give investigators access to records relevant to a terrorism investigation.

While the Freedom Act cut down the number of records the NSA collected from billions per day to a few hundred million per year, its scale remained huge. The agency got access to 151 million call logs in 2016, even though it only obtained court orders for 42 targets. In 2017, it got its hands on 534 million records despite investigating 40 suspects only.

Daniel Schuman, the policy director of civil liberties group Demand Progress, told NYT that if the government truly hasn't used the system over the past six months and the "sky hasn't fallen," then its advocates will have to prove that it's worth the effort. Murry's disclosure "changes the entire landscape of the debate," he said, especially since it was previously established that the program hasn't actually prevented a terrorist attack yet.

Neither the agency nor Representative Kevin McCarthy of California, for whom Murry works, would confirm his statements. An NSA spokesperson told NYT back in January that officials are still discussing whether to ask the government to extend the Freedom Act beyond 2019.

In this article: edward snowden, gear, nsa, politics, security, surveillance
All products recommended by Engadget are selected by our editorial team, independent of our parent company. Some of our stories include affiliate links. If you buy something through one of these links, we may earn an affiliate commission.