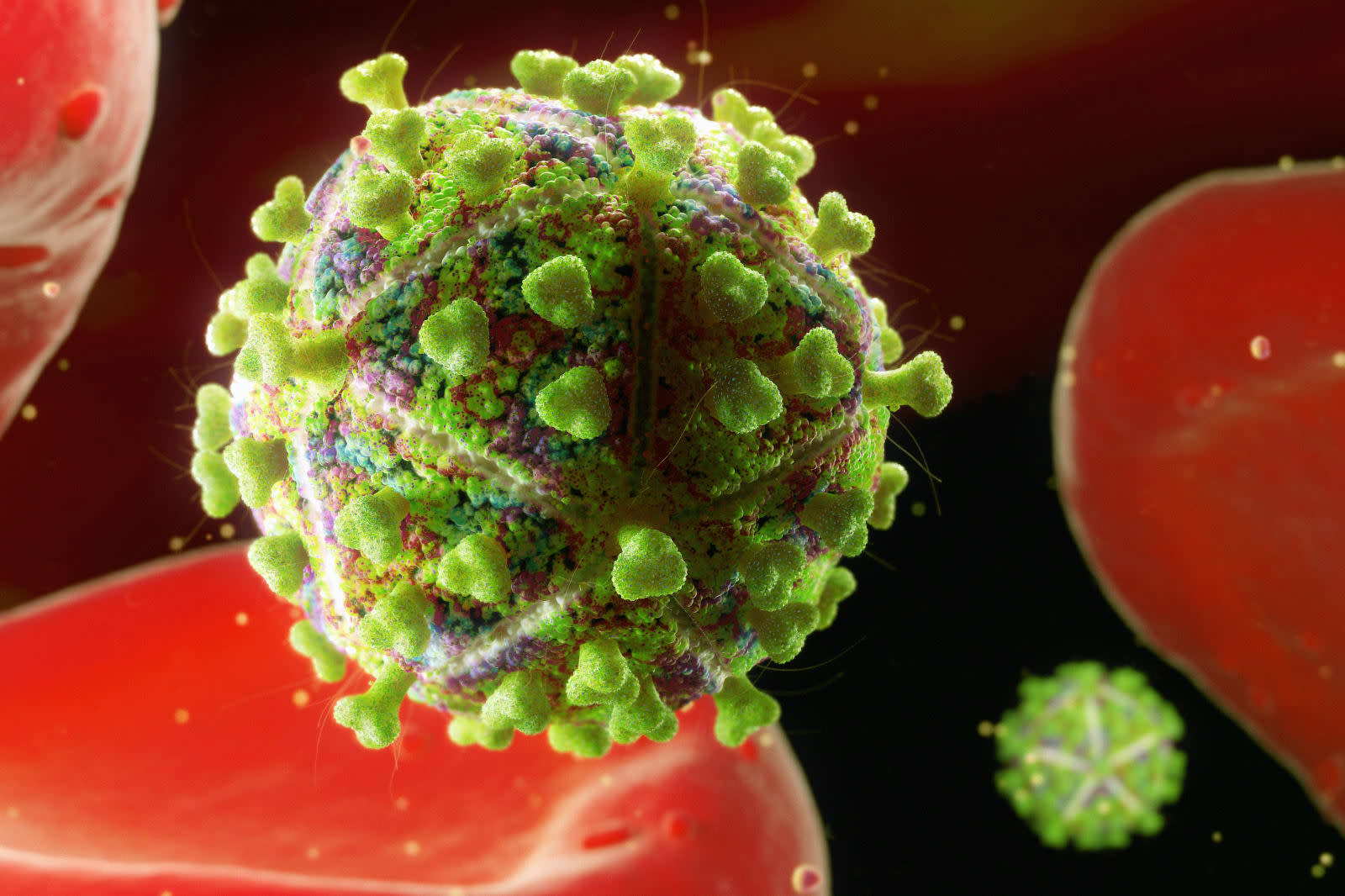 There appears to be more than one promising sign in the quest for an HIV cure. Researchers have given a London patient a bone marrow stem cell transplant that has left him HIV-free for the past 18 months. As the donor has a very rare genetic mutation (CCR5 delta 32) that makes them HIV-resistant, the stem cells sent the HIV into remission with only a "mild reaction" from the treatment. It's a positive sign, and it suggests that the stem cell transplants that 'cured' Tim Brown in 2007 weren't just flukes.

There are numerous caveats that prevent this from becoming a surefire solution, though. Even if the CCR5 mutation wasn't extremely rare, you'd still have to match the immunological footprints of the donor and the patient to prevent the bone marrow from reacting badly to the recipient. Also, lead researcher Ravindra Gupta told Wired the transplant was a "last chance of survival" for a patient with Hodgkin's lymphoma. He needed both chemotherapy and the stem cells, the combination of which puts a lot of stress on your body. You likely wouldn't want to try this unless you'd exhausted other options.

Instead, you're more likely to see scientists focus on editing existing genes to disable CCR5 and prevent HIV from getting in. That's considerably harder and could bring controversy, but it would be less drastic and wouldn't require a highly unlikely donor match. In that light, the newly HIV-free patient is a sign that medical science is on the right track -- it's just going to take a while to reach the end of that track.

In this article: aids, gear, genetics, health, hiv, medicine, science, stem cell, stem cells, stemcell, stemcells, tomorrow, transplant
All products recommended by Engadget are selected by our editorial team, independent of our parent company. Some of our stories include affiliate links. If you buy something through one of these links, we may earn an affiliate commission.