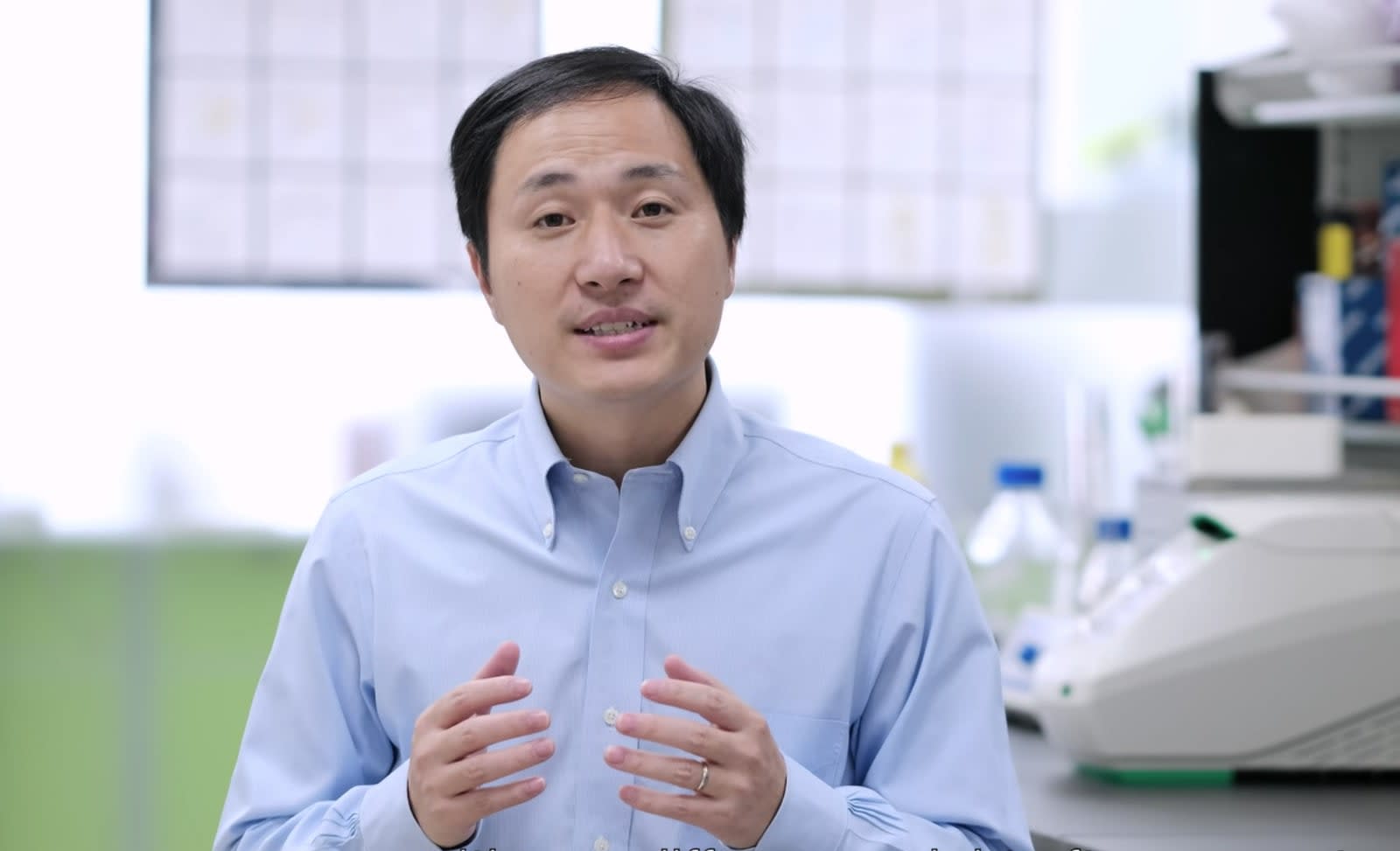 A Chinese scientist claims to have created the world's first genetically-edited babies using the CRISPR/Cas9 tool. He Jiankui (pictured) told the Associated Press that twin girls, Lulu and Nana, were born earlier this month following embryo-editing using CRISPR to disable the CCR5 gene, which allows the HIV virus to infect cells. An American scientist, Michael Deem, also reportedly assisted He on the project at the Southern University of Science and Technology of China.

According to He, embryos were edited for seven couples affected by HIV, with one pregnancy resulting thus far. He added that the patients refused to be identified or interviewed.

However, the hospital where He reportedly conducted the work has poured cold water over his claims. "What we can say for sure is that the gene editing process did not take place at our hospital. The babies were not born here either," a spokesperson for Shenzhen HarMoniCare Women's and Children's Hospital told TechCrunch.

The news is already causing an outcry among researchers in the US, who slammed it as "unconscionable" and "immoral and unethical." It follows similar reactions to China's breakthrough on genetically-modified human embryos in 2015, which saw researchers remove a gene called HBB, responsible for the fatal blood disorder β-thalassaemia.

Notably, He's work has not been published in a peer-reviewed scientific journal, meaning there's no independent confirmation of the research. In an earlier report, the MIT Technology Review linked to Chinese medical documents posted online in the Chinese Clinical Trial Registry -- a primary registry of the World Health Organization's International Clinical Trial Registry. Scientists shown He's materials by the AP concluded that the tests so far are insufficient to say the editing worked or to rule out harm to the genetically-edited babies.

Both the UK and Japan have given the green light to edit donated human embryos to better understand developmental processes. Meanwhile, the National Academy of Sciences also endorsed embryonic engineering last year, but only in cases that would otherwise result in children being born with serious genetic diseases.

In this article: china, CRISPR, CRISPRCas9, embryo, GeneticallyModified, GeneticEngineering, Genetics, medicine, science, tomorrow
All products recommended by Engadget are selected by our editorial team, independent of our parent company. Some of our stories include affiliate links. If you buy something through one of these links, we may earn an affiliate commission.