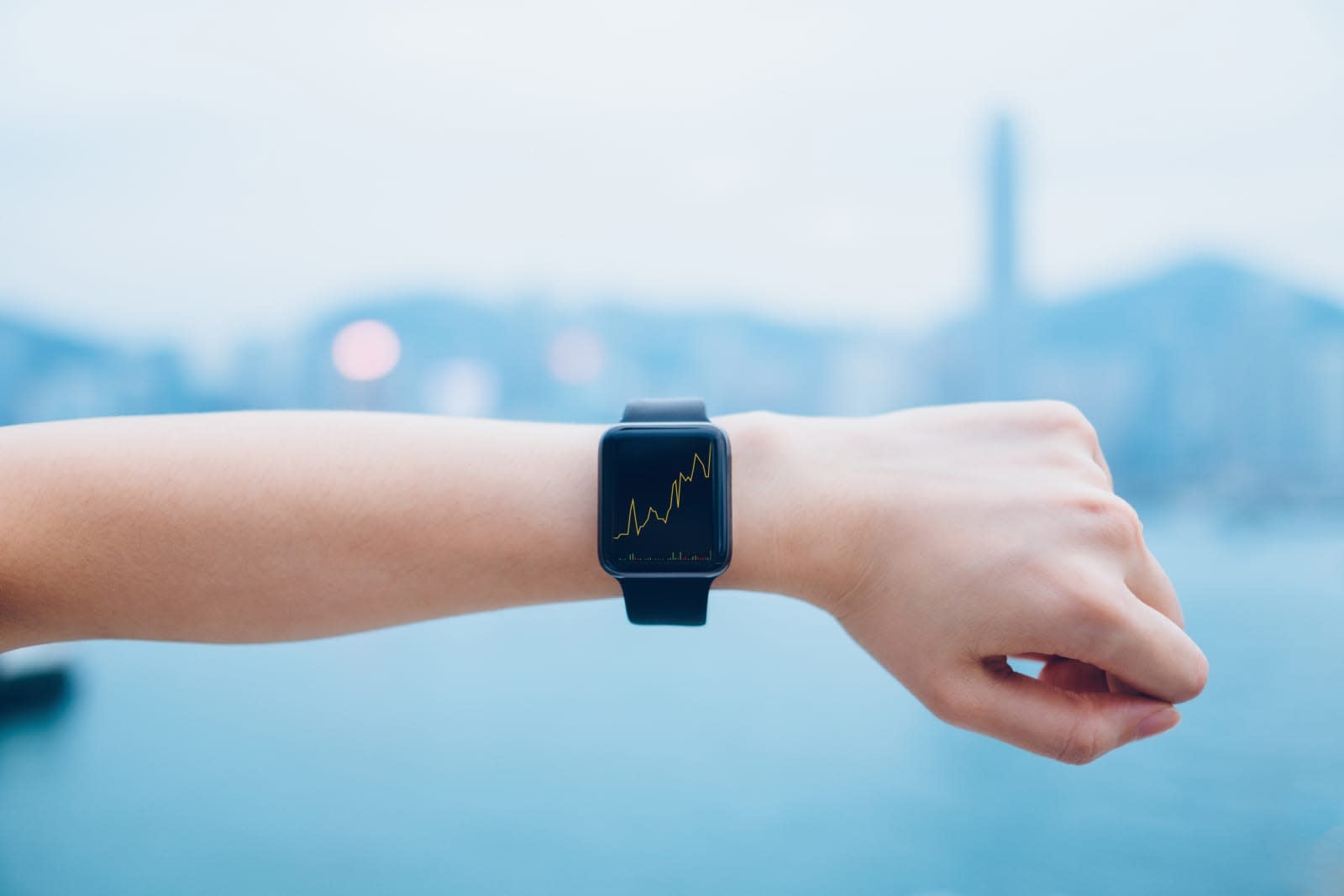 Sticking to its upward trajectory, the wearable market saw staggering growth through the end of 2018. That's not entirely a surprise. While the wearable business is tough, the market as a whole has been steadily increasing. But the rate at which the market has expanded more recently is impressive.

Numbers released by the International Data Corporation show 31.4 percent growth in the wearable market (or 59.3 million units) in the fourth quarter of 2018. While Q4 numbers are inflated by holiday sales, there's no denying wearables' increased popularity. For the entire year, 172.2 million devices shipped; that's up 27.5 percent over 2017. It's also more than double the 10.3 percent growth that 2017 saw over 2016.

It's no surprise that Apple maintained its position at the top, but it's worth noting that the company continues to add useful features. It's the first smartwatch with a built-in electrocardiogram (ECG) feature, which can warn of conditions like atrial fibrillation and is likely a move to secure its role as a leader in the wearable-health space.

Predictably, smartwatches accounted for 34.3 percent of the wearables market in Q4 of 2018, and as Strategy Analytics recently reported, Apple dominated, shipping 9.2 million Watches in the quarter. But "ear-worn" devices also buoyed the year-end numbers. Thanks to Apple's AirPods, Google's Pixel Buds, Bose's QC3511 and others, these devices grew 66.4 percent in Q4 -- securing 21.9 percent of the market.

Finally, Huawei saw 248.5 percent growth in the wearables market. It wasn't too long ago that the company was a small telephone exchange switches manufacturer. Now it has popular wearables like the Watch GT and FreeBuds 2 Pro. Huawei also saw 43 percent growth in smartphone sales in the quarter. The company shipped 200 million phones in 2018, and many of Huawei and its sub-brand Honor's phones came bundled with wearables, a move that helped the company gain noticeable traction.

In this article: apple, apple watch, business, earbuds, gadgetry, gadgets, gear, growth, huawei, international data corporation, smartwatch, wearables
All products recommended by Engadget are selected by our editorial team, independent of our parent company. Some of our stories include affiliate links. If you buy something through one of these links, we may earn an affiliate commission.