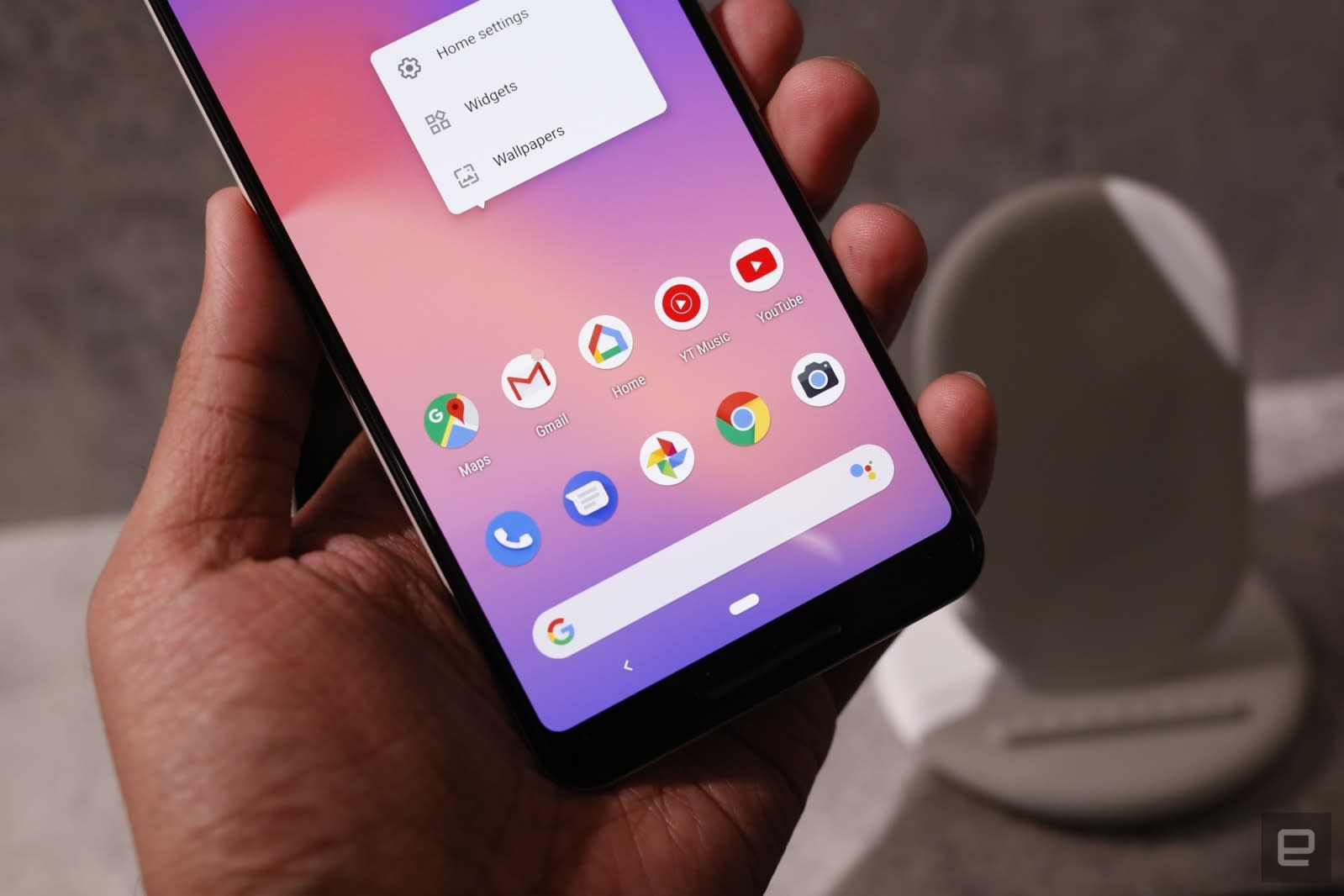 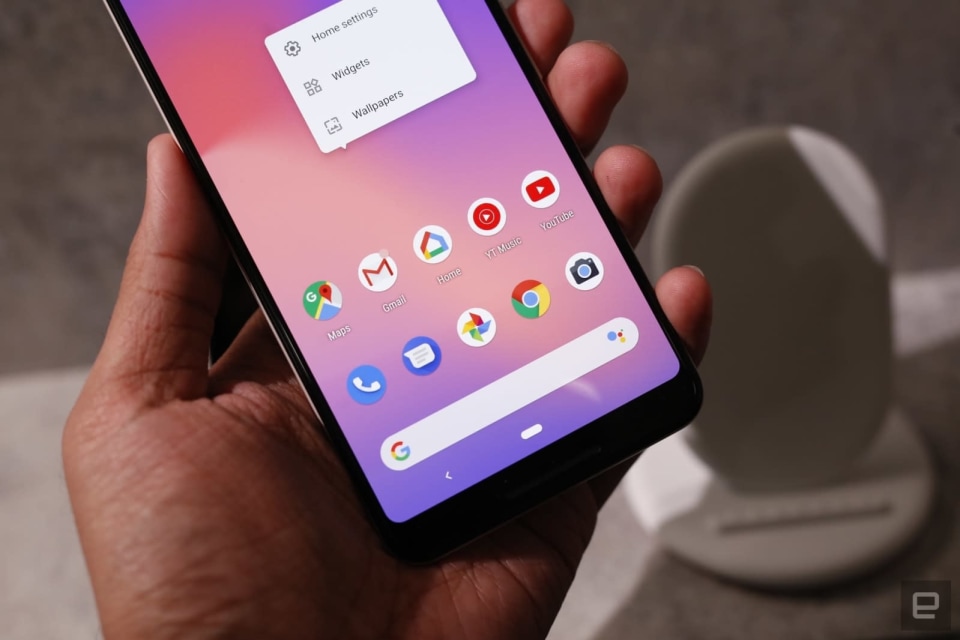 With last year's release of the Pixel 3 and 3 XL Google answered the call of competing smartphones by adding some significant software upgrades, and subtle hardware changes, to its flagship line-up. Aside from the addition of the controversial notch to the XL, the Pixel's body didn't change much from previous iterations; the company also switched to a glass back and provided a full HD+ HDR screen. Indeed, most of the real developments were on the software side. While these were substantial enough to wow reviewer Cherlynn Low and earn the phones scores of 90 and 89 respectively, users were less enthusiastic.

When it comes to the design of the phone, users were split between admiring its premium feel and having concerns about its durability. Lyubomir says the 3 is "light, very well balanced and the frosted back feels entirely different to what I imagined. It's really soft and if I didn't know better I wouldn't guess that it was glass." Brett agreed, stating he "really likes the size and weight of the Pixel 3. Google nailed it here." User mk2 felt the 3 XL's build quality was "much improved over the 2XL, this thing is premium, through and through."

The screen also earned praises. Warren thought it "absolutely gorgeous," while Lyubomir said it had a "much brighter screen" and the colors were "much more vibrant without being oversaturated." mk2 said, "The first thing I noticed on the 3XL is the massive improvement that the screen represented in comparison to my 2XL."

However, users also encountered some minor drawbacks. Lyubomir said the metal frame of the 3 "picks up fingerprints and grease a lot more than I expected." Bryson concurred, noting the glass back "is extremely susceptible to deposition of material, making it appear that the back is scratched." Nathan had a similar experience with his 3 XL, writing "the frosted glass can scratch easily which is too bad," while El said "my old 6P felt much sturdier due to its aluminum body."

A surprising trend amongst the XL reviews was that no one seemed bothered by the (admittedly large) notch. David said it "isn't as big of an eye sore as you might expect. You don't notice it 99 percent of the time." El concurred, sharing "after about an hour of actual use, the notch pretty much disappeared for me. It never gets in the way of any app I've used."

Users were more divided over the battery life. Some, like Stephen, found it phenomenal, while others like Matthew felt "the main negative" of the phone was its weak endurance. Dave said a single charge "will last me all day with moderate use," and Tom added the 3 "will make it through the day on single charge (including three-plus hours of Waze with my daily commute while listening to Podcasts)." However, Jeffrey "noticed significant battery drain" leading him to assume "I'm not doing some things right." Brett felt the runtime was "ho-hum and could be better," while Tim said his "one complaint for the devices has been standby battery life."

On the software side, the camera updates were easily the standout component for users. Vincenzo, a 3 XL owner, exclaimed "WOW. This is where the phone excels." Rob said the camera is "bang on awesome," and Stephen, a self-described former professional photographer, doesn't "even take one of my good cameras to events with me" because of the powerful camera. Likewise, Pixel 3 users were also impressed: Tom enjoyed its photo capabilities "more than my Samsung S7," while Opticron said the new features were "pretty amazing for low light photography and enhanced zoom." David found "from low light shots to portraits to shot selection, the myriad of photo features add up to a top tier experience."

Other popular software features included the gesture controls, which El deemed "really easy to use." David agreed, saying "the Gesture Controls get a lot of hate, but I find it quick and intuitive." Another aspect of the handset that impressed users was the squeeze feature to activate Assistant, which Bill loved on the 3 XL and Matthew felt was "much quicker and easier to activate" on the 3.

A negative theme running through many of these user reviews was the prevalence of bugs and glitches before the December software update rolled out. Users found their camera software unusable across multiple apps; Alan said "I was traveling abroad to Switzerland, and every time I wanted to get a shot [I saw a] black camera screen." Meanwhile Amy discovered "the camera wouldn't work in any third-party apps -- Instagram, Snapchat, my banking app, etc. All useless."

Call quality was also an issue. Thomas noticed an "electrical clicking/buzzing noise in earpiece when on calls," while Jeremiah heard an "occasional electric feedback sound during calls from the top speaker." Rosie complained, "I can hear my caller fine, most of the time, but to them, I often sound robotic or I cut out completely. I constantly have to repeat myself. Other times it sounds like the line has gone dead." Karamijt likewise had "a lot of issues with reception, with the phone cutting in and out making it difficult to have a conversation on the phone that's longer than two minutes." Beverly stated she's "had lots of issues with the speakers."

Fortunately, it appears the December bug fixes solved most, if not all, of these issues. mk2 said their speakers "rattled a little before the update" but with the latest update "sound great." David likewise stated the speaker issues and memory management were fixed by the security patch. But there's no doubt the problems influenced the scores users gave the smartphones: Ryan, who experienced a screen defect and camera issues felt the 3 XL was "hard to recommend." And Beverly said she "really, really wants to love this phone!!! I just wish it wasn't so buggy."

Despite these snags, many users felt there was still plenty to love about the new Pixels, with 3 user David claiming "I came to the Pixel 3 from iOS, and I'm not sure I could ever go back." bassdude7 stated he was so glad "someone is still making high-end phones that you can use with one hand," and technologiq said they "enjoyed my Pixel 3 XL far more than the Samsung S8+ and S7 Edge that I had before it."

Bill said what he likes most about his 3 XL is "is that it has all native apps," and kurohouou gushed "I love the vanilla Android OS and I know I'll always have the latest OS/Security updates." Rob was also enthusiastic: "I was wanting a pure Android experience and the Pixel 3 XL delivers it. It's fast, clean, and for the most part gives me what I'm looking for." Truyen summed up their experience with the 3 XL by saying "the Android OS experience on this phone is hard to beat."

In this article: gadgetry, gadgets, gear, google, Google Pixel, mobile, opinion, pixel, pixel 3, pixel 3 xl, pixel3, pixel3xl, thebuyersguide, user reviews, userreviewroundup, userreviews
All products recommended by Engadget are selected by our editorial team, independent of our parent company. Some of our stories include affiliate links. If you buy something through one of these links, we may earn an affiliate commission.