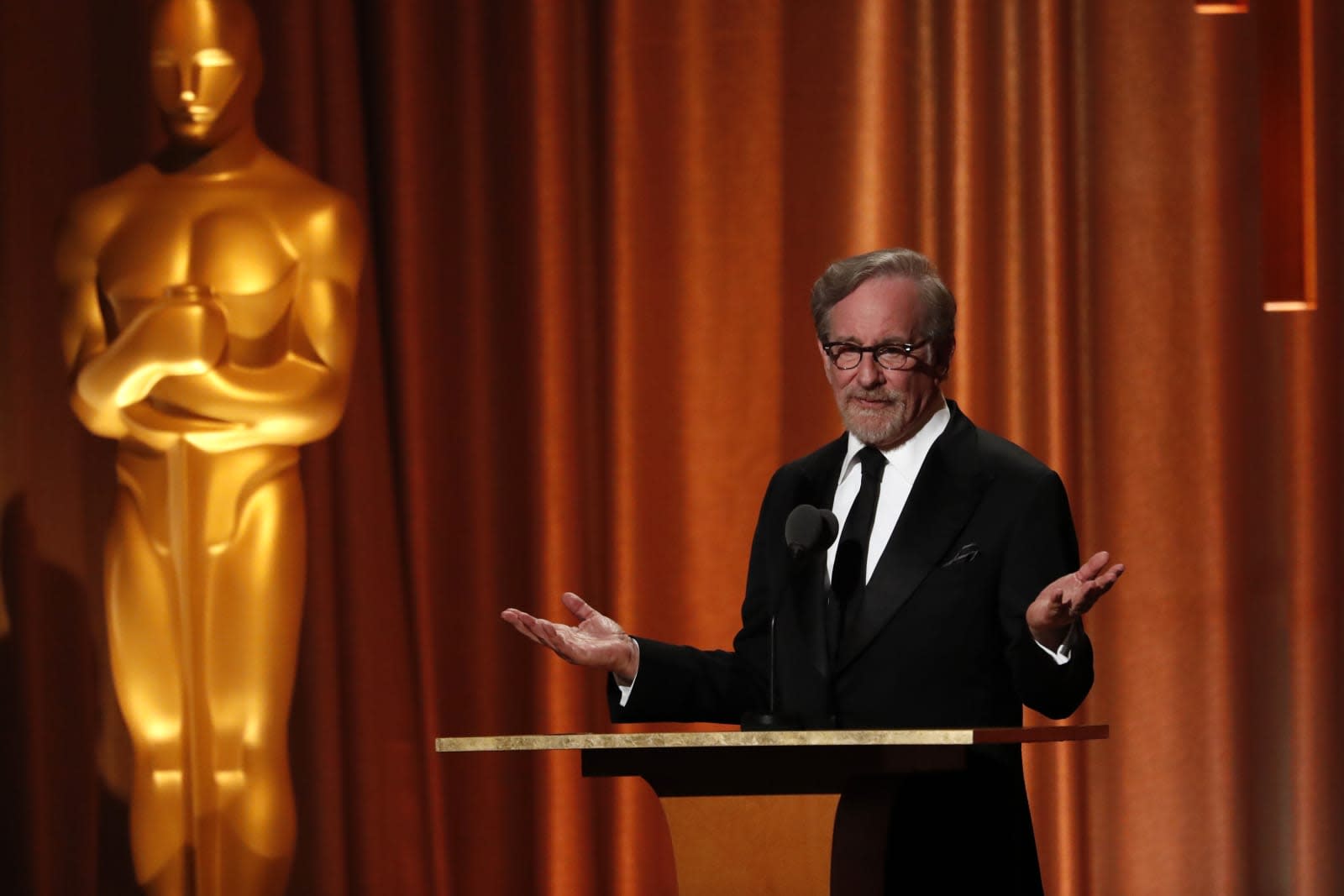 Steven Spielberg is no fan of streaming services winning Oscars when they only have tiny presences in theaters, but is he really campaigning to change the rules? Not necessarily. Movie industry veteran Jeffrey Katzenberg told Hollywood Reporter in a chat that Spielberg "absolutely did not" say he was pushing for longer theatrical release requirements or otherwise trying to prevent services like Netflix from qualifying for awards. Katzenberg claimed instead that IndieWire "heard a rumor" and, when it received a statement from Spielberg's Amblin Entertainment, "twisted it around."

Spielberg hasn't really said anything, according to Katzenberg. The industry figure also denied that Spielberg was heading to the Academy governing board meeting in April with an agenda to thwart streaming movies.

Provided the remarks accurately reflect of Spielberg's intentions, they suggest that Netflix, Amazon and others won't have to worry about their chances for Roma-level critical glory at the 2020 Oscars. Whether or not that's true in the long run is less than certain. While it's still relatively novel for streaming movies to win the most prestigious awards, they may compete more frequently in the future. That could increase pressure on the Academy to change the rules and keep theater-focused movies in the limelight.

In this article: academy awards, AcademyAwards, entertainment, internet, jeffrey katzenberg, JeffreyKatzenberg, movies, netflix, oscars, services, steven spielberg, stevenspielberg, streaming
All products recommended by Engadget are selected by our editorial team, independent of our parent company. Some of our stories include affiliate links. If you buy something through one of these links, we may earn an affiliate commission.