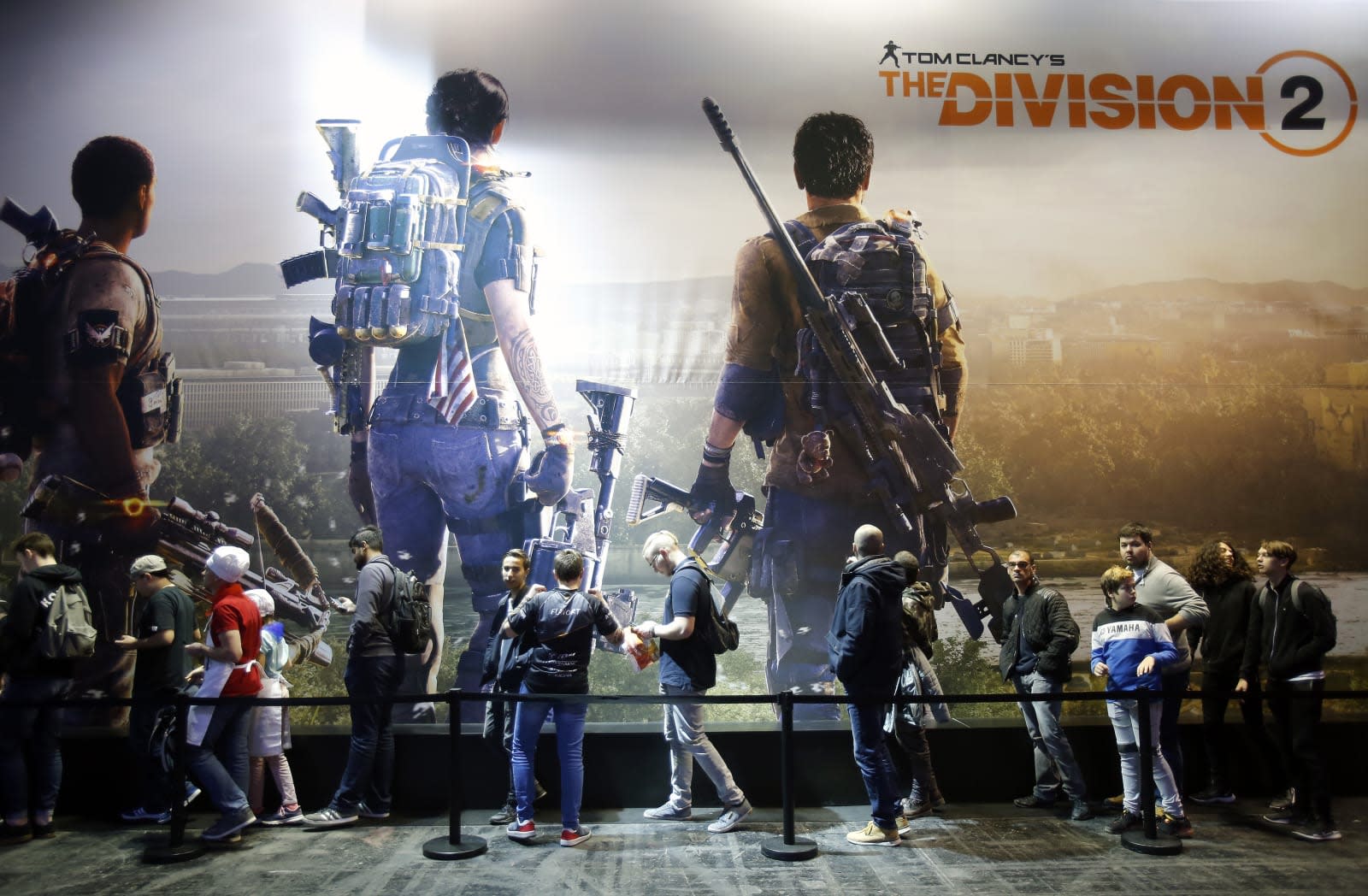 Next week The Division 2 arrives on PC, PS4 and Xbox (exactly when will vary based on what edition you've purchased and where you live -- there are multiple charts), and like many other games, it will bring a substantial "Day One" download with it.

As a connected loot shooter, you won't be playing this one offline while waiting, and disc buyers on PC, Xbox One and PS4 can expect a download of between 48GB - 52GB to get everything in place. One page on Ubisoft's website indicates that PS4 players will be burdened with a 90GB download, but that appears to be an error -- 90GB to 100GB is just the amount of free space the game needs to install fulls on Sony's system.

The size of the download is basically the size of the installed game. While physical media is still more flexible for players than login-tethered digital copies, the discs won't contribute much, if anything, to what players are actually relying on. Last fall at least one UK retailer put the new Call of Duty on sale early to let players get their install started, and Ubisoft has arranged for retailers to sell the game up to three days early so you'll have time to prepare.

Oh, and even if you're staking your hopes on a digital pre-order, things are still complicated. On PC and Xbox One pre-loads have already begun, while the scheduling for PS4 is...well here's the FAQ so you can figure it out. No matter how you plan on diving into The Division 2, anyone who has pre-loaded will need to install another day-minus-one update that will be released on March 11th, the day before $100+ Gold Edition and Collector's Edition buyers get early access. Title Update 1.5 updates the day one update to address issues Ubisoft uncovered during its open beta like audio that occasionally cuts out -- it's about 2GB.

In this article: day one patch, gadgetry, gadgets, gaming, internet, PC, PS4, The Division 2, Ubisoft, Xbox One
All products recommended by Engadget are selected by our editorial team, independent of our parent company. Some of our stories include affiliate links. If you buy something through one of these links, we may earn an affiliate commission.