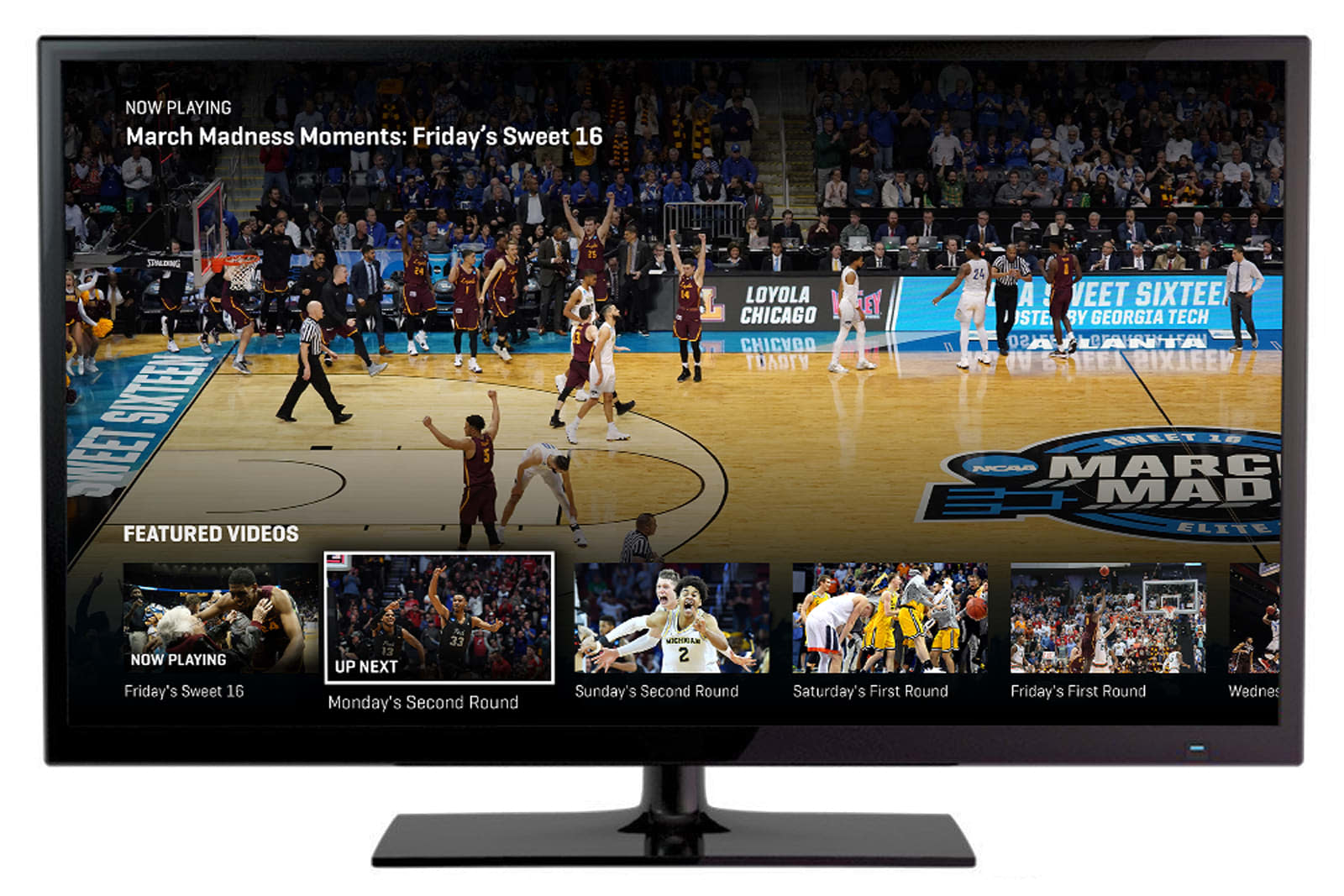 It'll be particularly easy to stream NCAA March Madness games this year, especially if you'd rather watch matches in total privacy. The NCAA and CBS are making the March Madness Live app available on 17 platforms for 2019, including first-time support for Android TV (shown above) and Oculus Go. That last addition could be particularly helpful if you live in a packed household -- you could have a big-screen game experience (including the 21 VR-native broadcasts) without monopolizing the TV or your phone.

You can also expect a Google Cloud-powered matchup suggestion tool that can personalize your bracket based on stats, o the point where it can auto-pick the bracket if you'd like. You'll also see a dash of augmented reality with an opportunity to look at the bracket in AR on iOS devices. The multi-game Fast Break viewing experience, meanwhile, is expanding to include the first weekend. You won't have to risk missing some of the most important action (including social commentary) in the early stages.

The first weekend of March Madness starts on the 21st. You'll still want to sign in with an account from your TV provider, but it's an easier sell if you're a hoops aficionado who wants more control over coverage than you usually get with TV broadcasts.