He said the tech can help people with disabilities and other conditions.

Tinker Hatfield made people jump off their seat at a SXSW 2019 panel. Literally. The legendary Nike designer, who's behind the Air Max and most iconic Air Jordans, took off the sneakers he wore to the stage and gave them away to one lucky person in the crowd. Then, to top it all off, Hatfield put on a pair of yet-to-be-released Nike Reacts -- no big deal. But he didn't come to Austin just to hype up sneakerheads. During his session, Hatfield of course talked about the Nike Mag, HyperAdapt and Adapt BB, the three self-lacing shoes he has designed for the sportswear giant.

"Many, many years ago, I worked on a movie called Back to the Future and they asked me to design something for the year 2015," Hatfield said. "I was trying to think 30 years through the future, and I thought that in that future shoes might come alive, sense who you are and become the right shape for your foot." While the Mag from BTF Part Two was a prop that had to be plugged into a power outlet, Tinker's vision for a true self-lacing sneakers became a reality in 2016, when Nike introduced a limited-edition version of it. That Mag, which now sells for upward of $64,000 on the web, featured a technology called Adaptive Fit that adjusts its shoe laces at the touch of a button.

Since then, Nike has introduced the HyperAdapt 1.0 and, most recently, the Adapt BB. Powered by a self-lacing system dubbed E.A.R.L. (Electro Adaptive Reactive Lacing), the HyperAdapts were essentially a $720 concept, but they showed Nike was serious about bringing this tech to the masses. With the Adapt BB basketball shoes, which launched in February, Nike took its efforts a step further by letting people use an app to control the power laces. For Hatfield, it's not just about bringing self-lacing technology to athletes, though; he also spoke about its potential to be useful for people with disabilities and other health conditions. 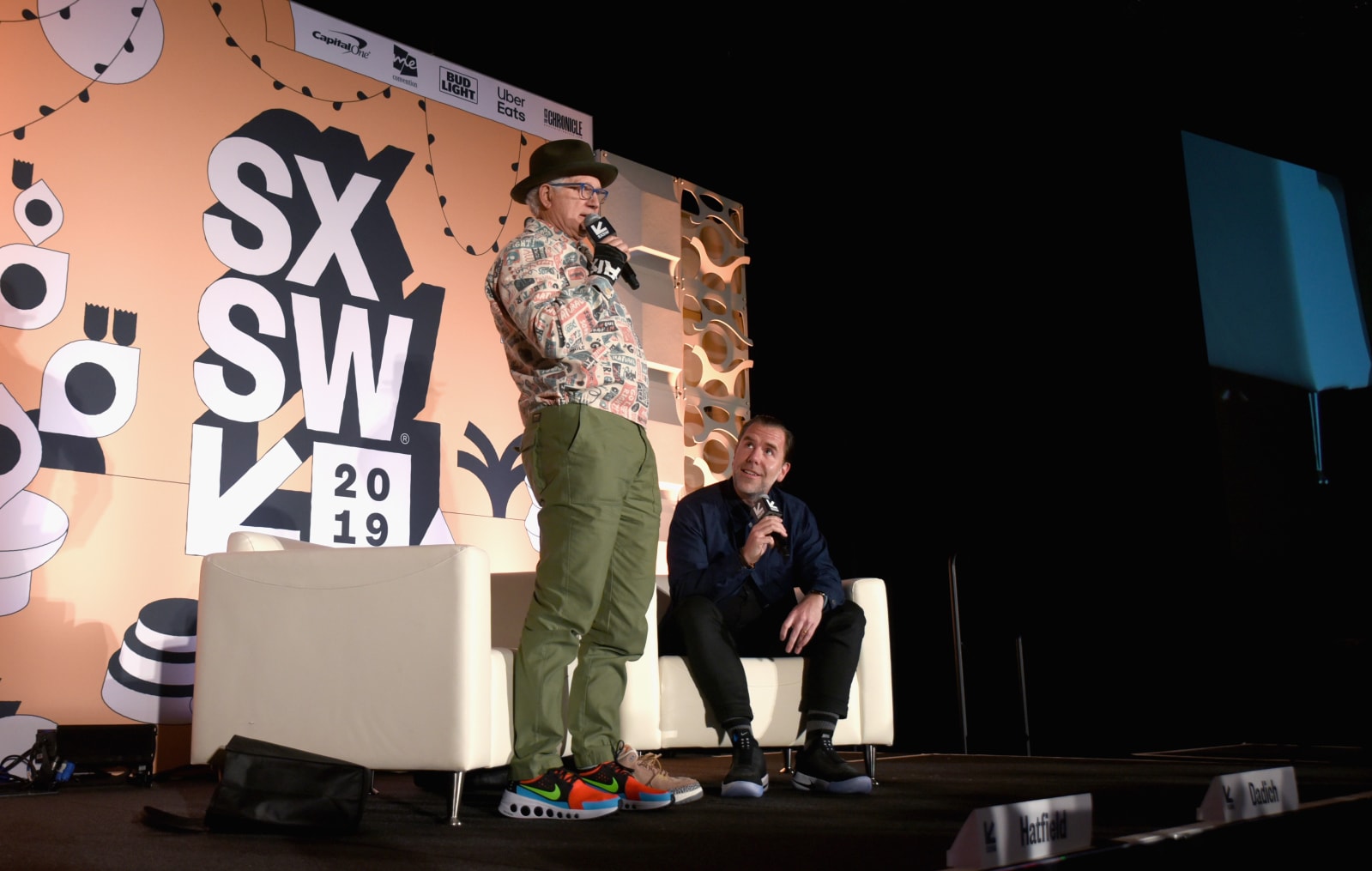 "Parkinson's, arthritis and other issues that reduce [people's] dexterity," he said. "We're using this tech to help people who have issues like that. In the future, everybody should have a chance to wear the best product."

Hatfield said being able to do this is a "nice" byproduct of the design and engineering work for E.A.R.L., adding that self-lacing tech will keep players protected thanks to its adaptive fit. "We see the feet of athletes on a daily basis. Everybody who plays in those sports needs shoes that are too tight." he said. "By the time they make it, their feet are destroyed, their toes are overlapping. We aim to change that because we are on the footwear business. We want to help [players] have a longer career and have fewer injuries because the shoes are working for them."

With the Adapt BBs priced at $350, less than half of what the HyperAdapts cost at launch, Nike could soon offer an even more affordable self-lacing sneaker. And that's great news for people with disabilities who need such a product. Because just like with Microsoft's Xbox Adaptive Controller, that would have the potential to make many people's lives easier and better.