Twitter's revamped camera is its answer to Stories

There were rumors flying around recently of Twitter working on a "News Camera," which would bring a Stories-style feature to the social network. And, well, it turns out that's partially true. At SXSW 2019, Twitter is launching a revamped camera for its app that will make it easier to tweet pictures and videos. This new camera, which starts rolling out to users today, has the potential to be one of the biggest changes to Twitter in the past few years -- right up there with the company's shift to 280 characters. While that may be the case, the new feature still feels very much like Twitter though, not a clone of Snapchat or Instagram Stories.

Once you get the update, the first thing you'll notice is how much quicker it is to access the camera now: All you have to do is open the Twitter app on your phone, swipe left and you're in. From there, you'll have the Capture and Live options. With Capture, you can either do a quick tap to snap a picture or hold it for a couple of seconds to record a video -- those can be up to about two minutes right now, but Twitter says that will likely change in the future. If you hit the Live button, you can then stream to your followers using Periscope, Twitter's video-streaming service. 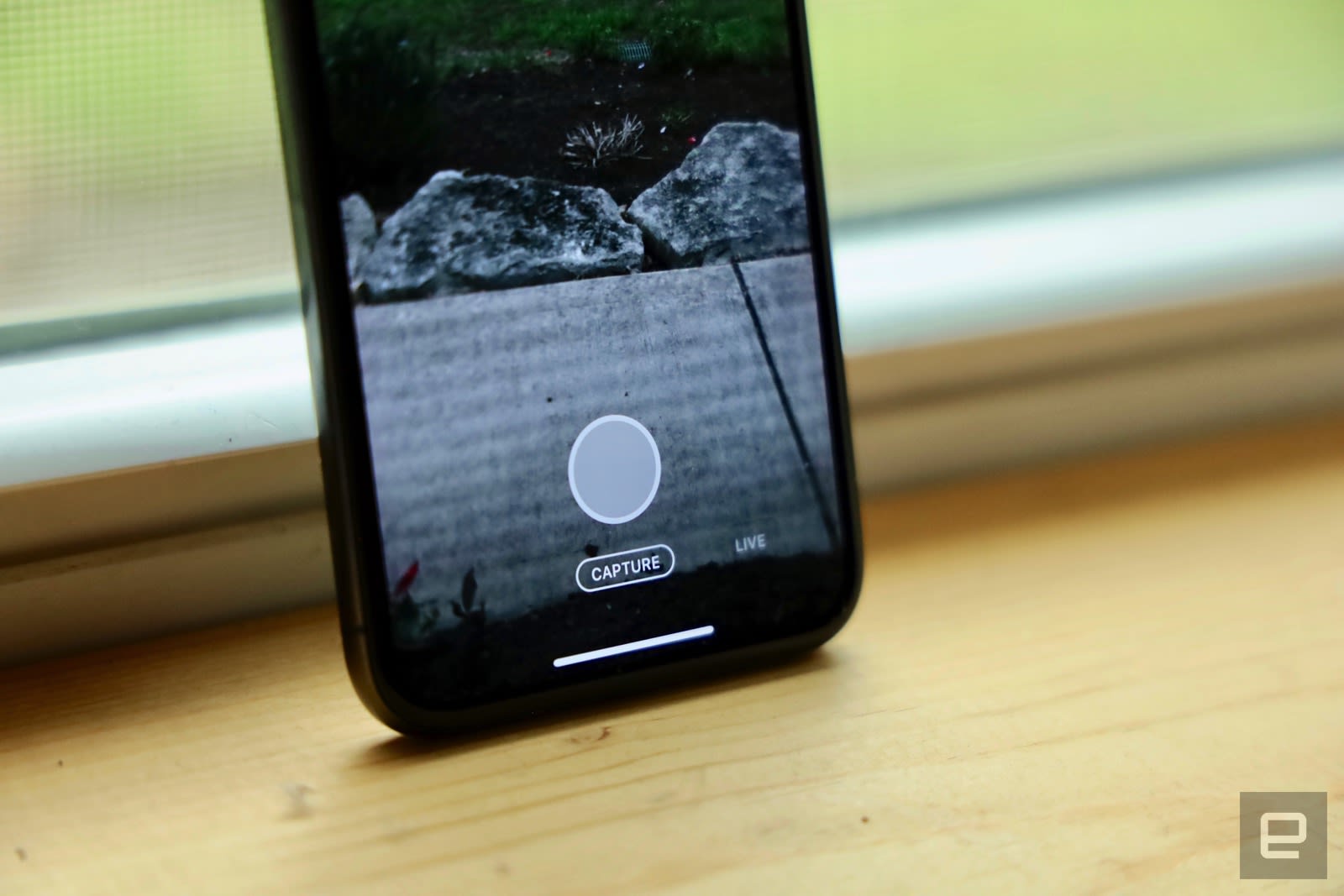 The camera opens to the view from your smartphone's rear lens by default, but you can tap a button on the top right to switch to selfie mode. Twitter's VP of Product, Keith Coleman, said that's by design, as the hope is people capture what's going on around them. That said, he told Engadget that Twitter will keep a close eye on how people are using the updated camera and build new features based on that. "This is part of a much bigger transformation on Twitter," he said during a media preview. "A lot of the [other] cameras faces forward, but Twitter is about what's happening in the world. The camera is purely designed to be fast, and we're happy to let people use it however they choose to."

After you take a picture, you'll see an overlay where you can add your location, text and hashtags. Like a regular tweet, you can type up to 280 characters on it, and you can pick between a few colors to spice it up. Twitter is calling this overlay a chyron, the lower third graphics you'd typically see on a news cast. The precise location, meanwhile, is key to what Twitter is trying to do with its revamped camera -- which is to make it easier for people to follow their favorite topics and events. "This is a camera to reach the world," said Cole, "not just your followers."

Here at SXSW, for instance, as soon as I tapped the "Add location" button it knew I was in Austin, Texas and suggested I add the festival's relevant #SXSW hashtag. Twitter's hope is that enough people do this so that when you want to see what's happening at events like this, you'll see a bunch of pictures and videos (aka moments) from the people who are at them. Twitter said these geo features will work starting with US sports games and other big events, and there are plans to keep expanding on that.

In general, Coleman said, Twitter is looking at this as the first of many updates to its camera experience. And so far, I've really enjoyed playing with it for the past few days. I like that you can get to the camera with just a quick swipe, rather than a couple of taps. That may not seem like a big deal, but I've found that it makes me more inclined to snap a quick picture from wherever I'm at and tweet it out. And the new text/hashtag overlays are a breath of fresh air; they make Twitter feel a little more fun and playful. You can't use the overlays with pictures you've already taken, but Coleman said that's because Twitter wanted the new camera to "feel raw and real."

Although there may be some similarities between these features and Stories, what makes Twitter different is that whatever people post stays up forever, rather than disappearing like on Snapchat and Instagram. Still, the company needed to come up with a way to compete with a format that's growing so rapidly -- and, at first blush, its attempt does not disappoint.

/11
All products recommended by Engadget are selected by our editorial team, independent of our parent company. Some of our stories include affiliate links. If you buy something through one of these links, we may earn an affiliate commission. All prices are correct at the time of publishing.
View All Comments
Twitter's revamped camera is its answer to Stories