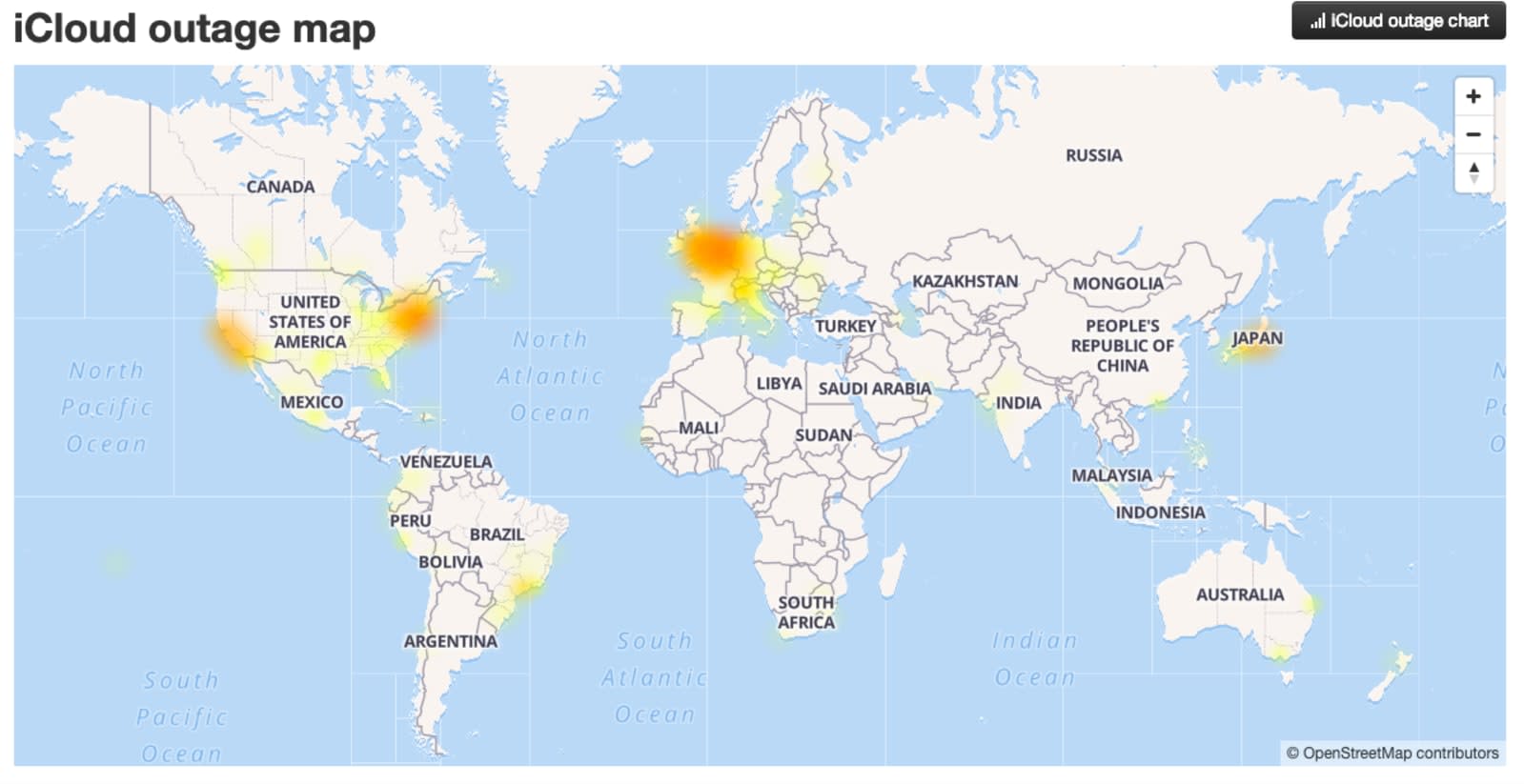 Apple is having a bad day. A litany of iCloud services are down or experiencing service disruptions, including sign-in, backup, reminders, Mail, Calendar and Find my iPhone features. On DownDetector, reports started spiking around 11AM ET, and the most common issues appear to be email connectivity and what the website deems "total blackout."

Of course, the tweets are rolling in. Users are pinging Apple Support on Twitter to ask what's up with iCloud, complaining they can't sign in. Apple says it's investigating the situation and will update the System Status page as fixes go live.

At least Apple isn't alone with its connectivity woes this week. Facebook and Instagram (the latter of which is owned by the big FB) were down for most of the day on Wednesday, thanks to a server configuration change.

Update: Apple's system status page reports the issue resolved as of about 3:28 PM ET, and things appear to be operating smoothly once again.

In this article: apple, entertainment, icloud, internet, outage, personal computing, personalcomputing, services, TL19OUT
All products recommended by Engadget are selected by our editorial team, independent of our parent company. Some of our stories include affiliate links. If you buy something through one of these links, we may earn an affiliate commission.