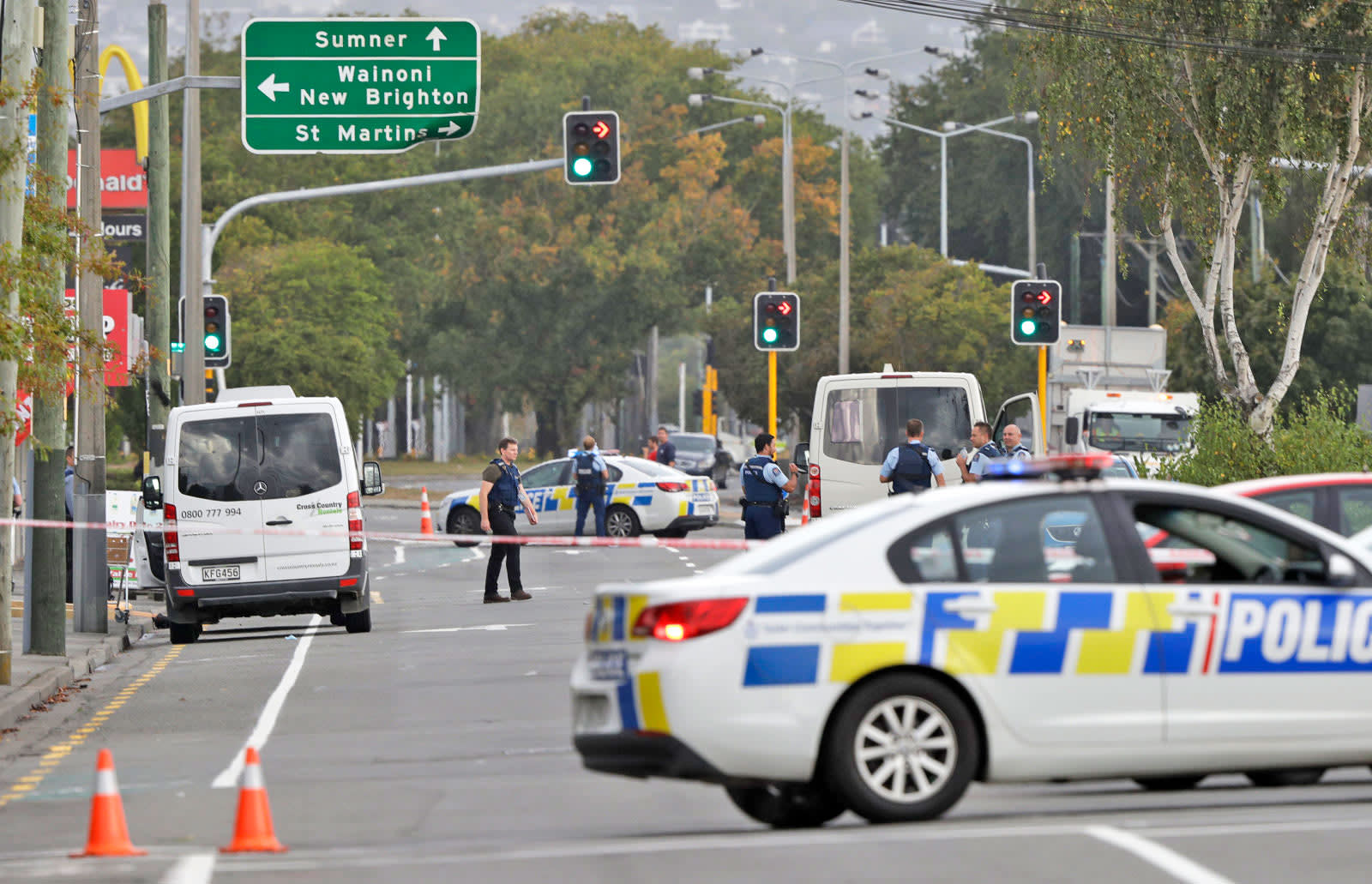 Facebook and YouTube are working to remove "violent footage" of the New Zealand mass shootings. The gunman -- who killed 49 people and injured 20 in shootings at two mosques in the city of Christchurch -- appeared to livestream his attack to Facebook using a head-mounted GoPro camera. New Zealand Police said they were moving to have the "extremely distressing footage" removed.

Facebook has confirmed that local law enforcement "alerted it to a video on Facebook shortly after the livestream commenced." It said it had removed the unverified video along with the shooter's Facebook and Instagram accounts. "We're also removing any praise or support for the crime and the shooter or shooters as soon as we're aware," said Mia Garlick, a Facebook spokesperson in New Zealand. "We will continue working directly with New Zealand Police as their response and investigation continues." In a tweet, YouTube said: "Please know we are working vigilantly to remove any violent footage."

Our hearts are broken over today's terrible tragedy in New Zealand. Please know we are working vigilantly to remove any violent footage.

Despite taking swift action, stopping the spread of unverified content may prove to be a tough challenge for Facebook and YouTube. By their very nature the two platforms are geared to spread viral content, putting moderators on the backfoot once something gets shared.

A 28-year-old man has been charged with murder and will appear in court on Saturday morning, police confirmed. Three other suspects, two men and one woman, have also been taken into custody, according to the police. Australia's Prime Minister Scott Morrison described the alleged gunman, who has Australian citizenship, as an "extremist, right-wing" terrorist. New Zealand Prime Minister Jacinda Ardern also labeled it a "terrorist attack."

The alleged gunman identified himself online as Brenton Tarrant ahead of the shooting on a now-removed Twitter account, according to the Guardian. His tweets included numerous photos of machine gun magazines and a link to an alleged manifesto for his actions, which was also shared on 8chan, a highly-controversial messageboard platform. New Zealand Police have not confirmed if Tarrant is the man charged with murder.

The suspect's social media activity and subsequent livestream of the attack suggest he wanted to draw attention to himself and his actions. His manifesto mentions Fortnite and Spyro the Dragon and conservative pundit Candace Owens, according to The Verge, indicating that he was trying to form a narrative around the shooting. Video games have incorrectly been linked to violence in the wake of mass shootings in the past.

The gunman can also be heard saying "remember, lads, subscribe to Pewdiepie," near the start of the 17-minute clip of the attack, a reference to the popular YouTube creator Felix Kjellberg, who has previously drawn criticism for making anti-semitic comments.

Kjellberg has taken to Twitter to condemn the shootings. "Just heard news of the devastating reports from New Zealand Christchurch. I feel absolutely sickened having my name uttered by this person. My heart and thoughts go out to the victims, families and everyone affected by this tragedy," he said in a tweet.

Kjiellberg's YouTube channel has the most subscribers at 89 million, but is currently facing competition from the T-Series channel. PewDiePie's most devout fans have been carrying out stunts, including hacking printers and the Wall Street Journal website, to help him retain the top spot.

In this article: facebook, gear, internet, mass shooting, new zealand, terrorism, terrorist, youtube
All products recommended by Engadget are selected by our editorial team, independent of our parent company. Some of our stories include affiliate links. If you buy something through one of these links, we may earn an affiliate commission.
Share
Tweet
Share