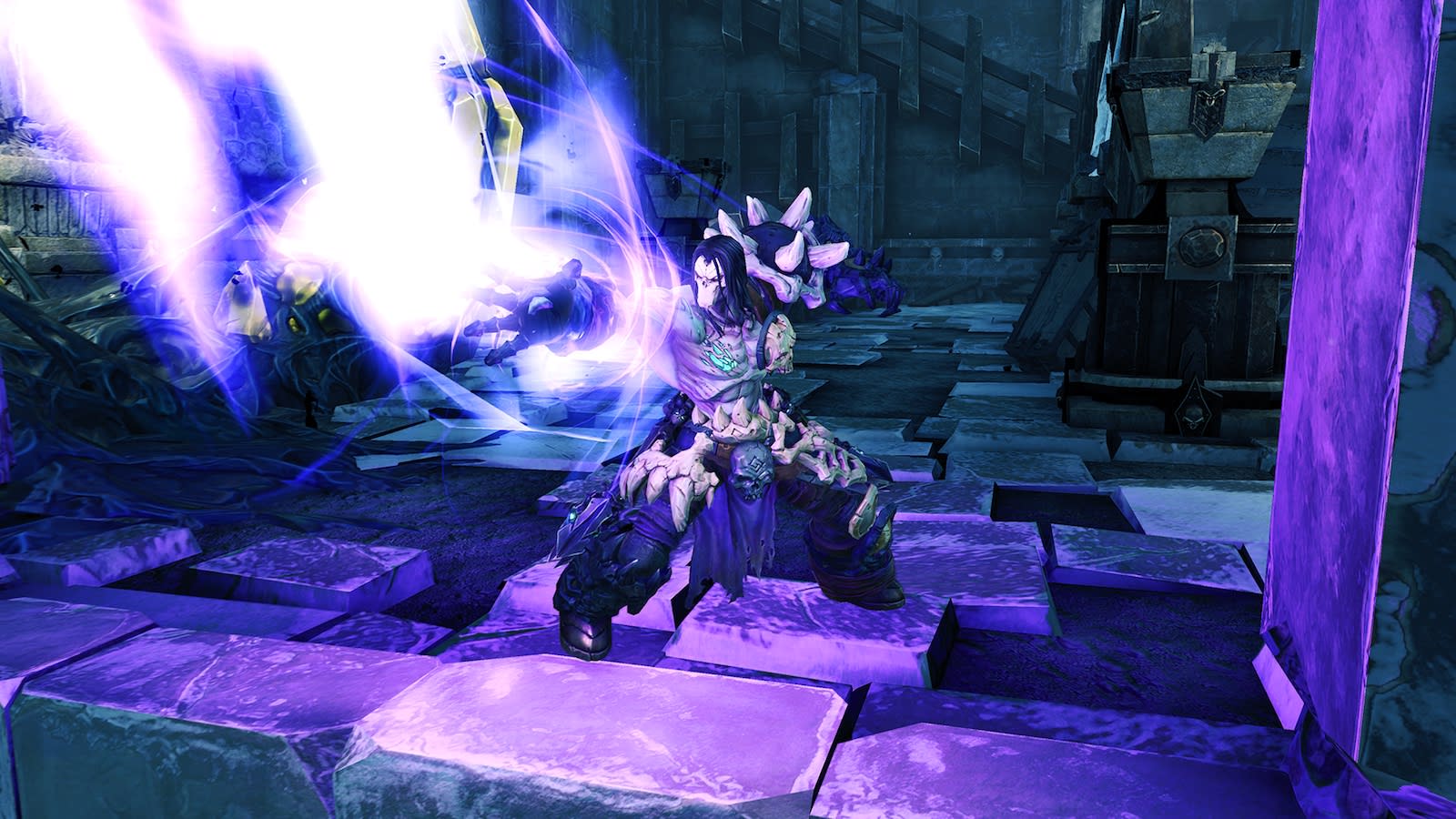 The marketing team at THQ Nordic woke up on Monday morning, made some coffee, powered on their computers and decided to host an AMA on a website blacklisted by Google in 2015 for hosting "suspected child abuse content."

OK, maybe it didn't go down exactly like that at the THQ Nordic offices, but to the shocked and confused citizens of Video Game Twitter, that's how it seemed. On Tuesday, THQ Nordic PR director Philipp Brock and product development director Reinhard Pollice held an "ask me anything" session on 8chan, a website with a reputation for hosting extreme right-wing content, Nazi sympathies and child pornography. THQ Nordic tweeted out the event and immediately received blowback from developers, fans and journalists, but the AMA went forward regardless.

I mean... that's a really bad look to give those people that literally harbor child rapists any of your time. But, hey. That's just my opinion.

THQ Nordic is the owner of a number of high-profile franchises, including Darksiders, Saints Row, Dead Island and Metro.

"The opportunity was here and we took it, we got approached in a very friendly and polite manner and were assured, said person (shoutout to Mark) will take care of the nasty stuff," THQ Nordic tweeted to concerned fans. "So, here we are."

The second question in the AMA contained a direct reference to pedophilia and it accompanied a drawing of two young women with ridiculously large breasts being fondled by a man towering behind them. In response to the question -- "Where the big tiddie lolis at?" -- Brock said, "You got them already we'd say."

In between legitimate questions about the state of THQ Nordic's franchises, users dropped further references to child pornography and Nazism. Pollice and Brock played along, answering the relevant questions, for about an hour.

An hour after that, THQ Nordic tweeted out an apology attributed to Brock himself. The company sent the same statement to Engadget in response to a request for clarification. It reads as follows:

"I personally agreed to this AMA without doing my proper due diligence to understand the history and the controversy of the site. I do not condone child pornography, white supremacy, or racism in any shape or form. I am terribly sorry for the short-sightedness of my (!) decision, and promise to be far more vigorous in my assessment of these activities in the future. This was not about being edgy, this blew up and I very much regret to have done it in the first place."

THQ Nordic is an acquisition-heavy studio, building up its business by buying dying franchises from dead publishers. Its most recent news, and the likely reason marketing directors wanted to do an AMA in the first place, is the availability of a bit of DLC for Darksiders III. While today's 8chan debacle certainly generated a lot of buzz, THQ Nordic probably doesn't want that noise associated with Darksiders or any of its other franchises.

In this article: 8chan, AMA, business, darksiders, gaming, internet, no, sex, THQ Nordic
All products recommended by Engadget are selected by our editorial team, independent of our parent company. Some of our stories include affiliate links. If you buy something through one of these links, we may earn an affiliate commission.