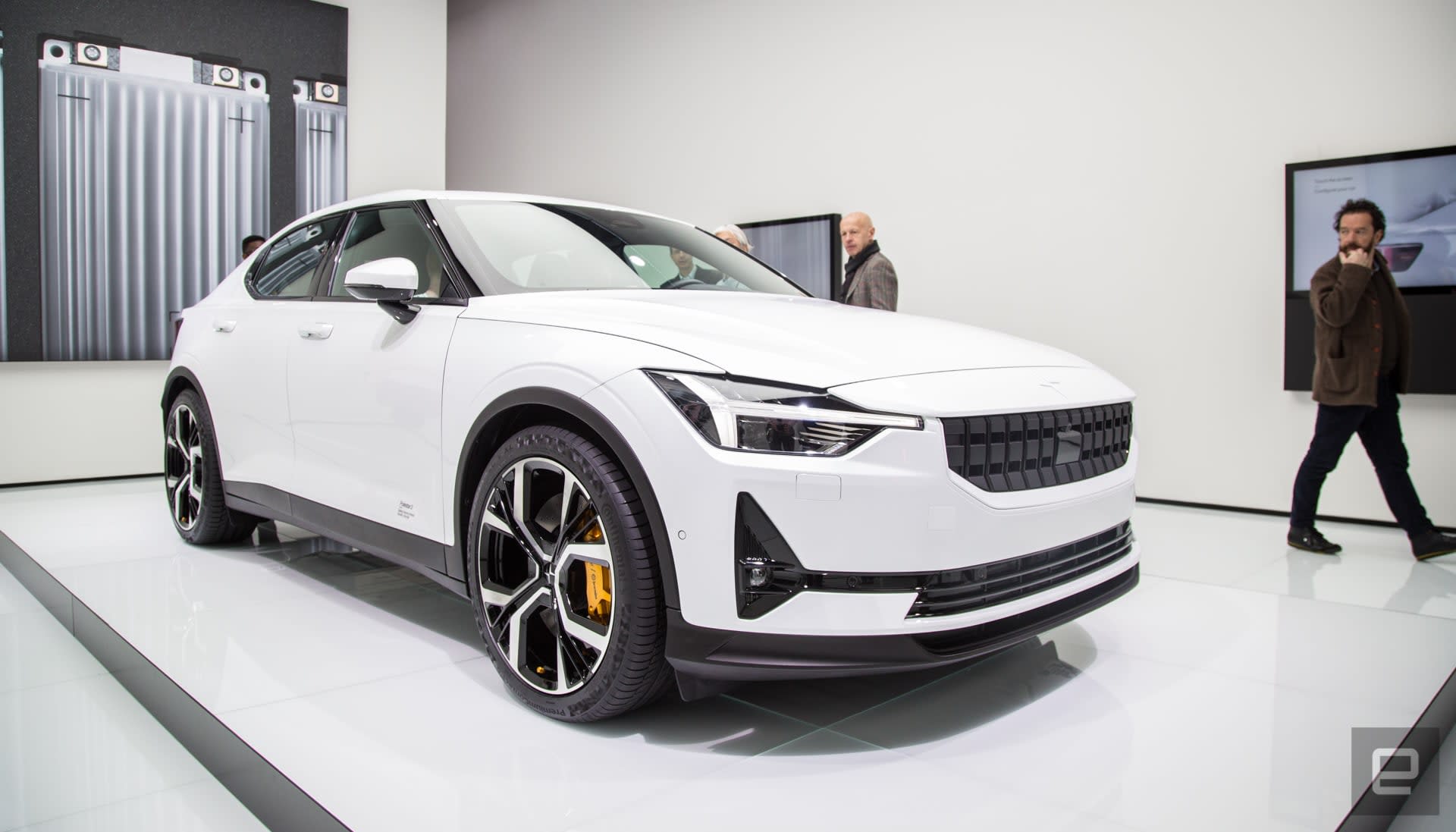 The Polestar 2 is more than just a pretty face

The Polestar 2 was unveiled ahead of the Geneva motor show via a livestream from Sweden. The automaker wanted more time to chat about the electric vehicle than the typical 15 to 20 minutes allotted at auto shows while also sticking to its environmental ethics and not flying journalists from all over the world to an event.

This meant we had to wait until we hit the ground in Geneva to check out the first electric vehicle from (parent brand) Volvo. What we encountered was a vehicle that's nearly on par design-wise with the breathtaking (yet hybrid) Polestar 1.

This shouldn't be too surprising considering that a focus on design is part of Polestar's DNA. CEO Thomas Ingenlath started his career in the auto industry as a designer. That experience gives him a unique outlook. 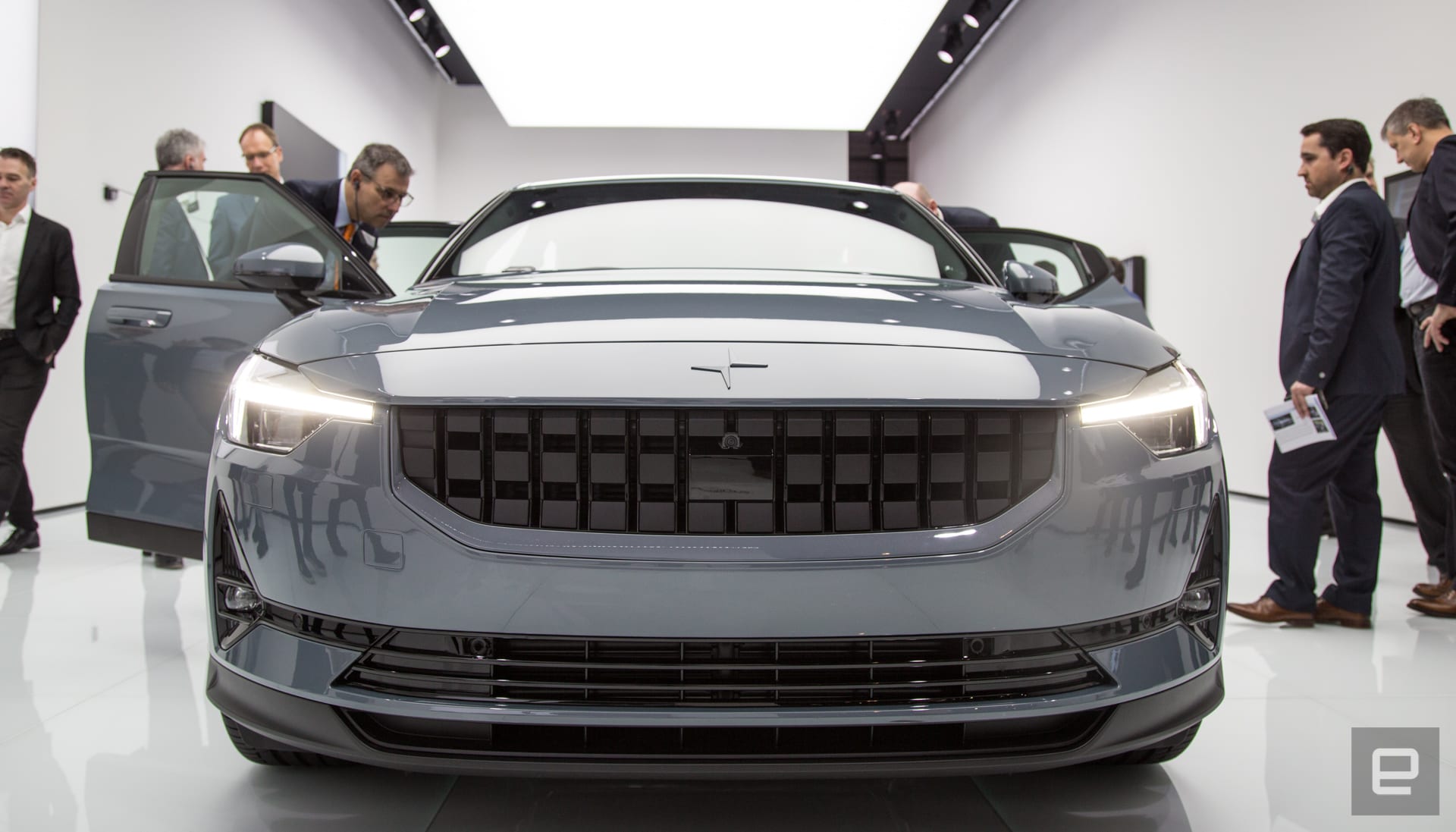 "As a designer, you're on your own taking a decision about what design you propose and stuff and that kind of mixture of having very rational aspects in it. But at the same time, acknowledging that certain things are driven by emotions and the gut feeling and being brave enough to make a decision where you have not one hundred percent certainty -- I think that is indeed a very good preparation for the job that I have to do now," Ingenlath told Engadget.

That experience helped shape the look of the company and the Polestar 2. It's not as sleek as the Polestar 1, but it does carry the design language of the brand with a bit of Volvo's visual heritage thrown in for good measure.

The front of the vehicle hits you with Volvo's Hammer of Thor headlight. But Polestar is a bit more reserved when it comes to its own logo which is the same color as the vehicle. Meanwhile, the car itself has a beefier stance than its predecessor both in the front and back.

The Polestar 2 looks like someone grabbed the Polestar 1 and squeezed the two ends of the vehicle together resulting in a taller, stockier car. The only design aspect that seems to have suffered is the rear three-quarter view of the car. It still looks good, but it's lost some of the magic seen in the automaker's first vehicle. 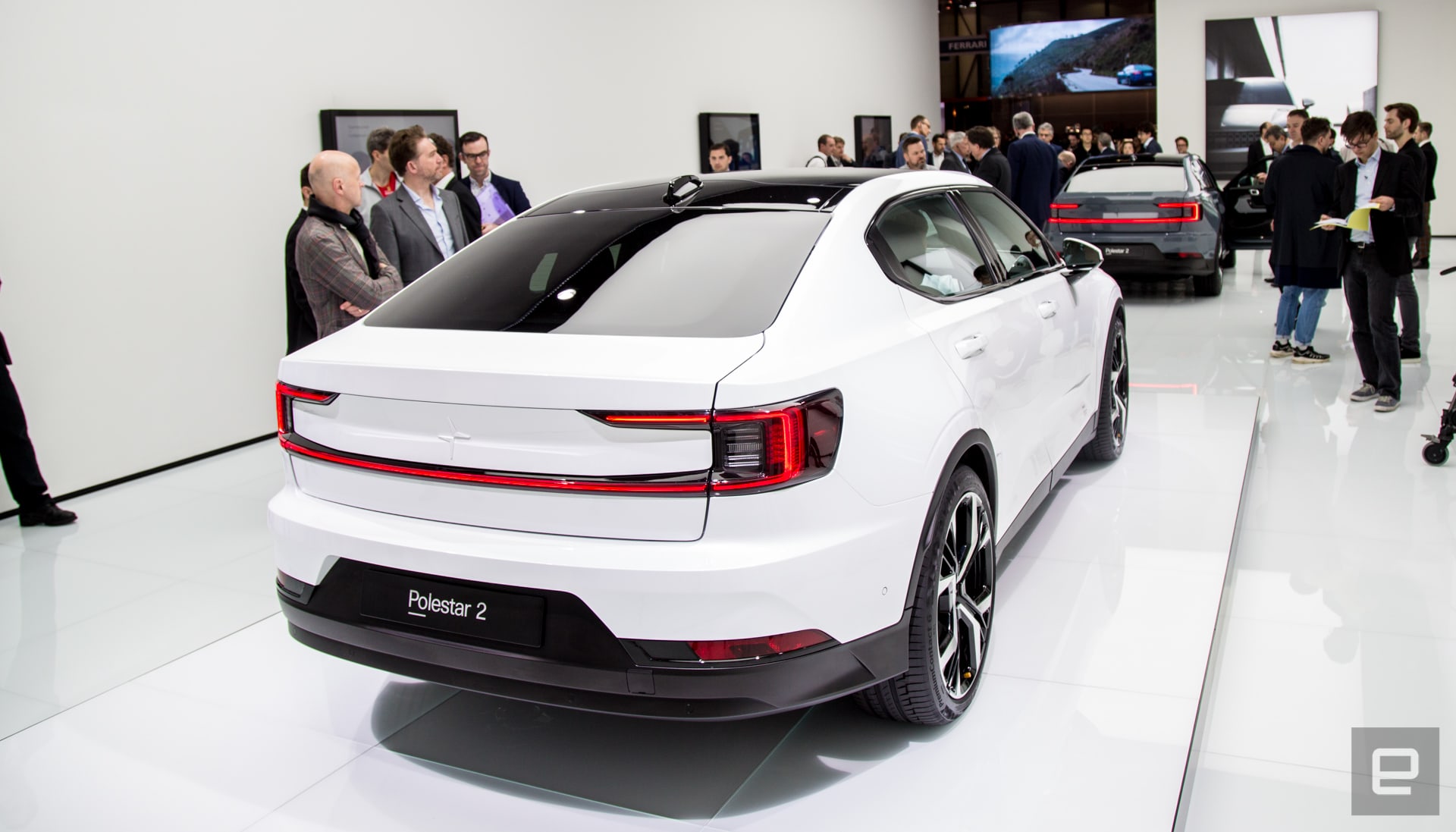 The interior, with its large vertically-mounted touchscreen in the dash, seems like its mimicking Tesla, but other than fewer knobs and buttons than what you would find on a Volvo, it's minimalistic design doesn't feel nearly as sparse as the EV out of Fremont. The steering wheel and volume knob are borrowed directly from Volvo which is a good thing, plus, (thankfully) the gear selector is a lever instead of a series of buttons.

Wherever you look, the advantage of Polestar having Volvo as a parent company becomes clear -- Volvo's influence is everywhere. From the headlights to the interior, it's clear how closely the sub-brand relies on its automotive parent -- but it's more than just stylized headlamps and steering wheels that help Polestar.

The automaker has the advantage of the financial backing of an established automaker behind it with access to factories, capital, and technology that Volvo has been working on for decades. "It's super beneficial. And they will enable us to be successful with the new enterprise," Ingenlath said. "But of course, it comes with something else, we have other problems. We have to be really careful at monitoring that balance between an agile, fast-moving startup spirit and being linked to that industrial system that helps us to develop the whole thing."

Even with all Volvo resources at its disposal, Polestar is happy to work with other partners. Even those that aren't traditionally in the automotive world.

The Polestar 2 is the first production vehicle to use Google's Android platform for its infotainment system. Unlike Android Auto (which requires a smartphone), the Android platform in the car is a native system. It brings with it immediate access to Google's suite of services and something that Ingenlath recognizes is becoming more important in the automotive world: voice control. The CEO said the feature will result in less distraction while behind the wheel. "It's us recognizing where are our borders. Of course, we will never compete with the Google machinery having so many people feeding the system. Its learning and getting better every day. Of course, we should benefit from that kind of pace and put it into our car." 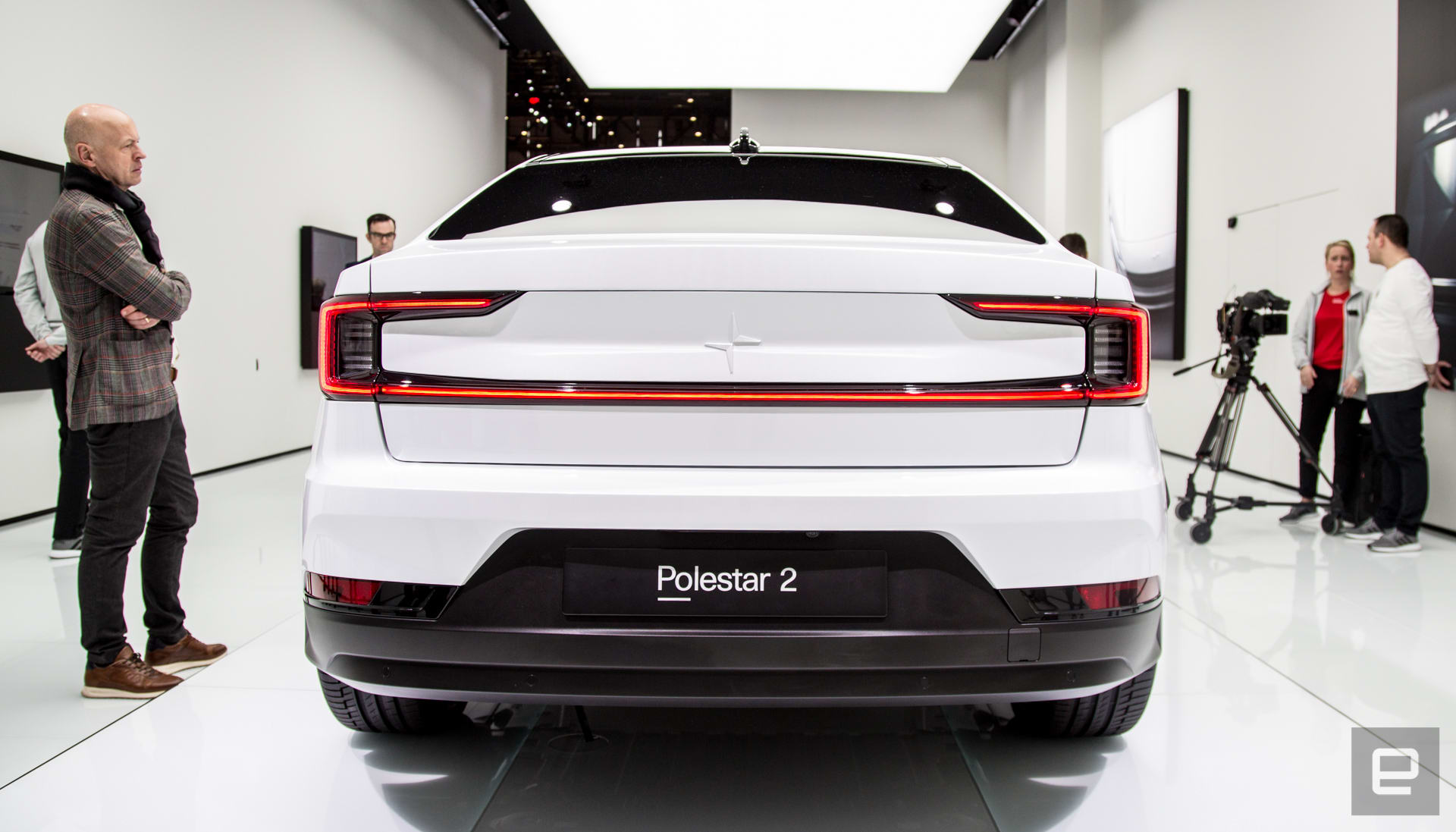 So, the Polestar 2 is full of tech, has an impressive expected range of 275 miles, uses dual motors that output 408 horsepower and 487-foot-pounds of torque, and can go from zero to 60 in about 4.7 seconds. That pits it directly against the Model 3. The Polestar's $40,000 price tag helps cement that comparison. But Tesla still has the advantage: Its affordablish EV is available now, while we'll have to wait for the Polestar 2.

Production is supposed to start in early 2020 and even when that spins up, for the first 12 months, the "launch edition" will cost $63,000. A lot can happen in the nearly two years it'll take for the $40,000 version of the Polestar 2 to hit the road. The EV market is heating up with more and more options appearing all the time.

But none of the electric cars at this price range look quite as nice as the Polestar 2. Turns out hiring a designer to run the company has its advantages. But more importantly, having a CEO that's willing to make strategic partnerships could mean the difference between a failed automaker with beautiful cars and a successful brand ready to take on the number one electric car maker in the world.