It contributed to the death of many US newspapers by vacuuming up ad dollars.

Facebook hoped to help people across the US stay more informed about local news, information and events when it launched its Today In feature in November. But Facebook says it's having trouble finding enough news to feed into the service -- in part because it hastened the demise of hundreds of local newspapers.

Around a third of US Facebook users live in areas where the social network hasn't been able to dig up enough local news to launch Today In there. Breaking that down a little, about 35 percent of people in the midwest, northeast and south; 26 percent in the west; and 58 percent in New Jersey live in such areas. "In the last 28 days, there has not been a single day where we've been able to find five or more recent news articles directly related to these towns," Facebook said. 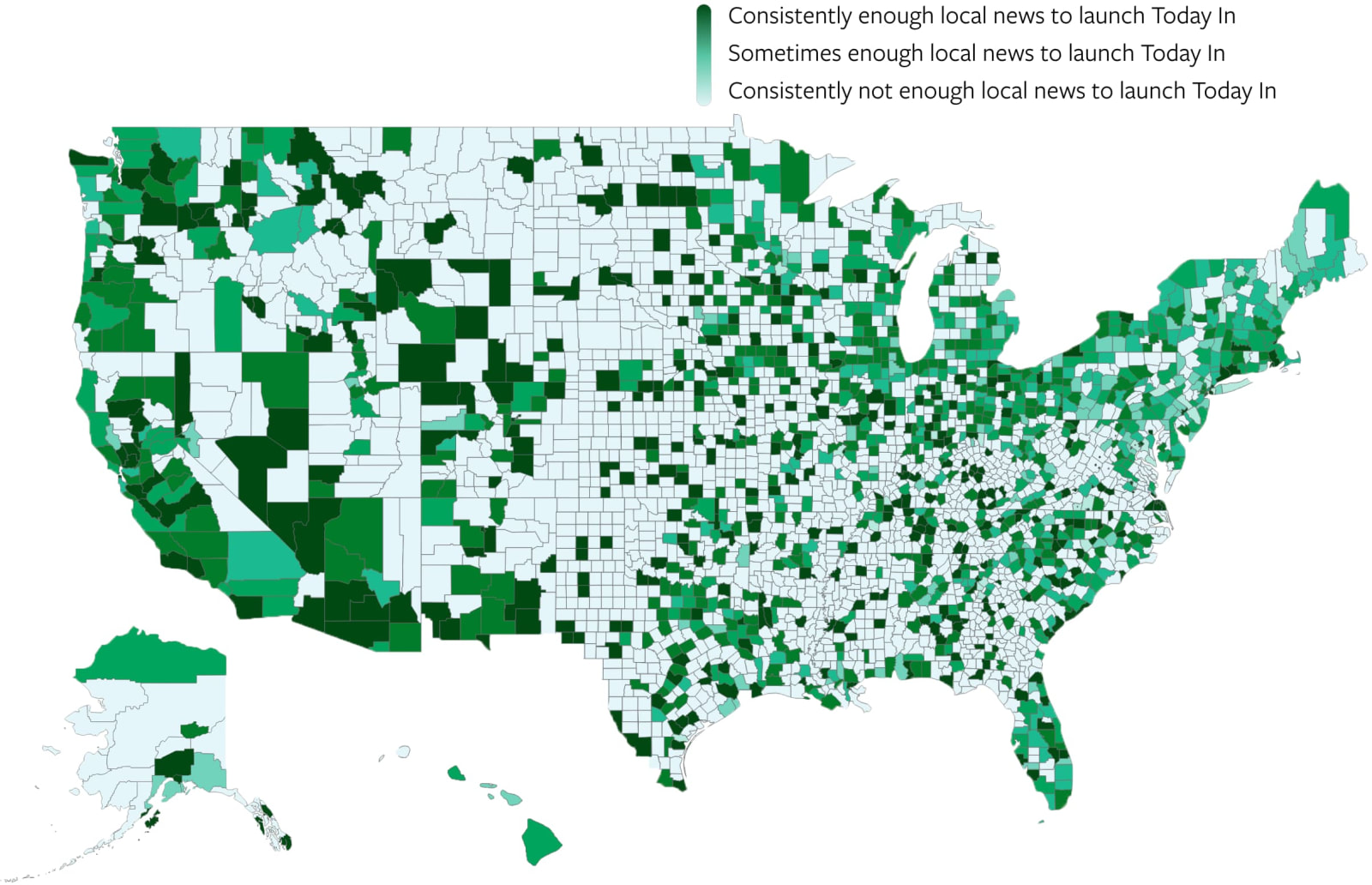 Today In may be live in 400 cities, but it's unavailable across large parts of the country that perhaps most need it, namely, those with few or no local newspapers. Of course, Facebook contributed heavily to death of so many local news outlets as a large portion of advertising spending shifted from legacy media to the web, leading to dwindling newspaper revenue.

Facebook isn't the only reason hundreds of outlets have bitten the dust. Consolidation and mergers have played a role, but the likes of Facebook and Google have certainly been key factors.

Approximately 1,800 papers have shut down in the US since around the time Facebook came online 15 years ago, and it seems barely a week goes by without layoffs in the media industry. Local and hyperlocal news sites have sprung up in various locations (including networks such as Patch), but that doesn't seem to have been enough to fill the gaps left by the death of print media in many parts of the country.

Facebook told the Associated Press it doesn't have plans to set up its own newsgathering efforts, but it has launched a number of programs to support journalists as of late. Back in January, the Facebook Journalism Project revealed plans to invest $300 million in local newsrooms. Alongside the research into local news it revealed today, Facebook said it would also award about 100 grants of up to $25,000 to people who have ideas about how to improve news availability.