A guide to watching March Madness

Conference tournaments are over. The 68-team field is set. It's officially time for March Madness.

While technically the first game is on Tuesday, we all know the real action begins later in the week. This Thursday and Friday are arguably the two biggest days of the year in sports (and likely the two least-productive days at your job). However, the 2019 NCAA Tournament officially begins Tuesday and Wednesday (March 19th and 20th) with two First Four matchups -- or as the purists call them, play-in games. Both of those games will air on truTV, but if you have a cable log-in, you can stream them through the March Madness Live app.

The app is available on basically every platform you can probably think of, including Android, iOS, Apple TV, Amazon Echo, Amazon Fire tablets, Amazon Fire TV, Chromecast, Samsung Gear VR, Roku and Xbox One. And this year Android TV and Oculus Go were added. You can also stream on both desktop and mobile web. 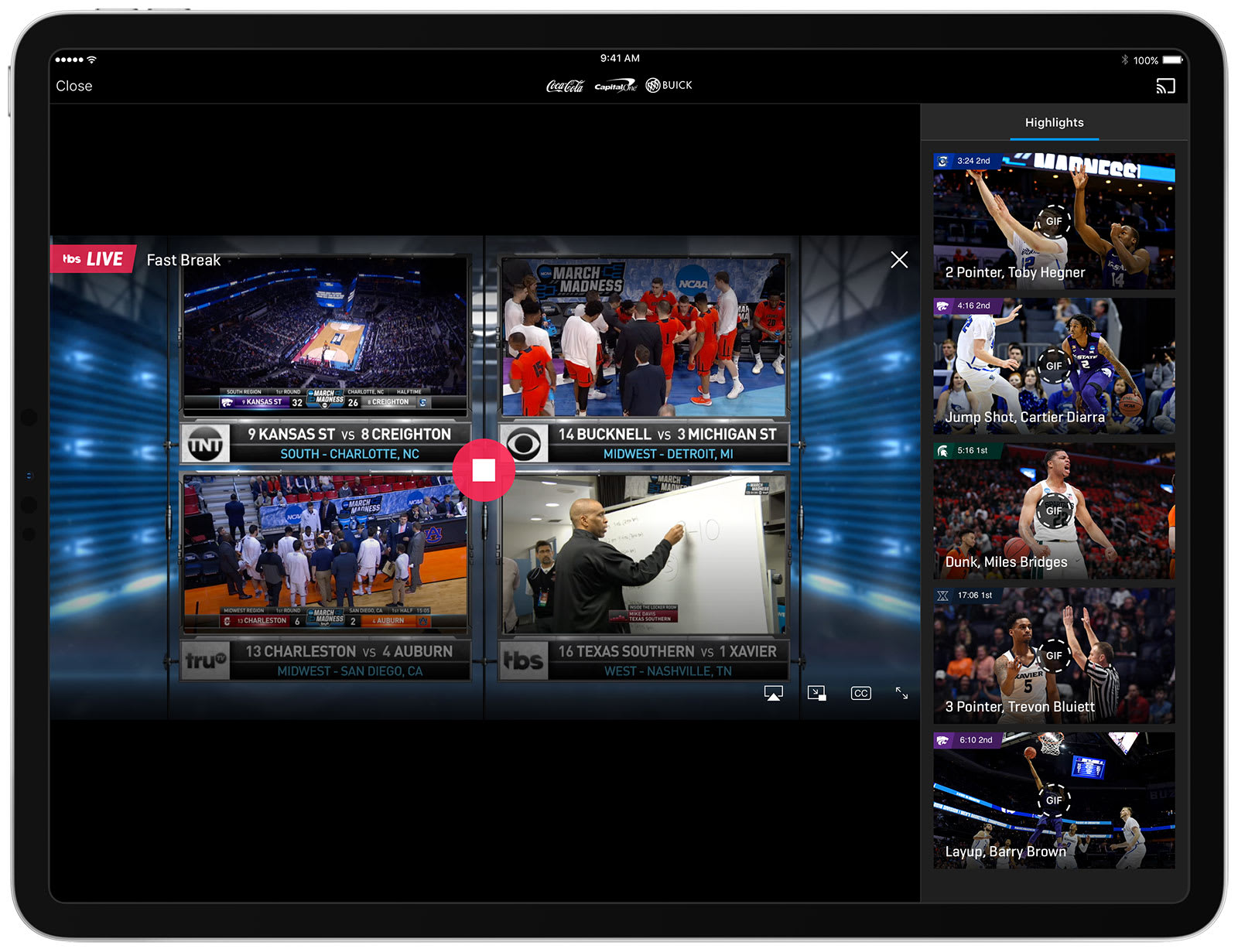 While the app is pretty much available everywhere you'd want to stream, it does require a TV log-in to unlock full access. Turner, the broadcaster with rights to the tournament, says you can watch all games during a three-hour free preview period on iOS, Android and the web. There's also a similar preview period for Turner networks on tvOS, Roku, Fire TV and Xbox. That's nice, but it will only get you so far.

After the First Four, games are spread across CBS, TBS, TNT and truTV for the First and Second Rounds that run March 21st through 24th. For the Regional Rounds -- the Sweet 16 and Elite Eight -- games will only be on CBS and TBS from March 28th through 31st. Last, the Final Four and National Championship Game will air on CBS on April 6th and 8th, respectively. This means that if you don't have a cable log-in but you do have an antenna or access to local channels, you'll still be able to watch a few games on CBS. You can also watch those games in the app for free. That's right, CBS games in March Madness Live don't require a paid TV subscription on the web or on a mobile device. It's a fraction of the full slate and you'll likely miss some of the teams you want to see, but it's better than nothing.

If you're aching to watch the whole shebang and don't have TV credentials, consider a live TV-streaming service. Sling TV and Hulu + Live TV both offer seven-day free trials, and YouTube TV will let you try it out for five days. This will only get you through a chunk of the action unless you pay up, but it will give you access to the full slate rather than just what you can get on CBS. Sling Blue is only $15 per month and gives you access to TBS, TNT and truTV but not CBS. You could supplement with the app to get those games, but it means not having everything in one spot. YouTube TV is $40 per month and Hulu + Live TV is $45, and both include all four channels you'll need to see any game during the tournament.

Basically, if you don't already have a TV log-in, be prepared to pay up if you want to stream more than a portion of the March Madness action. If you do have the necessary credentials, the March Madness Live app is the best place to stream, thanks to a number of handy features.

For one, the Fast Break tool will give you a broader look at the action from one spot. This includes coverage of "all the biggest moments," live look-ins at the key matchups, instant highlights and real-time commentary and analysis. Basically, Fast Break is for the superfan and should help make sure you're not waiting for SportsCenter to catch the biggest plays of the tournament. 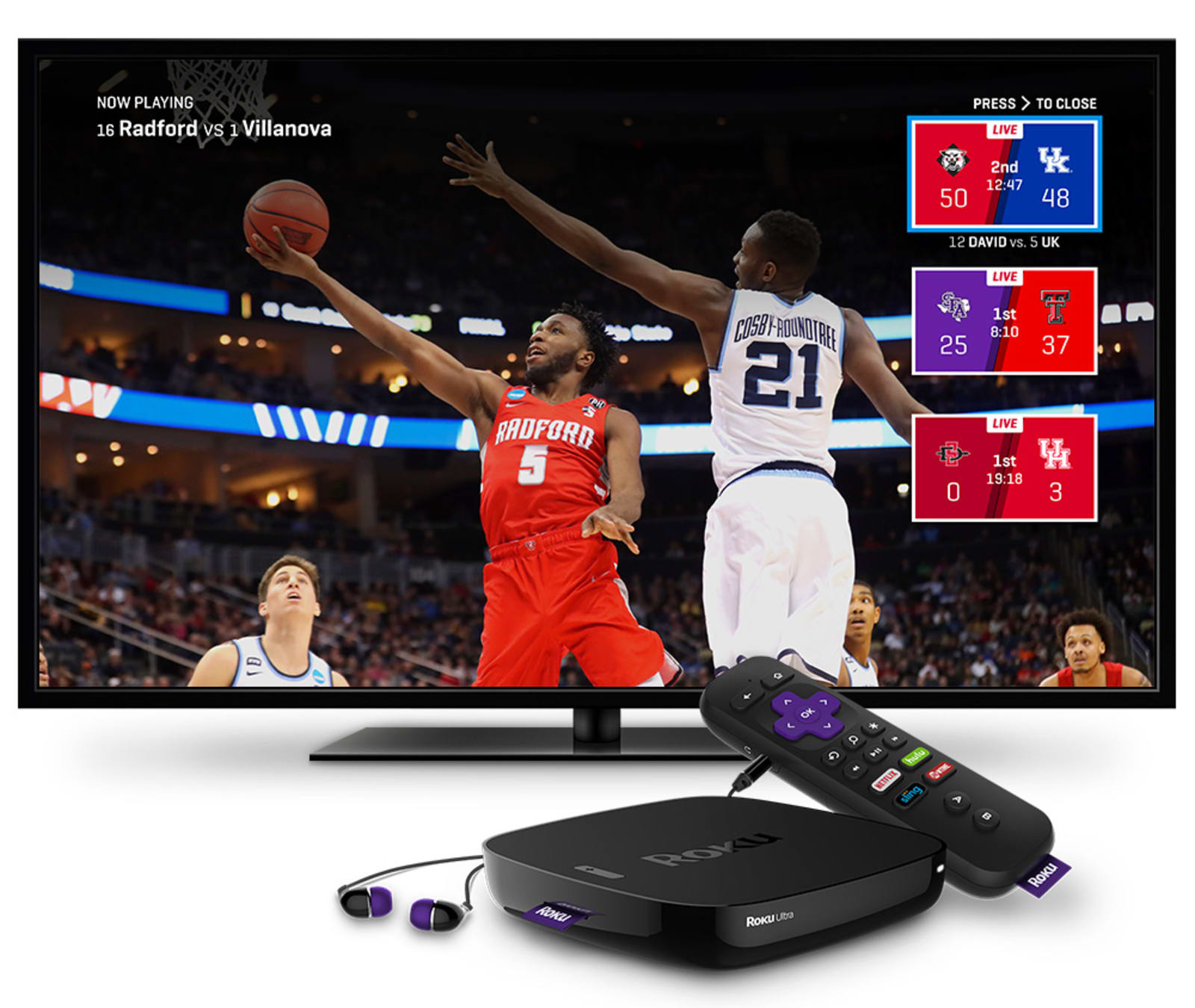 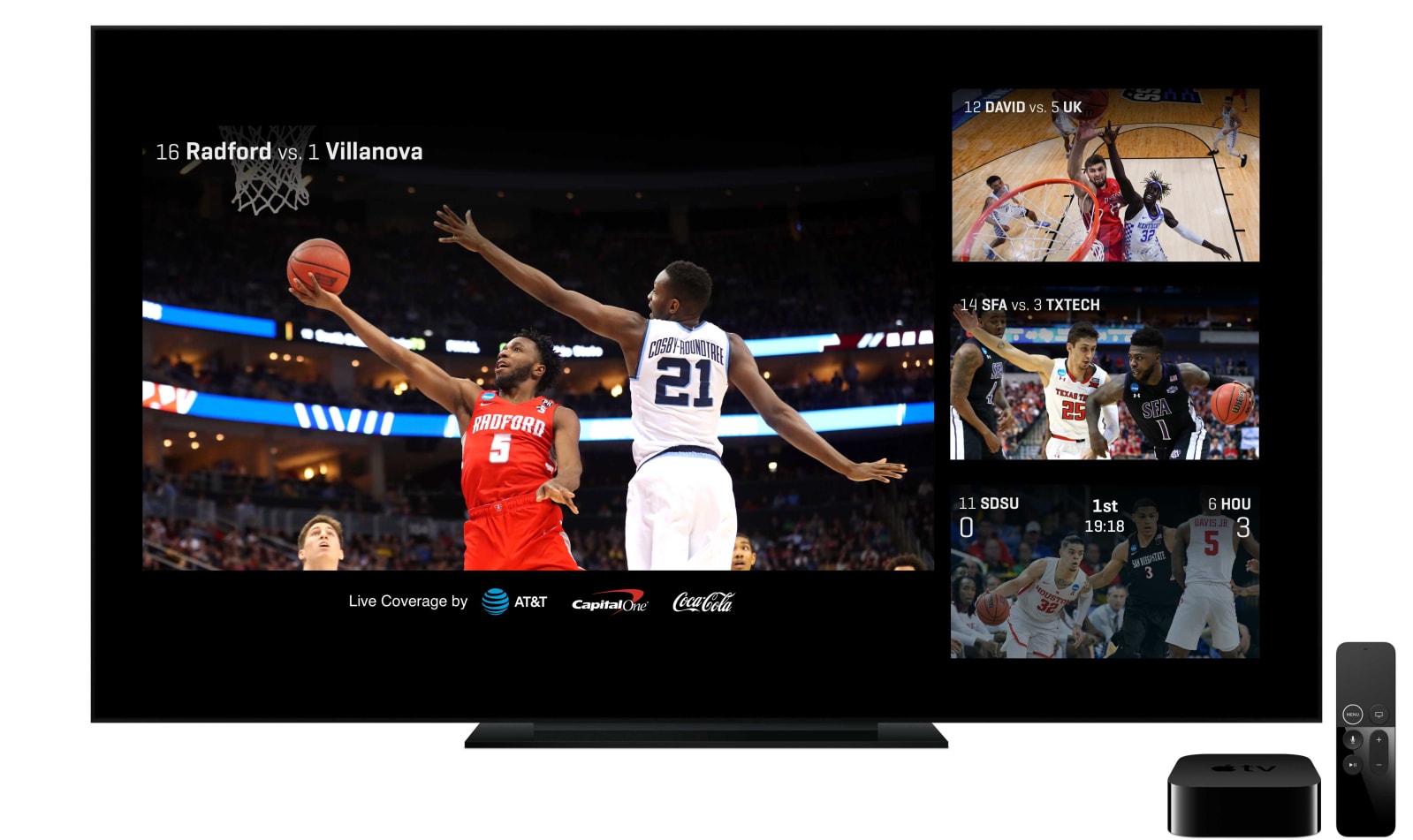 Unfortunately, perhaps the most useful feature is limited to Apple TV. There, you can watch up to four games at once with MultiView. The March Madness Live app on some other streaming devices offers a Game Switcher that allows you to keep track of three game scores while you watch another. And as the name suggests, you can swap quickly among them.

Turner has been keen on VR for March Madness for a few years now, and 2019 is no different. Twenty-one games will be available in virtual reality, including the Final Four and National Championship Game, all powered by Intel's True VR. The Final Four and National Championship will also feature Intel True View with 360-degree replays and highlights during a live broadcast. If you're interested, the March Madness Live VR app is available through the Oculus Store. I asked Turner if access to VR requires a paid TV subscription, but the company didn't specify. It did say that more info on virtual reality is coming this week.

Finish up your brackets and prepare for them to get busted. Hey, at least now you know how to stream all the action for the next few weeks.