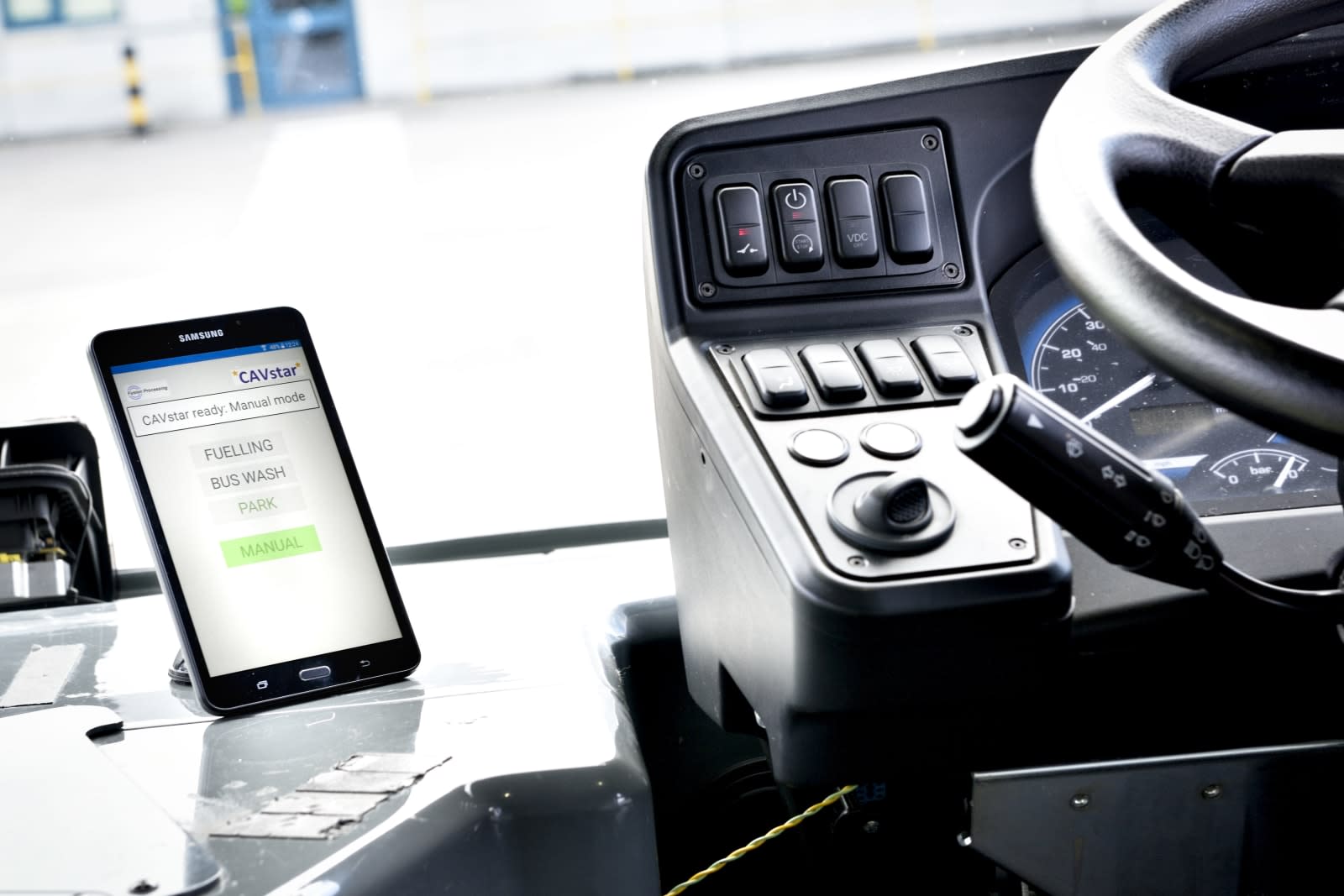 The UK unleashed its first full-sized autonomous bus today -- albeit in limited fashion. For now, the single-deck bus will navigate around a Manchester bus depot, where it will park and maneuver itself into a bus wash. But the technology onboard could soon make all buses safer, and it will be used again in 2020, when five autonomous buses carry passengers across Scotland's Forth Road Bridge Corridor, once the largest suspension bridge outside of the US.

The sensor package onboard includes radar, LIDAR, optical cameras, ultrasound and satellite navigation. As with all autonomous vehicle technology, there's a chance for cross over into manually driven vehicles, where this tech might do things like warn bus drivers of cyclists or pedestrians in blind spots.

While this autonomous bus is still in its infancy -- and limited to driving around a bus depot -- it's a significant step in the UK's autonomous vehicle progress. It may not be quite as exciting as an autonomous fighter jet, taking a ride in an underground tunnel around Las Vegas, or FedEx delivery robots, but buses will likely be the first autonomous mass-transit we see, and this takes us one step closer.

In this article: alexander dennis, autonomous, autonomous bus, cavstar, fusion processing, gear, Manchester, TL19AUTOBUS, tomorrow, transportation, UK
All products recommended by Engadget are selected by our editorial team, independent of our parent company. Some of our stories include affiliate links. If you buy something through one of these links, we may earn an affiliate commission.