With all the talk of 5G phones at MWC this week, it's easy to forget about the practical uses for the public, enterprise and more. Applications across a range of industries are on display in Barcelona, and one of the most interesting is from Einride. The Swedish company has already made headlines for its T-pod autonomous, and all-electric, delivery truck. Einride later revealed the T-log, a version of the T-pod, but as the name suggests, a model designed for logging. Here in Barcelona, the company is showing off a new setup for the first time: a system that allows someone to operate the T-pod truck remotely over 5G. And in this particular case, from over a thousand miles away.

Don't worry, the T-pod was safely away from public roads. The company had a mini course set up at AstaZero, a test site outside Gothenburg, Sweden. A short loop and limited speeds that maxed out at 8 km/h or just under 5 MPH easily kept things under control. Einride also had staff on site to help monitor the waves of novice truck drivers behind the wheel, and I also had someone close by here in Spain to make sure I kept it between the lines.

The driver's seat looked like something you'd use to play Forza. Basically, there was a racing-style seat with game-ready pedals and a steering wheel. Out front, a group of six displays gave me a wide view, something like you'd see out of the windshield of a truck. Keep in mind, the T-pod doesn't have a cab, so its six cameras are essential for remote monitoring. Indeed, all of those are projected on the displays, including what would be the side mirror views and three cameras that offer multiple angles behind the vehicle. This would prove to be invaluable as the short course had a stop sign and a construction zone to contend with. 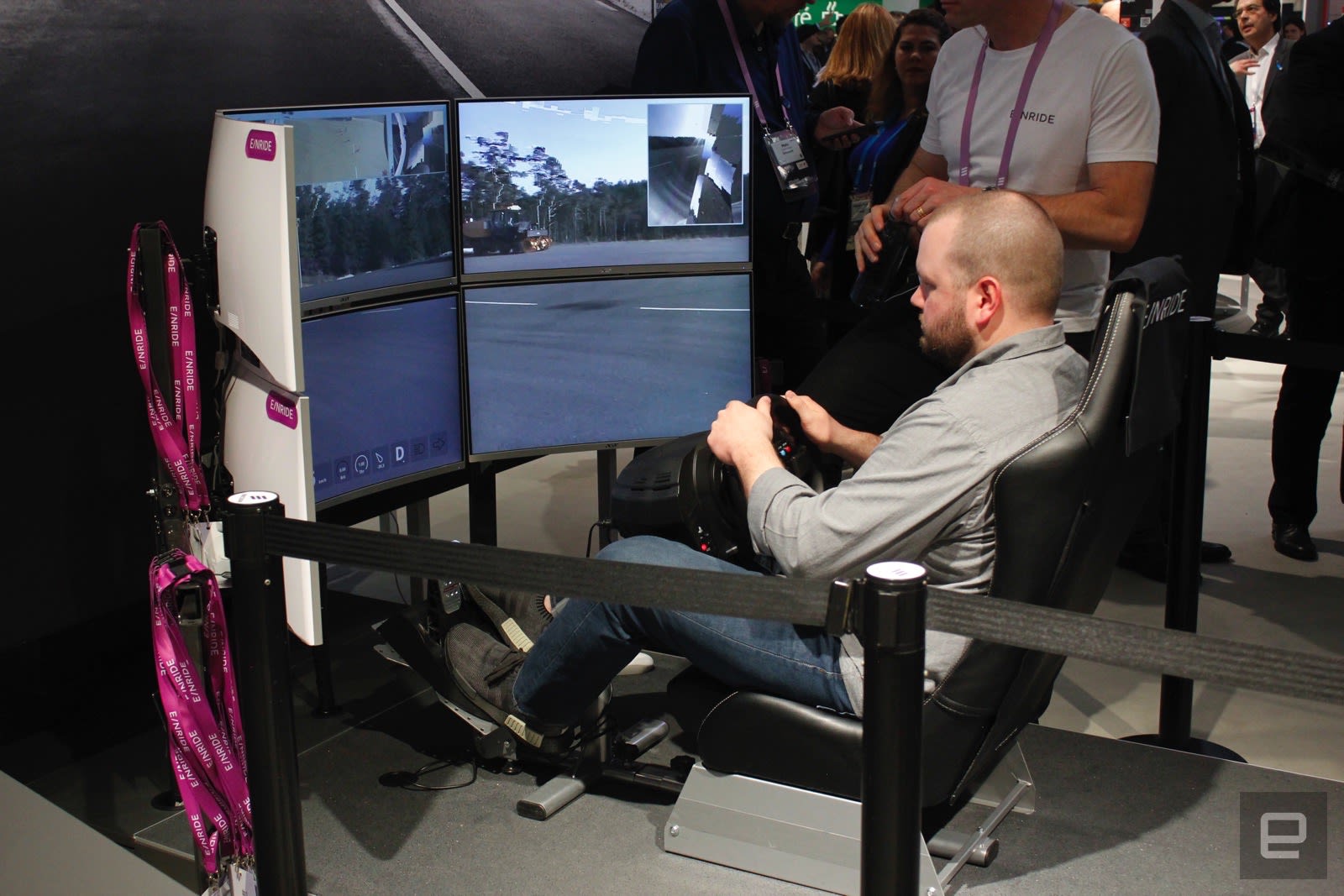 Even though the T-pod is fully autonomous, human oversight is still required by law. The goal is to eventually use a remote-control setup like this for one driver to monitor an entire fleet of trucks -- perhaps up to 10 at a time. The demo here in Barcelona was running on Ericsson's 5G, which offers extremely low latency thanks to the increased speeds. After all, you wouldn't want lag to be a concern when you're driving a multi-ton truck from afar. If a T-pod was approaching a work zone on the road, for example, a remote driver could take control, pilot the truck around the hazard, and then leave it to navigate the rest of the route on its own.

Autonomous vehicles like Einride's T-pod will likely play a huge role in the future of shipping logistics. And the ability, and reliability, to control them remotely is a big piece of getting these vehicles on the road. Though it was only a demo at MWC, it seems like Einride and Ericsson are well on their way to finding a workable solution. 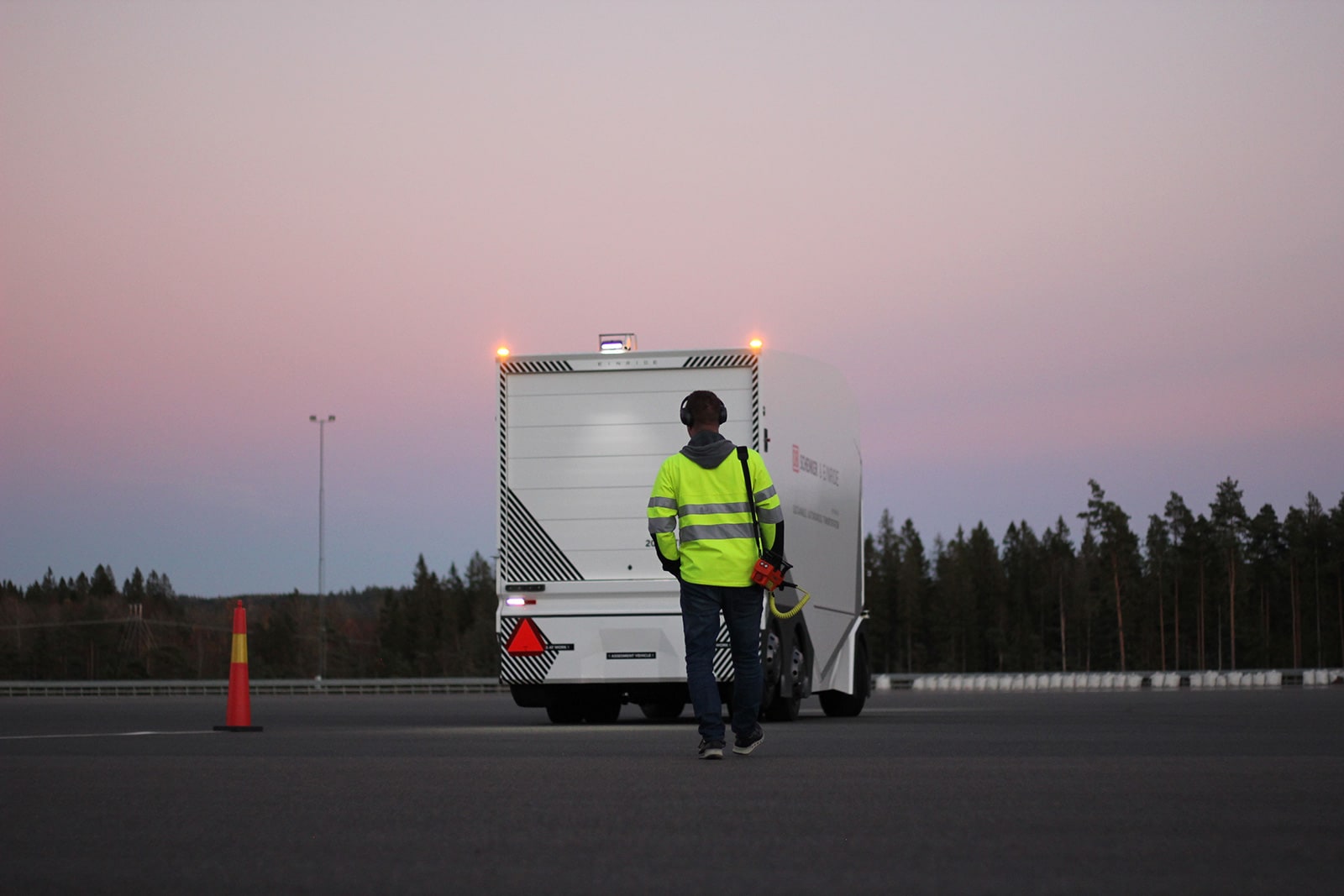 Einride's T-pod at the AstaZero test site in Sweden during MWC
All products recommended by Engadget are selected by our editorial team, independent of our parent company. Some of our stories include affiliate links. If you buy something through one of these links, we may earn an affiliate commission.