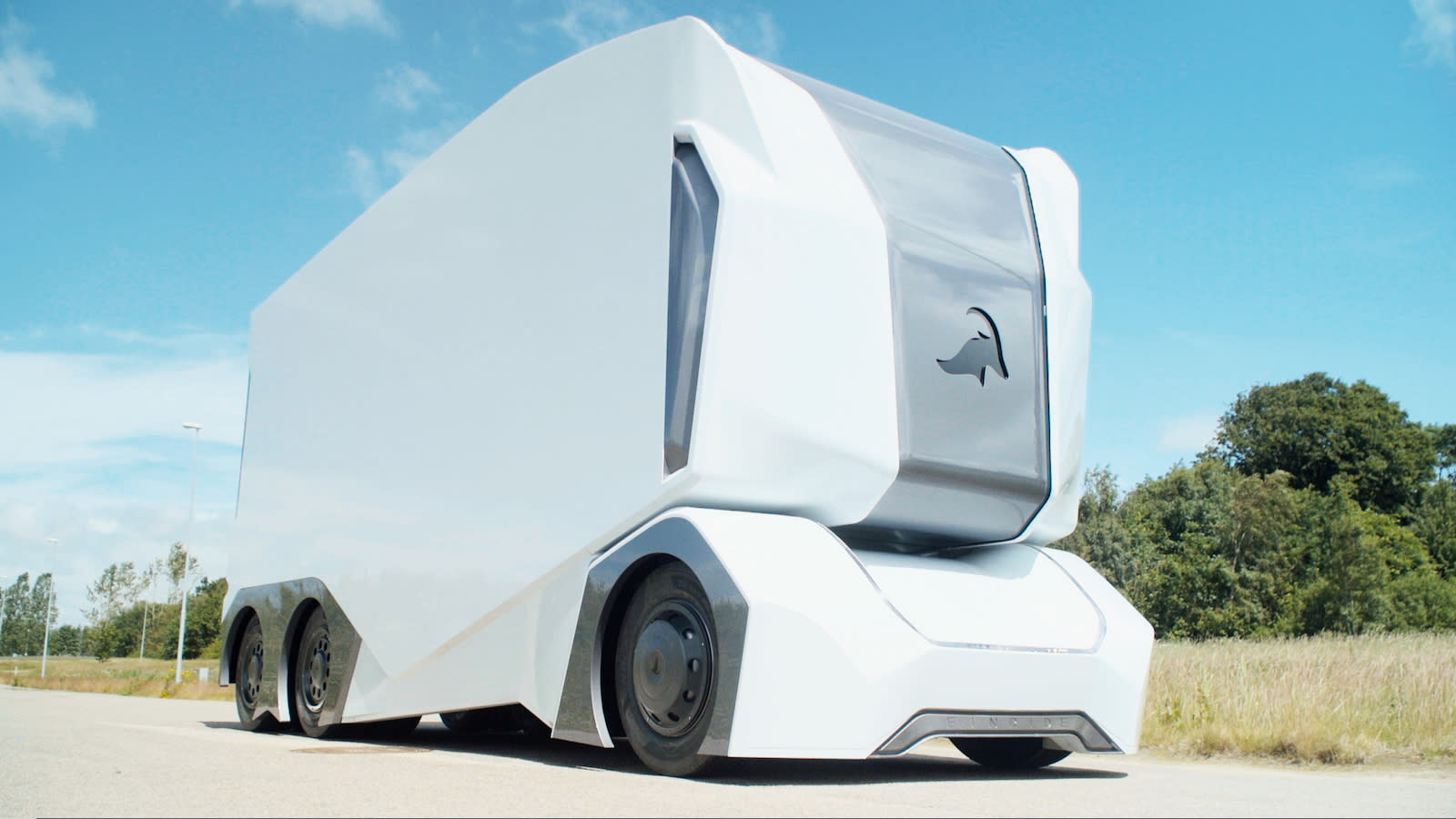 Einride has just revealed the prototype of the T-pod, its autonomous electric truck. The Swedish company's self-driving vehicle can transport 15 standard pallets and can travel 124 miles on one charge. And because there's no need for a person to sit inside of it, the T-pod also has no cab space and no windows -- giving it a very futuristically odd look.

The truck uses a hybrid driverless system. While on highways, the T-pod drives itself, but on main roads, a human will remotely manage the driving system. People will also monitor T-pods as they drive on highways in case a situation arises that necessitates human control. Einride is currently working on charging stations for the trucks.

Einride isn't the only company working on driverless shipping trucks. Waymo, Uber and Daimler are among the companies also developing similar vehicles. For shipping at larger scales, self-navigating and remote-controlled ships as well as massive drones are also in the works.

The T-pod prototype isn't fully developed quite yet, but Einride expects to have its first completed truck available to customers in the fall. By 2020, the company plans to have a fleet of 200 goofy-looking trucks that will travel between Swedish cities Gothenburg and Helsingborg, carrying an expected two million pallets per year.

In this article: AutonomousVehicles, Daimler, design, einride, gear, SelfDriving, transportation, uber, waymo
All products recommended by Engadget are selected by our editorial team, independent of our parent company. Some of our stories include affiliate links. If you buy something through one of these links, we may earn an affiliate commission.