An equally unusual Axon V could have cameras that jut out.
J. Fingas|03.18.19
@jonfingas

The quest to create all-screen phones has led to some unusual camera designs, but ZTE's ideas might just take the cake. Notebook Italia appears to have leaked details of two phones, the Axon S and Axon V, that would go to great lengths to avoid notches or cutouts. The Axon S (above) would reportedly tuck both its two front and three rear cameras into a sideways slider running the entire height of the phone. Even the ZTE branding would stay hidden until you're ready to take a photo. This design would make sense for many outward-facing photos, although your selfies might be slightly askew.

Many of the phone's specs aren't available, although the Axon S would include 48- and 19-megapixel rear cameras, one of which would offer 5X optical zoom. You could also expect an OLED display, an under-the-screen fingerprint reader and 5G in some markets.

The Axon V you see below would go a very different direction. It would have two rear cameras in a familiar fixed position on the back, but its two front cameras would sit in a permanent outcropping on on the upper right -- we hope you don't mind asymmetry. Those who don't mind would get "3D" front imaging, a 6.8-inch 21:9 ratio OLED screen and a larger battery occupying pace where the selfie cams would normally sit. A 5G version is believed to be in the cards.

NI didn't say when the Axon S would ship, but it expected the Axon V to arrive in 2019. In both cases, cost may be the deciding factor. Although they both have features that suggest high prices, ZTE is known for undercutting the competition. It might have an edge if it can offer a discount versus other premium phones. 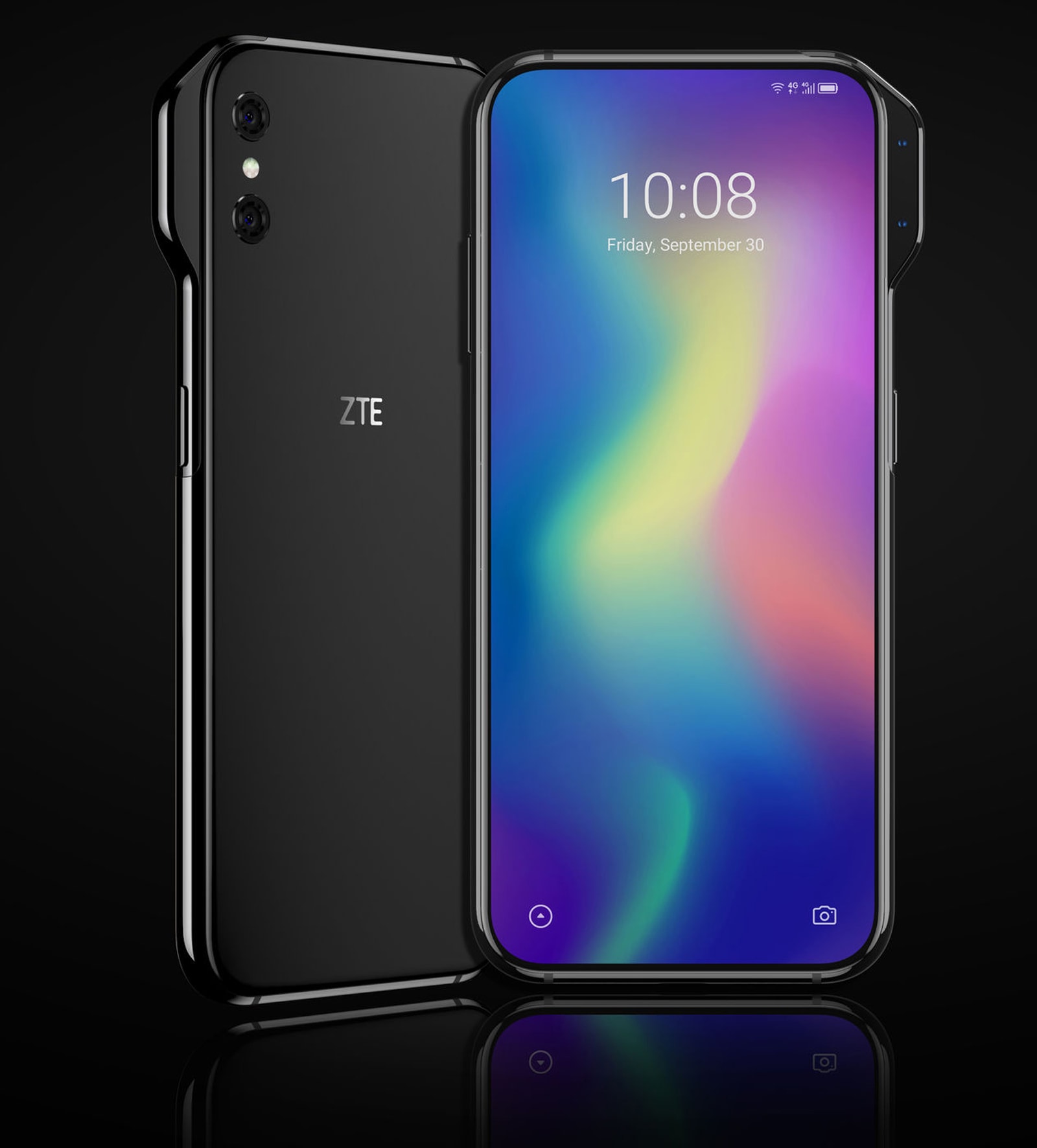