Google will shut down its Inbox app on April 2nd

Inbox by Gmail will bid its users farewell on the same day Google+ is shutting down.

Google+ isn't the only Mountain View property that's getting the axe on April 2nd. Apparently, the Inbox app is also bidding its users farewell on the same day. The tech giant first revealed that it's going to discontinue its smarter take on email late last year, but it didn't say when specifically. Now, Google has started notifying users that Inbox will be going away in 15 days (from March 18th) through a screen that pops up when they fire up the app. 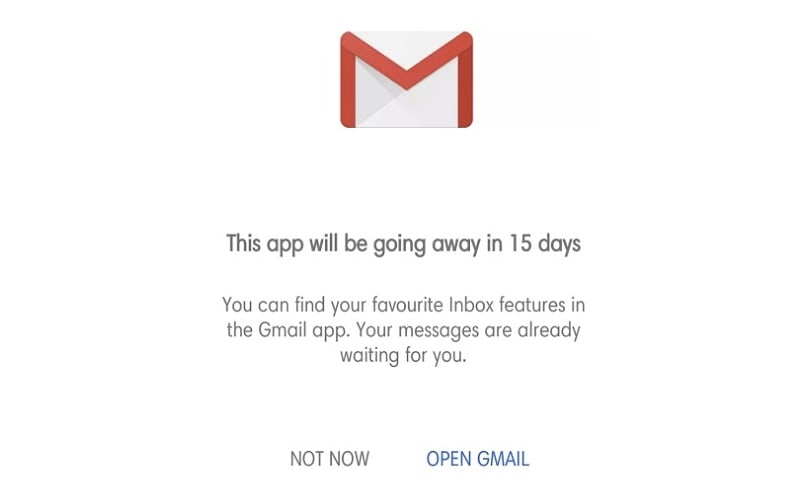 The notification includes a link to open the Gmail app as an attempt to ensure that current users continue to use Google products. Gmail for mobile already has some of Inbox's most useful features, such as Smart Reply, Smart Compose and Follow-ups -- it also recently went through an all-white redesign that made it look and feel more like Inbox. Unfortunately, fans will have to give up Inbox's bundling and other features that have yet to make their way to Gmail until Google decides to bring them over.

Turn on browser notifications to receive breaking news alerts from Engadget
You can disable notifications at any time in your settings menu.
Not now
All products recommended by Engadget are selected by our editorial team, independent of our parent company. Some of our stories include affiliate links. If you buy something through one of these links, we may earn an affiliate commission. All prices are correct at the time of publishing.
Google will shut down its Inbox app on April 2nd
app
email
gear
google
inbox
internet
mobile