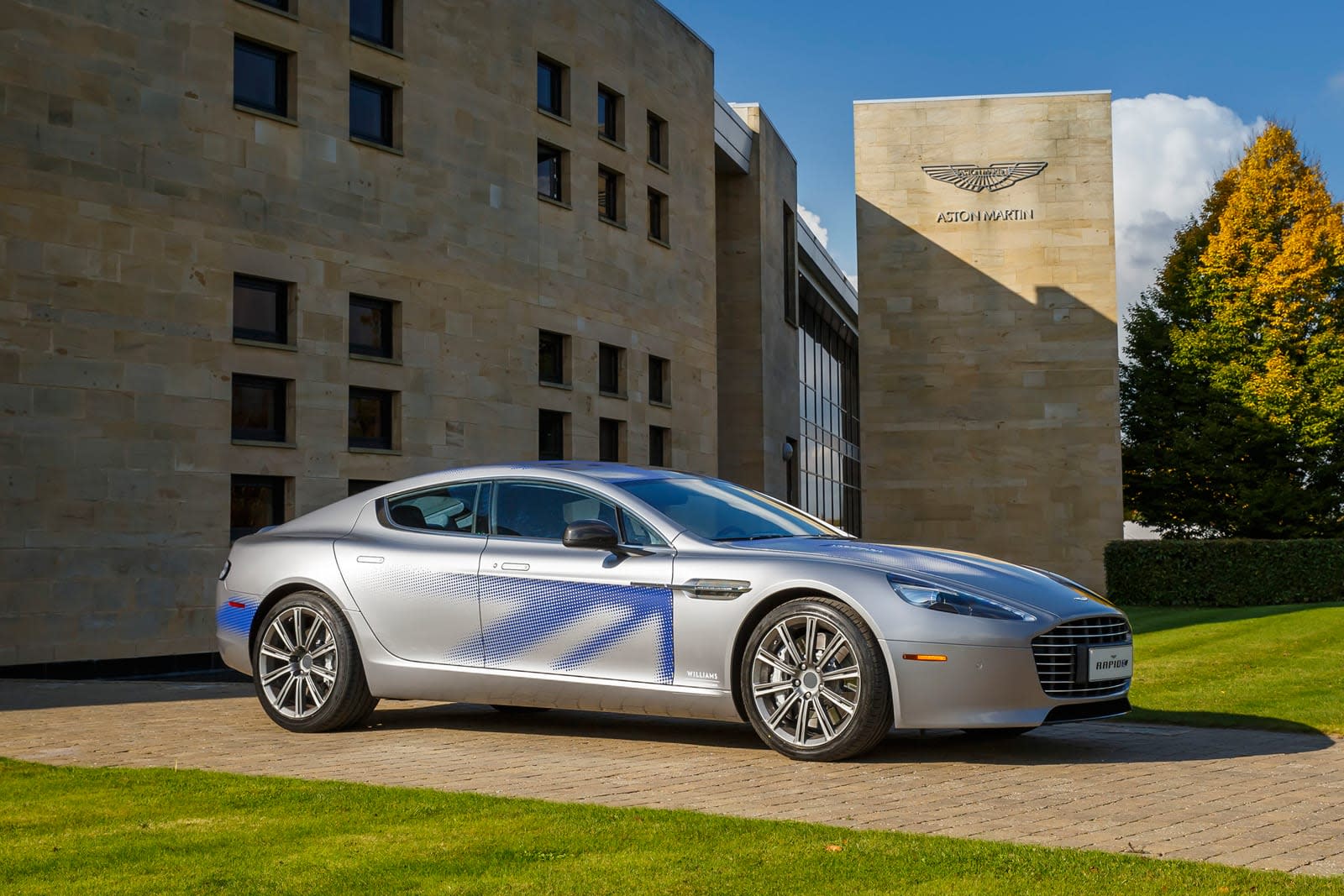 James Bond movies tend to be a reflection of the cultural zeitgeist, and that might be reflected in his choice of whip next time around. The Sun sources have claimed that the director of the next Bond movie, Cary Joji Fukanaga, wants 007 to drive Aston Martin's electric Rapide E (above) instead of one of its gas-powered coupes. It may seem like blasphemy for Bond's flashiest vehicle to be a sedan, but Fukanaga, lead actor Daniel Craig and the producers reportedly believed "the time was right" for the secret agent to use an emissions-free ride.

There's no guarantee this will happen. If it does, though, it'll represent a milestone for the spy thriller series as the first actual environmentally-friendly Bond car. While the agent was supposed to be driving a hydrogen fuel cell Ford Edge in Quantum of Solace, that was just a conventional model gussied up as the then-unavailable Edge HySeries. Here, Bond could drive the real deal.

It'd be up to the job, too. The Rapide E's dual motors will make it getaway-ready with the equivalent output of 602HP and a top speed of 155MPH, and it should stay cool enough at speed to last for a entire chase scene. Let's just hope Bond doesn't need to drive too far. The Rapide E does have an estimated 200-mile-plus range and a very fast charging system, but it wouldn't be much fun to watch Bond twiddling his thumbs at a charging station.

In this article: 007, aston martin, astonmartin, electric car, electric vehicle, electriccar, electricvehicle, entertainment, gear, green, james bond, jamesbond, rapide e, rapidee, shatterhand, transportation
All products recommended by Engadget are selected by our editorial team, independent of our parent company. Some of our stories include affiliate links. If you buy something through one of these links, we may earn an affiliate commission.