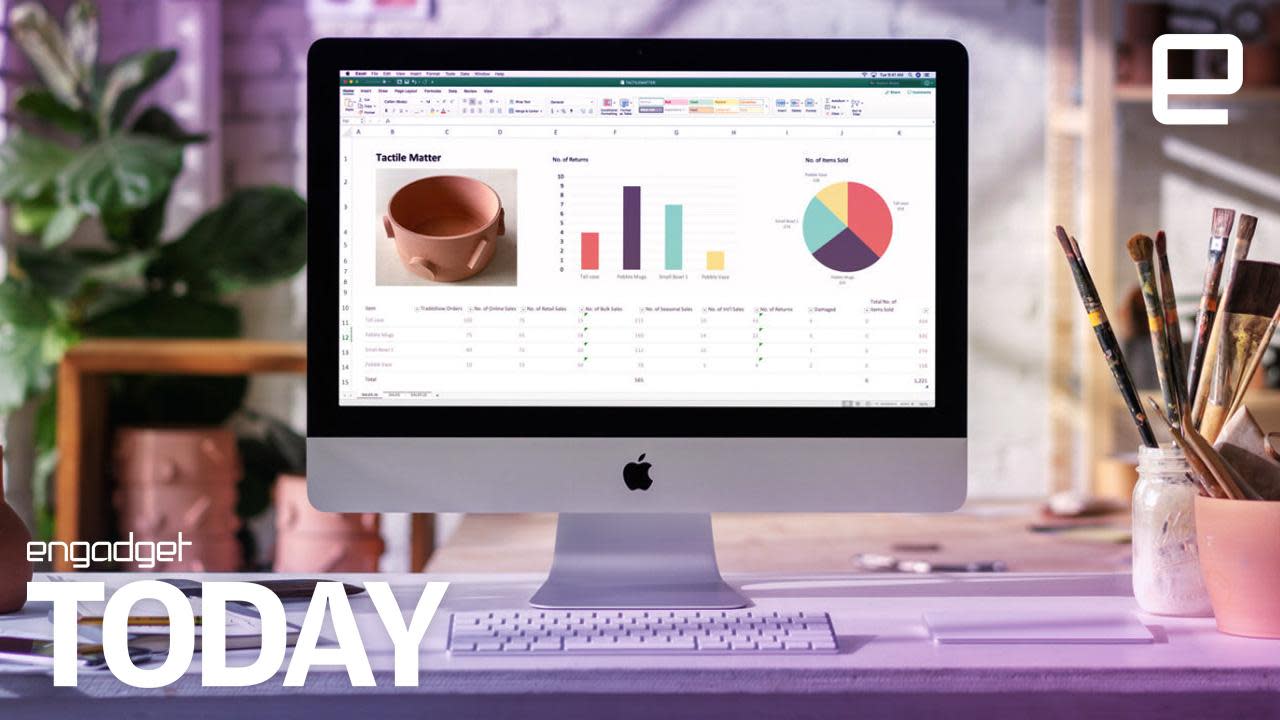 It's shaping up to be a busy week for Apple. Yesterday the company unveiled two updated iPads, and today it announced the iMac is getting a minor refresh. Going forward, the 21.5-inch model will be offered with an eighth-gen six-core Intel Core i5 CPU at the high end, plus 4GB AMD Radeon Pro Vega 20 graphics. That top-tier sku will also include an eighth-gen six-core Core i7 processor as a configure-to-order option. At the entry-level, the 21.5-inch model starts with a dual-core seventh-generation Core i5 processor, and then moves up to configurations with eighth-gen quad-core chips.

The 27-inch model, meanwhile, will be offered with a minimum of six cores (Core i5). Upgrade options include an eighth-generation Core i7 chip and a ninth-gen eight-core Core i9 upgrade option -- a first for this product line. The 27-incher also steps up to an 8GB Radeon Pro Vega 48 GPU, which Apple says is capable of up to 7.3 teraflops of graphics performance.

And... that's it. Other than the silicon tucked inside the machine, nothing else has changed from the last generation of iMacs. The design is the same, from the port selection to the Retina display (4K on the 21.5-inch and 5K on the larger model). Even the storage options are identical, which is a shame because that means the two lowest-end configurations are still saddled with traditional spinning hard drives unless you pay extra for an SSD.

The prices are also the same, and in fact the entry-level $1,099 21.5-inch iMac is not receiving any spec upgrades whatsoever. From there, the price tiers remain as-is. This means the highest-end 21.5-inch configuration starts at $1,499, while the 27-inch iMac starts at $1,799. As ever, the top-end 27-inch unit costs $2,299, but that still leaves room for some additional up-sells.

The new iMac is available for pre-order today and will start showing up in stores over the course of next week, with different markets likely to see slightly different release dates.

In this article: AOLoriginals, apple, apple imac, Daily Show, Engadget, Engadget Today, engadget video, Entertainment, gear, imac, imac2019, personal computing, personalcomputing, radeon pro vega, radeonprovega
All products recommended by Engadget are selected by our editorial team, independent of our parent company. Some of our stories include affiliate links. If you buy something through one of these links, we may earn an affiliate commission.