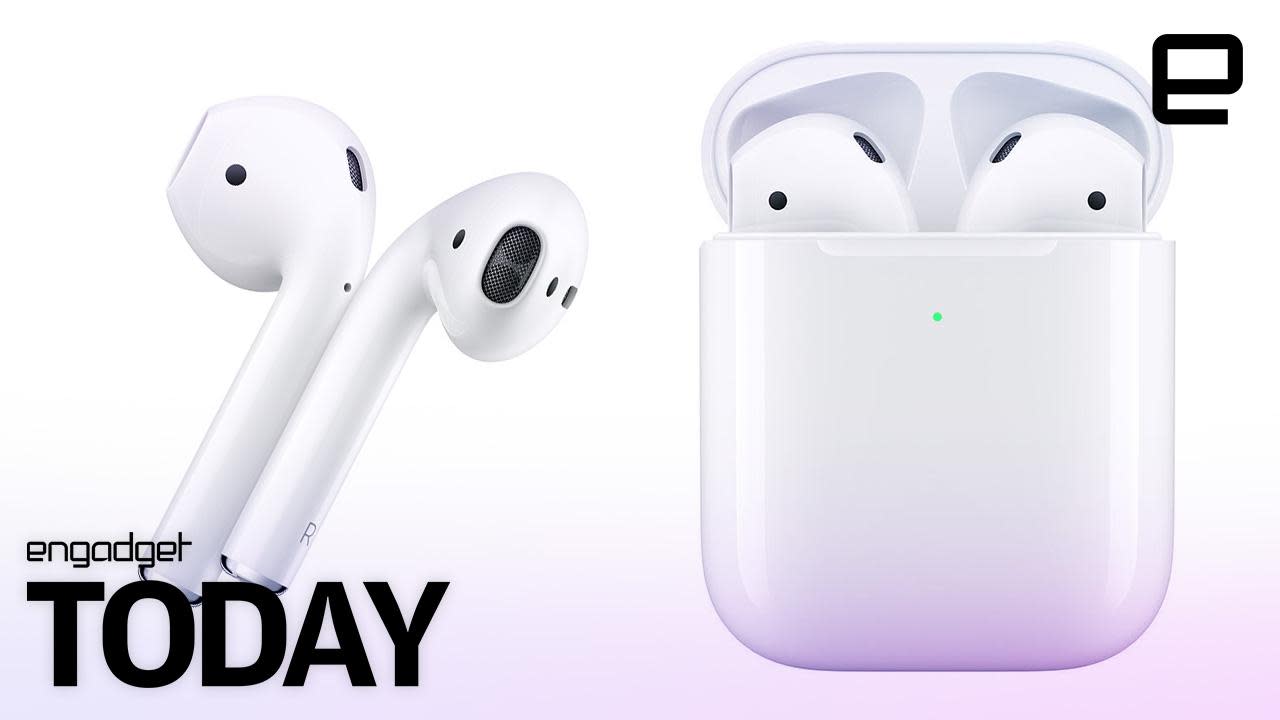 Apple's hardware trojan horse continues to gallop a week ahead of its "show time" event next Monday. We've seen two new iPads and an iMac update, and now its increasingly ubiquitous AirPods are up. The rumors have been around for a while as to what was next for the AirPods. Noise cancellation? All kinds of wireless charging? Always-on Siri? How about some, but not all, of the above?

The AirPods will come with either the standard case or the new wireless charging case. Both will still hold a top-up charge for "more than 24 hours of total listening time" and the wireless case is Qi-compatible for any chargers you're already using with your new(ish) iPhone.

The new headphones have a new Apple-designed H1 chip, developed for headphones, and aimed at faster connect times, better battery life and, yes, hands-free "Hey Siri" too. Your new wireless headphones will always be listening for your audio commands. That new chip apparently promises improved synchronization as well as two-times faster switching between your iOS devices and the Apple Watch.

The wireless charging case option will be available for $199 (or £199) and are available to order on Apple's retail site and the Apple Store app starting today. For old-school charging only, the price is $159 (£159)-- same as the original model. And if you just want the case to upgrade your existing AirPods, then that will cost you $79 (£79) -- arguably not too aggressive a price for the standout feature of AirPods Generation 2. Also new for 2019, AirPod buyers can add a personal engraving to the headphones free of charge.

In this article: airpods, airpods2, AOLoriginals, apple, apple airpods, av, Daily Show, Engadget, Engadget Today, Engadget Video, entertainment, gear, mobile, new airpods
All products recommended by Engadget are selected by our editorial team, independent of our parent company. Some of our stories include affiliate links. If you buy something through one of these links, we may earn an affiliate commission.