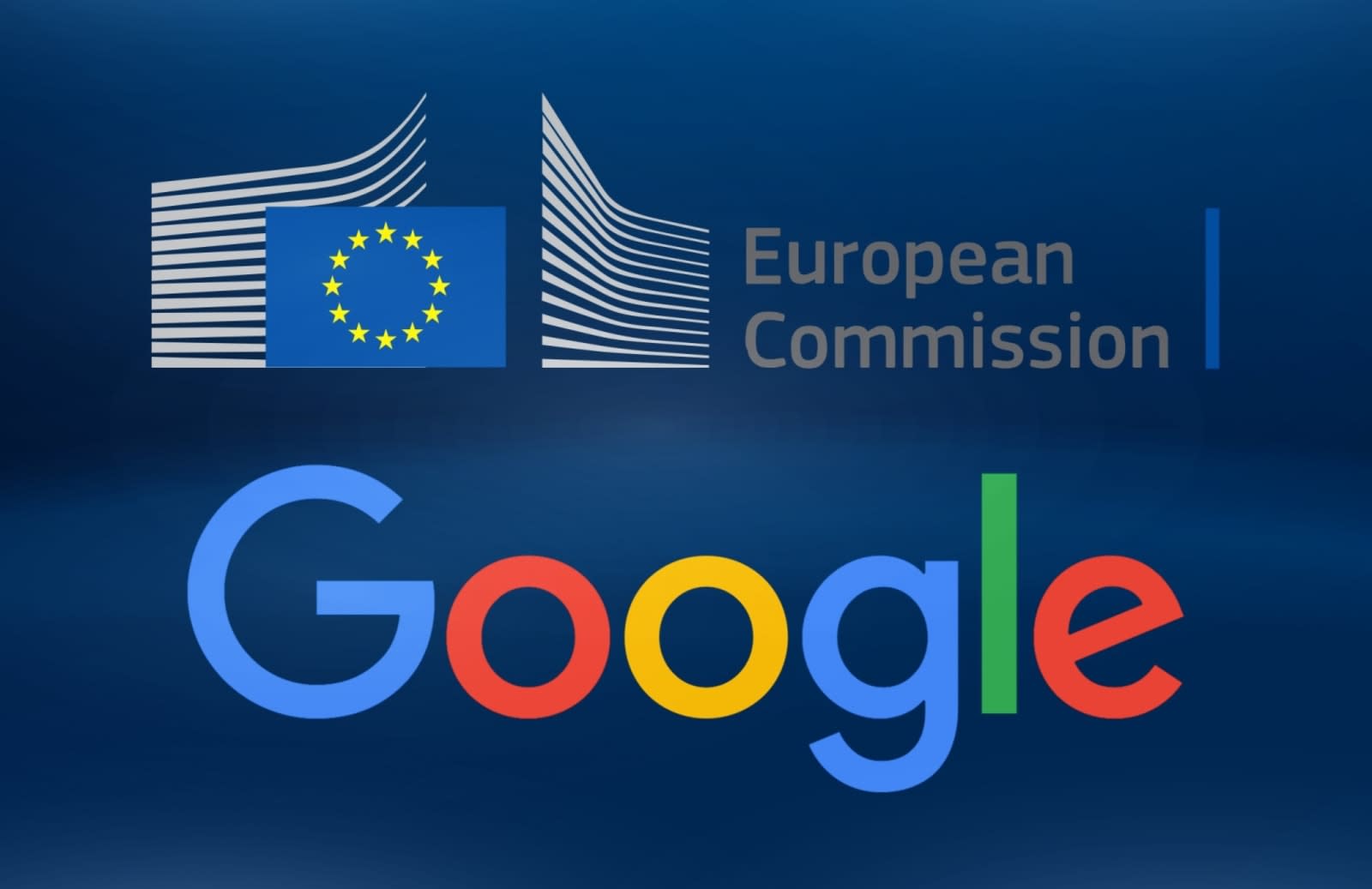 The European Commission has fined google €1.49 billion ($1.69 billion) over what it calls "abusive practices in online advertising." That's on top of the $5 billion and $2.4 billion fines it slapped on the search giant in 2018 and 2017. Competition commissioner Margrethe Vestager said Google "shielded itself from competitive pressure" via exclusive advertising contracts with publishers. Google did this mainly through its AdSense service, which dominated 70 percent of the market in Europe over a 10 year period.

A large fine was widely anticipated over abusive AdSense practices, but not one as high as $1.69 billion. The EU said it came up with the figure because Google dominated online advertising for so long. "The Commission's fine takes account of the duration and gravity of the infringement. Fine has been calculated on the basis of the value of Google's revenue from online search advertising intermediation in the EEA," it said in a news release.

"We've always agreed that healthy, thriving markets are in everyone's interest," Kent Walker, Google SVP of Global Affairs told Engadget in a statement. "We've already made a wide range of changes to our products to address the Commission's concerns. Over the next few months, we'll be making further updates to give more visibility to rivals in Europe."

In 2006, Google added exclusivity clauses to ad contracts with websites and advertisers. "This meant that publishers were prohibited from placing any search adverts from competitors on their search results pages," the Commission said. Google changed those rules slightly in 2009, but retained approval over publisher's ads on competing search engines.

Based on a broad range of evidence, the Commission found that Google's conduct harmed competition and consumers, and stifled innovation. Google's rivals were unable to grow and offer alternative online search advertising intermediation services to those of Google. As a result, owners of websites had limited options for monetizing space on these websites and were forced to rely almost solely on Google.

"Market dominance is, as such, not illegal under EU antitrust rules. However, dominant companies have a special responsibility not to abuse their powerful market position by restricting competition, either in the market where they are dominant or in separate markets," the commission further clarified.

Just ahead of the Commission's announcement, Google's Android OS started asking users to select which browser and search engine they want to use, and not just offer Chrome and Google Search by default. It also created separate licenses for Play, Chrome and Search, so phone makers can offer their own alternatives.

The EU said that Google's market share was actually above 90 percent for general search and over 75 percent for online search advertising via its Google Search app from 2006 to 2016. During a news conference, Vestager noted that it could have been worse, as Google's share of search dropped considerably last year, all the way down to around 60 percent from over 90 percent the year before.

The decision likely has a political element as well. European elections are coming up in May and many voters seeing tech giants like Google as part of the income inequality problem driving movements like the "gilets jaunes."

The EU noted that the fines aren't necessarily the end of the road, either. "Google is also liable to face civil actions for damages that can be brought before the courts of the Member States by any person or business affected by its anti-competitive behavior," it wrote.

In this article: Adsense, Advertising, Android, EuropeanCommission, Fine, gear, google, politics
All products recommended by Engadget are selected by our editorial team, independent of our parent company. Some of our stories include affiliate links. If you buy something through one of these links, we may earn an affiliate commission.