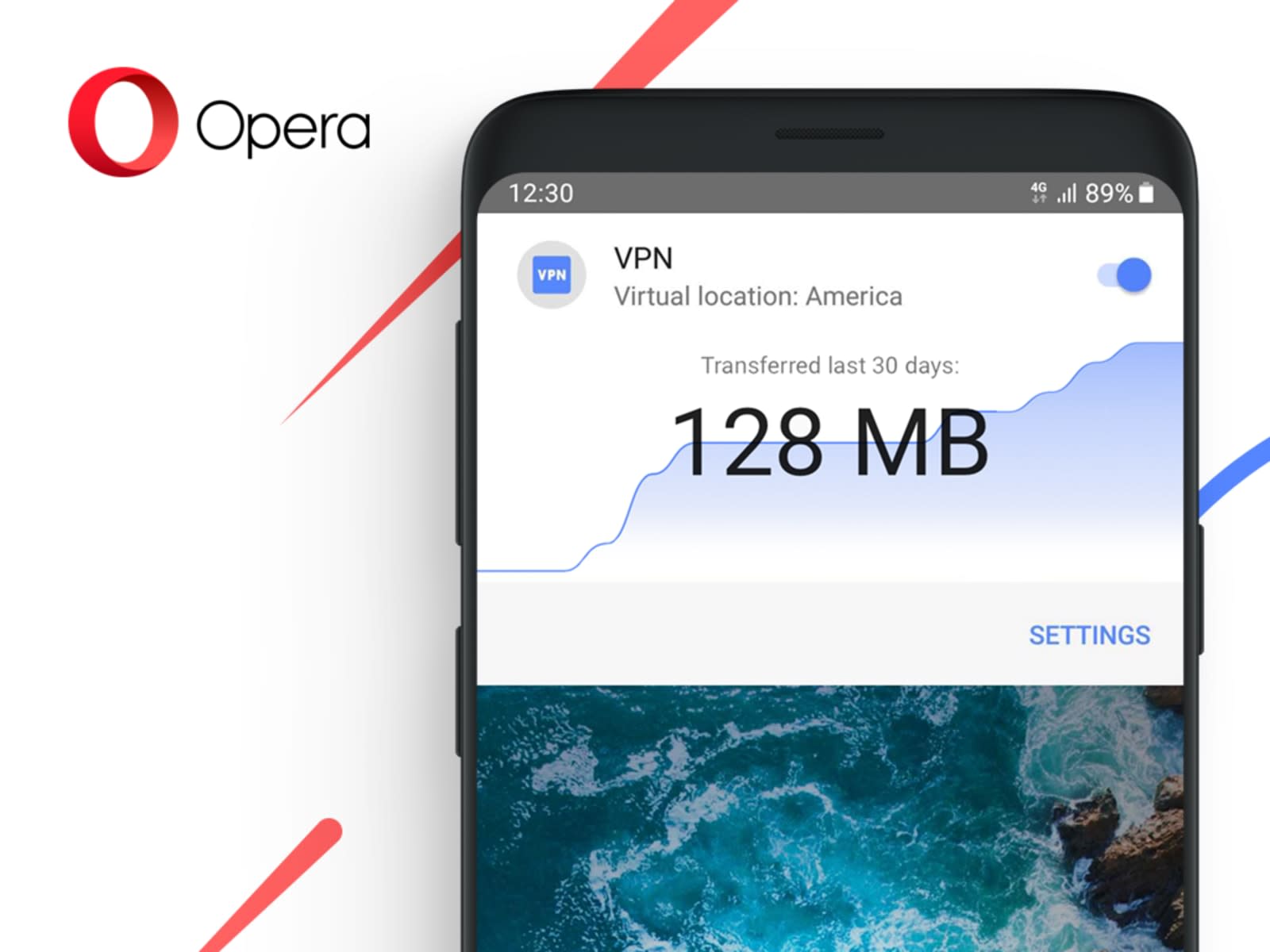 Opera announced that it is offering free VPN protection to all users on Android. The latest version of the company's Android app will include a built-in VPN, expanding a service that it first made available to mobile beta users last month and has offered in its desktop app for years. The VPN will be available starting in Opera for Android 51, which will start rolling out in the Google Play Store today.

If you're unfamiliar with VPNs, the service allows you to create a private connection with a remote server that will communicate with websites that you're visiting. Instead of sending and receiving information over a public network where it could potentially be intercepted by a malicious actor, all of those exchanges are handled by the server. With an encrypted connection between your phone and the VPN server, your data is indecipherable to anyone trying to spy on your actions online.

Opera's built-in VPN uses 256-bit encryption to protect data. It also obscure's a user's true location by connecting to servers located around the world. While the company didn't specify what will be available for locations for its VPN, the beta version allowed users to select servers in America, Europe or Asia, or use a setting to automatically pick the best available connection. Opera is also promising not to keep logs of user activity, so it won't retain any data in a way that might allow someone to identify an individual based on their online activity.

In this article: android, android vpn, gear, mobile, opera, opera for android, services, vpn
All products recommended by Engadget are selected by our editorial team, independent of our parent company. Some of our stories include affiliate links. If you buy something through one of these links, we may earn an affiliate commission.