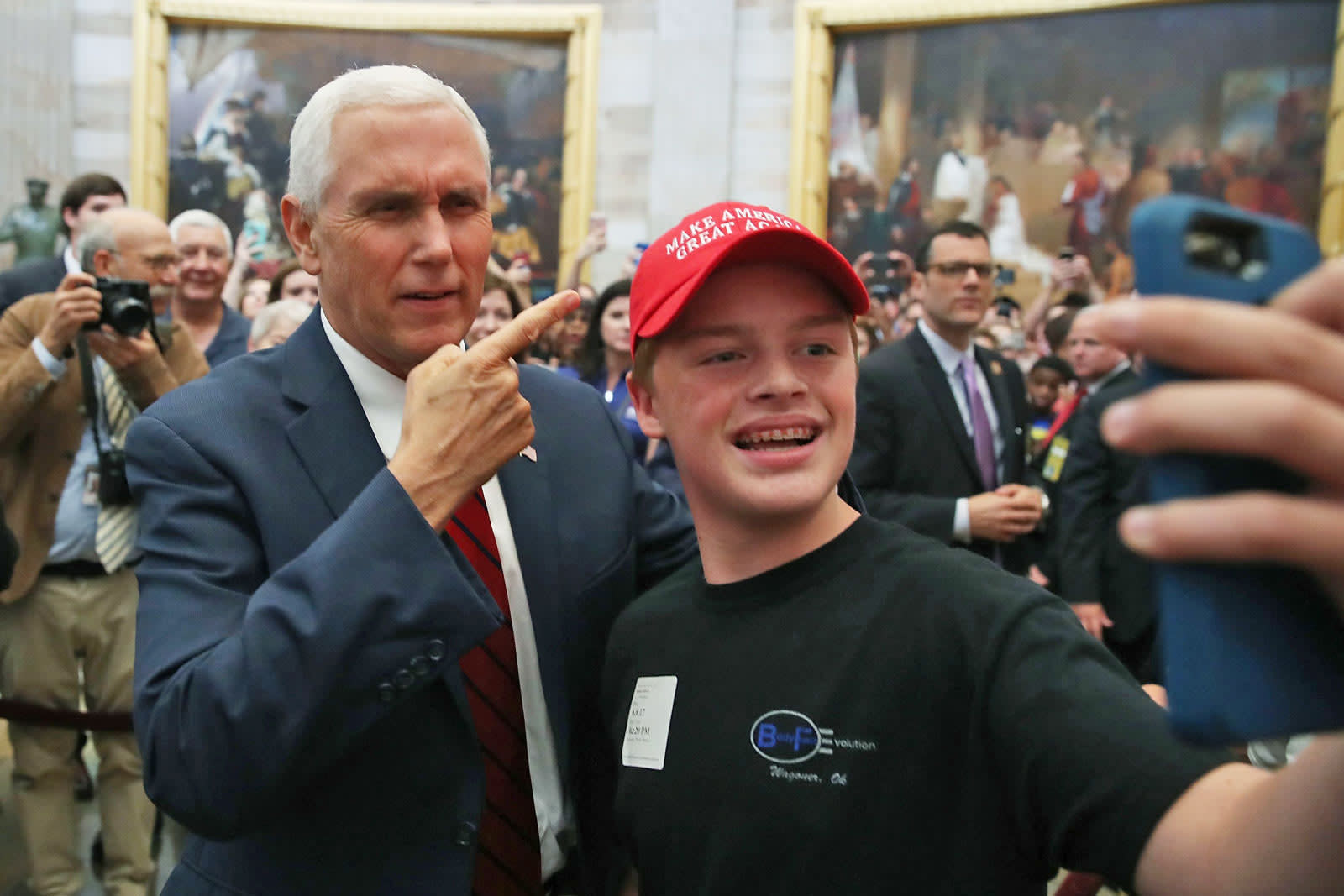 You might open Instagram to see what your friends are doing, look at a cute puppy or like pretty pictures of other people's food -- but there's something much darker under the surface. While other platforms are working to eradicate hate speech and stop the spread of conspiracy theories, hate-fueled and misguided information is flourishing on Instagram. As The Atlantic writes, Instagram is "the internet's new home for hate."

Like its social media peers, Instagram has the algorithms and huge user base to share information with millions. But the platform stands out because so many of its subscribers are so young -- and as you might guess, many are naive enough to believe conspiracy memes. That's especially alarming, as more teens are using Instagram as a news source.

While Facebook and YouTube have made high-profile attempts to remove footage from the Christchurch shooting, it can still be found on Instagram -- right next to conspiracies claiming the shooting was staged. Search pretty much any conspiracy theory, and you'll find Instagram posts, memes and accounts backing it, many of which are specifically targeted at Gen-Z.

Thank G-D! I have a 19 yr old and we keep seeing more GenZ'ers being awake and following #QAnon movement‼️

It's easy to see how someone might get sucked in. As The Atlantic's Taylor Lorenz explained, when she followed @the_typical_liberal, she was inundated with follow requests from accounts linked to QAnon -- a conspiracy that a "deep state" is plotting to take down Donald Trump. The app also prompted her to follow other notorious far-right personalities, including Milo Yiannopoulos, Laura Loomer, Alex Jones and Candace Owens.

Next up: Instagram. It has everything: the algorithmic feed, the scale, the exposure and lots of people who went there to escape what was happening in Facebook's news feed. https://t.co/Cu2ab8nL6a

An Instagram spokesperson told The Atlantic that Instagram, along with its parent company, Facebook, continues to study organized hate speech and to remove it when it's found. Earlier this month, Facebook announced a plan to combat misinformation around vaccines. And YouTube says it will stop recommending conspiracy videos -- it's been blamed for the rise in Flat Earthers. But we've yet to see any kind of announcement like that from Instagram. It's possible that Facebook's policies apply to Instagram, as well, but that's not entirely clear.

If you have an account, you can find conspiracies about everything from the Ethiopian Airlines crash being a hoax to Ruth Bader Ginsburg being dead, former White House Chief of Staff John Podesta being partially responsible for the New Zealand shooting and Islamic terror camps in the US. Of course, there's anti-vaccination rhetoric and jokes about killing women, Jews, Muslims and liberals. So, while your Instagram feed might be fairly happy-go-lucky, the platform as a whole has all the right ingredients to be the internet's next dumpster fire.

My cousin is 14 and this is his Instagram. At 14 he not even taken a government class. He has learned very little about American history. He has learned all his facts from his far right father. He is also a male and has no say on a woman's choice. pic.twitter.com/Es6uf1y1bL

In this article: conspiracy theories, Facebook, fake news, gen-z, hate speech, instagram, internet, news, social media, tomorrow
All products recommended by Engadget are selected by our editorial team, independent of our parent company. Some of our stories include affiliate links. If you buy something through one of these links, we may earn an affiliate commission.
Share
Tweet
Share