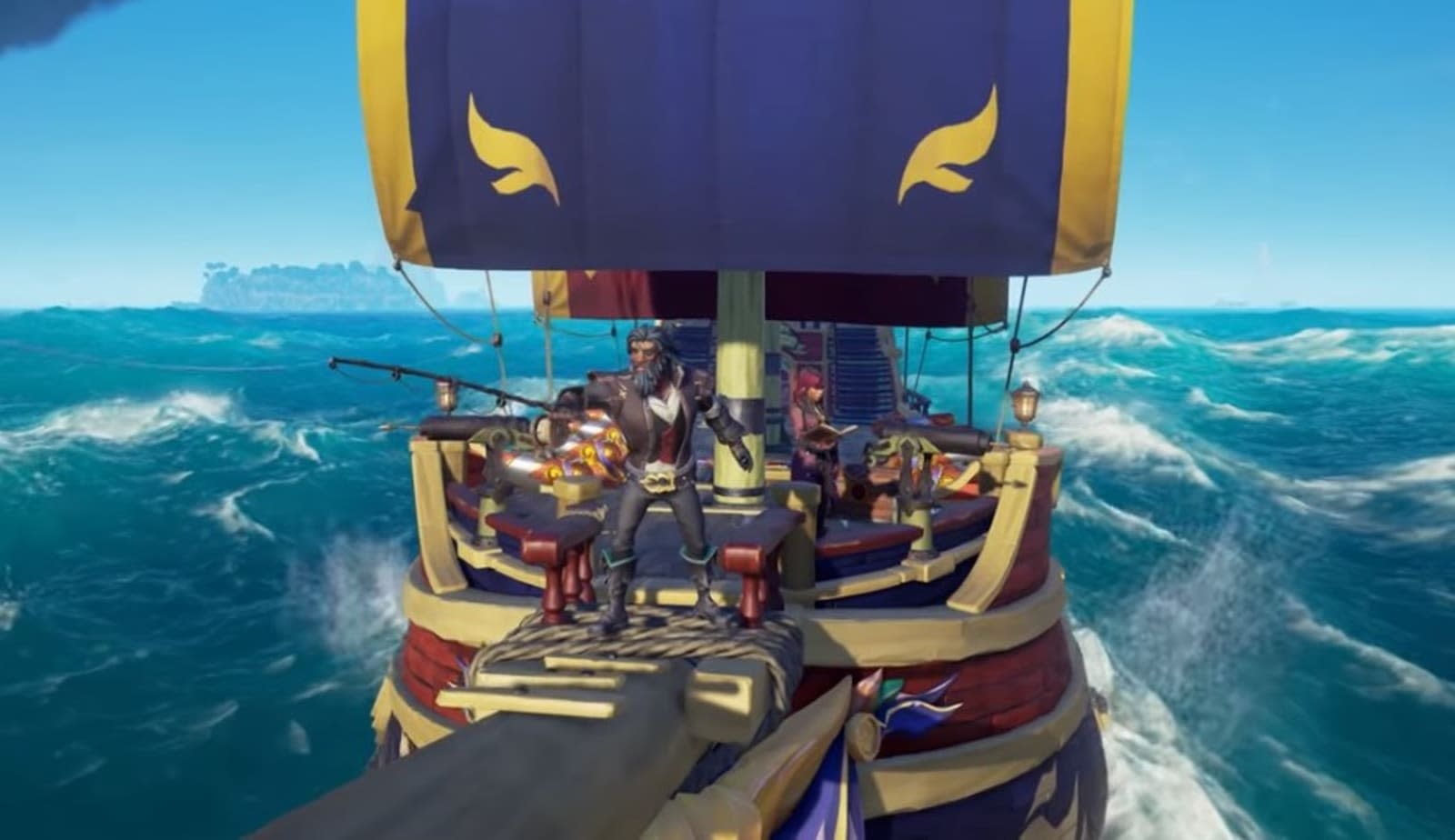 It's been one year since Sea of Thieves set sail, and to celebrate, developer Rare is releasing an anniversary update that brings new story adventures, a new trading company, a new competitive mode, various world improvements and fishing, because every pirate needs some quiet downtime amid the plundering.

The update's competitive mode -- called The Arena -- drops players right in on the action in a purely competitive setting, without the need for any cooperative grinding. Then there's a new feature called "Tall Tales" -- collections of story-rich quests that lead to undiscovered areas and bonus gameplay features. The first collection is called "Shores of Gold", and includes the afore-mentioned fishing ability -- you'll be able to cook your catch, too.

Other fresh features include a new trading company called The Hunter's Call, the addition of a harpoon and on-land traps, and expanded ship damage which could lead to a broken wheel, mast and capstan -- all designed to make your life as a pirate even more treacherous. The update arrives April 30.

In this article: anniversary, av, competitive mode, fishing, gaming, personal computing, personalcomputing, quests, Rare, Sea of Thieves, update
All products recommended by Engadget are selected by our editorial team, independent of our parent company. Some of our stories include affiliate links. If you buy something through one of these links, we may earn an affiliate commission.