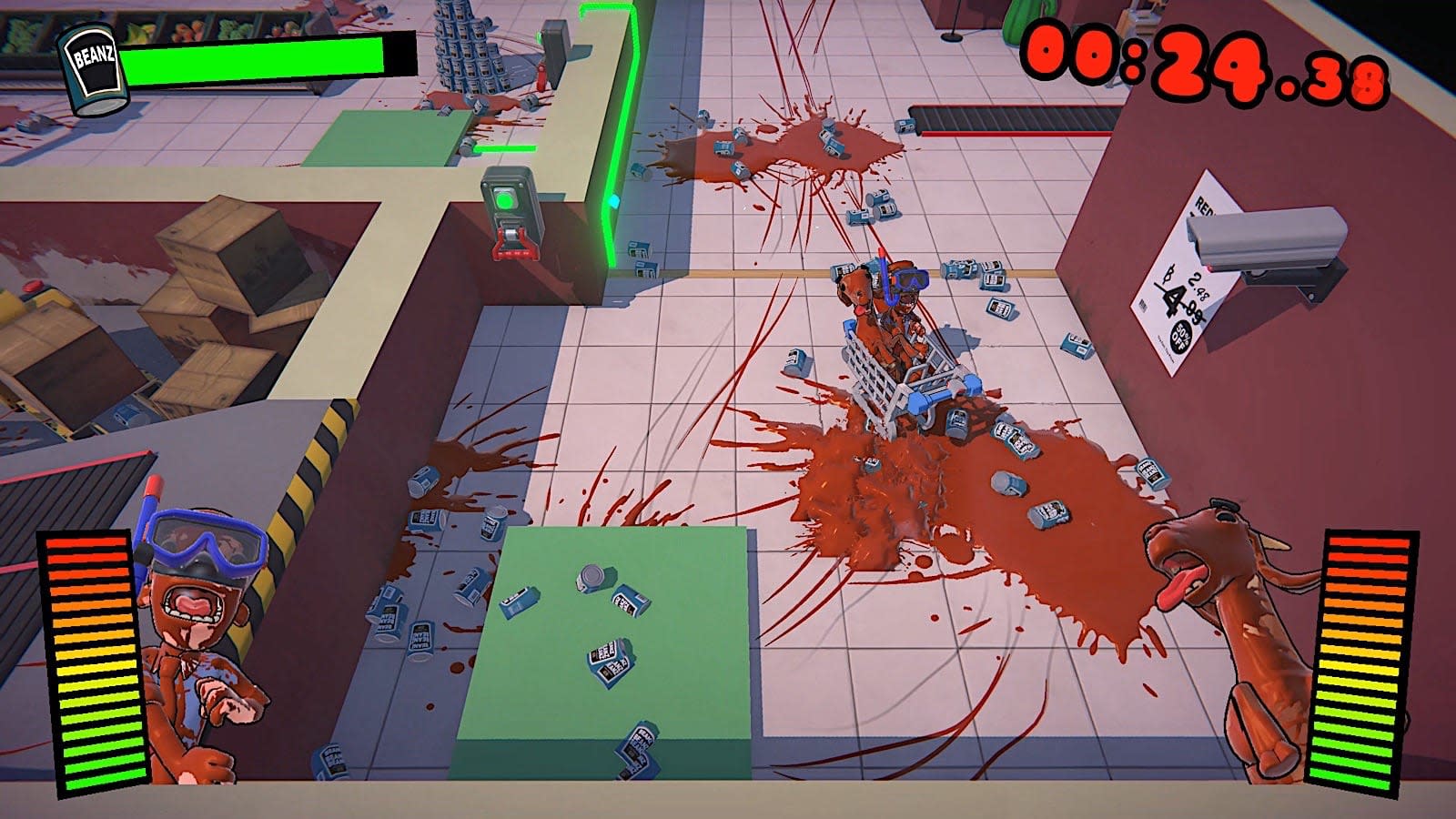 Getting through the grocery store with your sanity intact can be tough -- what with the legions of shelf stockers, geriatric Rascal riders and bawling basket babies blocking you at seemingly every aisle. But that's a walk in the park compared to the challenges you'll face in Supermarket Shriek by UK-based studio, BillyGoat Entertainment.

The premise of the game is simple. You're a man, stuck in a shopping cart, with a goat. Firmly wedged into the lorry, your only means of mobility is your shrieks of terror propelling you through maze-like markets riddled with boobie traps. With 30 levels available at launch later this summer, that adds up to a lot of hollering.

The controls are delightfully straightforward. In single-player mode, you can control the man and the goat independently using the left and right triggers -- having one yell turns you left, having the other yell turns you right, have them scream simultaneously to move forward. There is no reverse.

But, like most games, Supermarket Shriek even better with a friend. Plug a microphone into each of your XBox or Playstation controllers and have each person start yelling. The louder you are, the harder you turn and the faster you go. The effect is similar to the classic NES game, Marble Madness, but each person has control of just half the avatar's movement. It's a challenge, and be sure to keep plenty of lozenges on hand.

It becomes even more challenging when you begin to encounter the various obstacles littered around each level. From giant guillotine blades to water hazards, flame pits, and springboards, there are more than enough ways for you to fail at every turn. However if you can complete the level quickly enough, you'll earn 3 Stars (like Angry Birds) and unlock the ghost racer of whoever is currently sitting atop to global leaderboards, allowing you to rerace levels against the best screamers on the planet.

Supermarket Shriek is slated for release on the Xbox, Playstation and Switch later this summer. It's expected to retail for around $10-15.

In this article: av, gaming, gdc2019, hands-on, mobile, nintendo, Playstation4, supermarketshriek, switch, XboxOne
All products recommended by Engadget are selected by our editorial team, independent of our parent company. Some of our stories include affiliate links. If you buy something through one of these links, we may earn an affiliate commission.