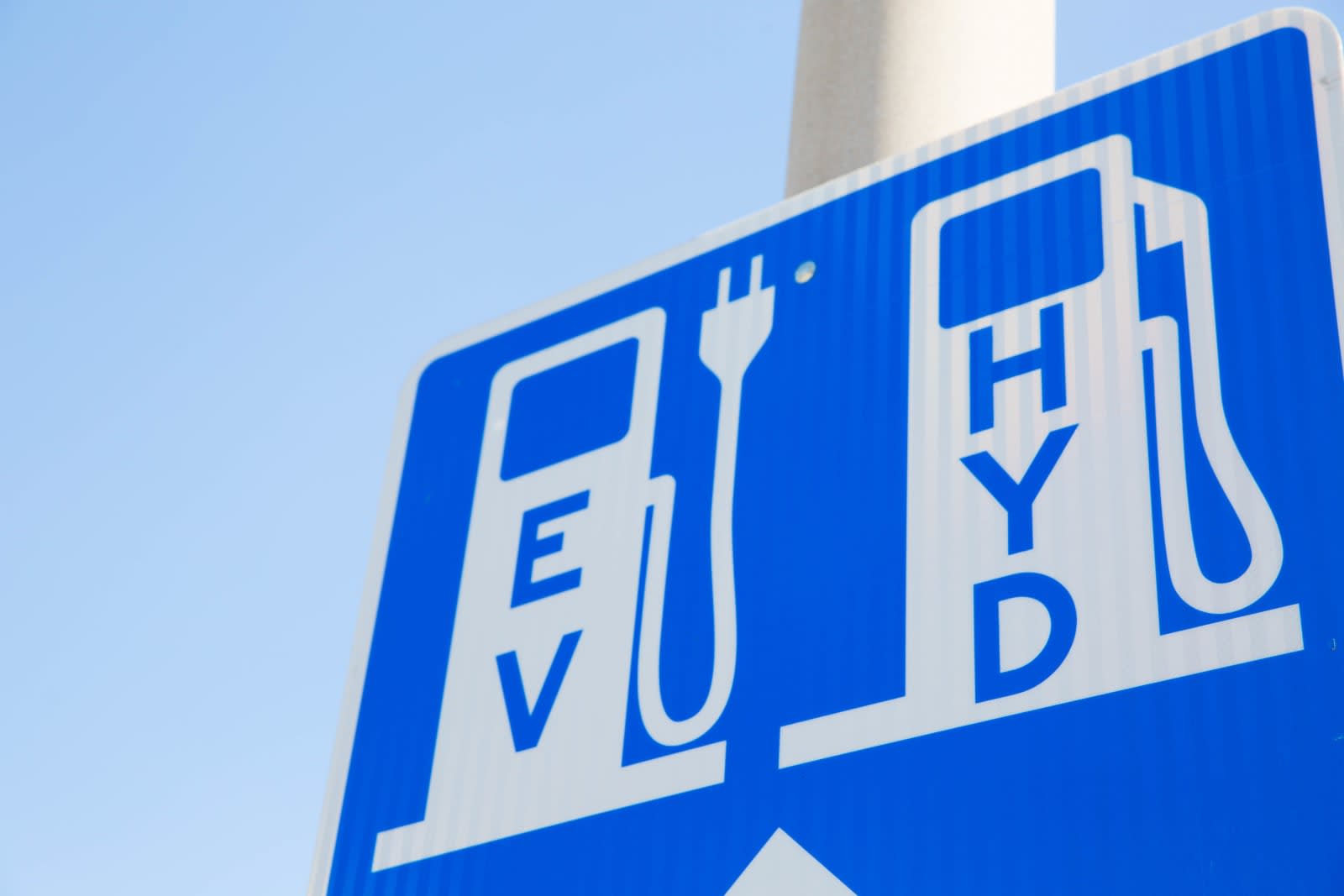 While EVs have come a long way -- even Ford is making electric trucks -- they're still a far cry from perfect. One of the biggest complaints is that the batteries need to be plugged in and recharged, and even when they're charged, they have a limited range. Fuel cell electric vehicles offer an alternative. Their "battery" -- actually a hydrogen/oxygen fuel cell -- can be replenished with hydrogen gas. The biggest problem to-date has been that producing hydrogen isn't an environmentally friendly process. We would also need the infrastructure to refuel with hydrogen. But, new technology from UMass Lowell could remove those barriers.

Researchers there have created a way to produce hydrogen on demand using water, carbon dioxide and cobalt. Theoretically, that would go directly into a fuel cell, where it would mix with oxygen to generate electricity and water. The electricity would then power the EV's motor, rechargeable battery and headlights.

According to UMass Lowell, the hydrogen produced is 95 percent pure, and vehicles would not need to be refueled at a filling station. Instead, owners would replace canisters of the cobalt metal which would fuel the hydrogen generator. Because the technology can produce hydrogen at low temperatures and pressures and because excess isn't stored in the vehicle, it minimizes the risk of fire or explosion. While this isn't a practical application yet, it could help make FCEVs a viable option.

UPDATE, 3/22/2019, 2:30PM ET: This story has been updated to reflect that vehicles would not be refueled at a fueling station. You can read a statement from UMass Lowell's Chemistry Department Chairman Professor David Ryan below:

The system that we have devised would not require the vehicle to be refueled at a hydrogen filling station. Our technology would use canisters of the cobalt metal as the fuel to operate the hydrogen generator. The canisters would be swapped out when expended. It's really too early to tell, but the goal is typically to be able to travel up to 350 to 400 miles for most vehicles before "refueling."

In this article: electric vehicle, EV, fcev, fuel cell, fuel cell electric vehicles, green, hydrogen, tomorrow, transportation, umass, umass lowell
All products recommended by Engadget are selected by our editorial team, independent of our parent company. Some of our stories include affiliate links. If you buy something through one of these links, we may earn an affiliate commission.