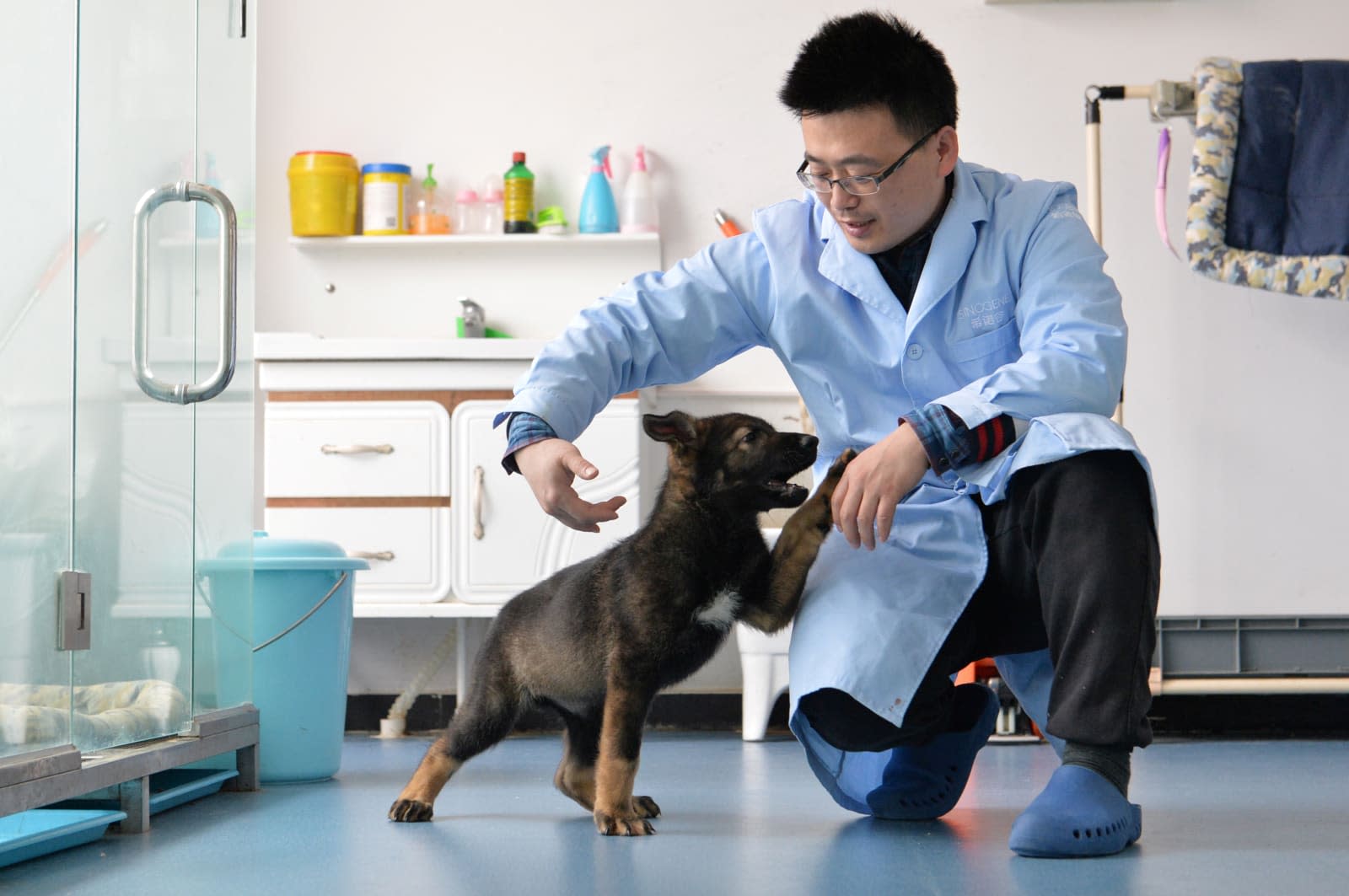 It can be costly and time-consuming to train police dogs when each candidate might have different skills and personalities. China's solution? Make copies of the best-performing dogs. The state-backed China Daily reports that the city of Kunming, the Yunnan Agricultural University and Beijing Sinogene Biotechnology are about to train Kunxun, a two-month-old Kunming wolfdog cloned from a "great" canine detective. The aim, as you might guess, is to save time and money -- they'll know that Kunxun is more likely to learn quickly and perform well.

The pup was reportedly cloned by plucking somatic cells (used relatively often in cloning) from the skin of the adult dog, creating a cloned embryo and implanting that into a beagle for birth.

Researcher Wan Jiusheng said that Kunxun was promising -- there's "good aptitude" for sniffing and other skills needed in a police dog. He might enter service as soon as 10 months after training. This is an experiment for now, Wan added, but the ultimate plan is to "mass produce" cloned police dogs sometime within the next 10 years. There would even be a cell bank to help quickly breed a collection of dogs.

The move could raise further ethical questions about cloning animals, including issues specific to police forces. Not everyone is likely to relish the thought of a unit full of virtually identical dogs, and there are associated risks. If there are any genetic weaknesses, a large portion of the force could be vulnerable to diseases or other hard-to-predict issues. As it stands, you're unlikely to see other police forces (at least, outside of China) rush to embrace this concept even if it works as hoped.

In this article: beijing sinogene biotechnology, china, clone, cloning, dog, gear, genetics, kunming, law enforcement, medicine, police, police dog, tomorrow, yunnan agricultural university
All products recommended by Engadget are selected by our editorial team, independent of our parent company. Some of our stories include affiliate links. If you buy something through one of these links, we may earn an affiliate commission.