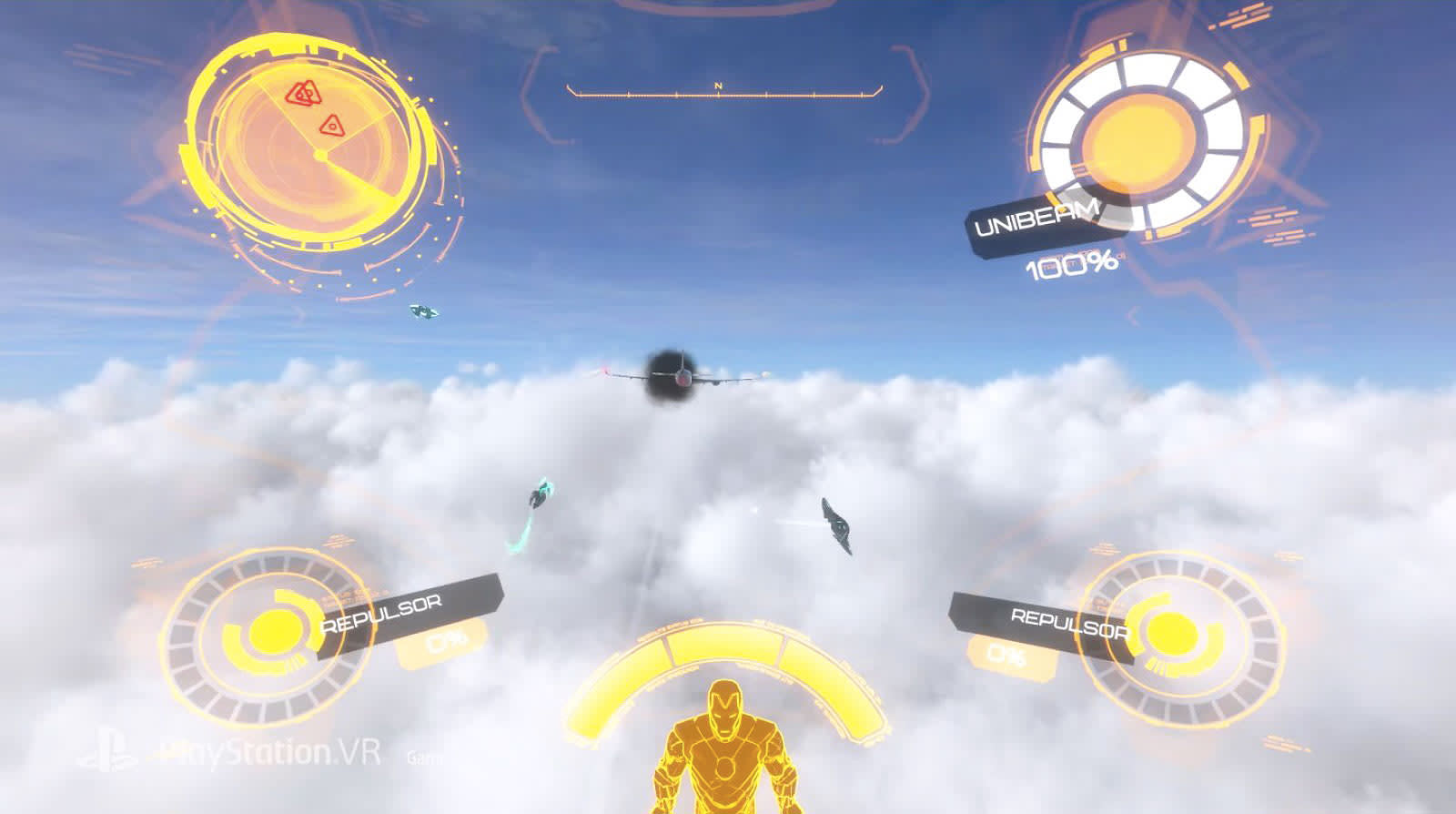 During the State of Play event on Monday, PSVR players got their first look at the upcoming Iron Man game from Camouflaj, which is slated for release later this year.

You play, unsurprisingly, as Tony Stark the billionaire genius superhero, jetting around the world, fighting villains alongside other classic Marvel heroes. "We've set our sights on not only giving the player thrilling moment-to-moment action," Camouflaj director, Ryan Peyton, wrote in a Playstation Blog post, "but also a deeply personal, and appropriately funny, narrative that puts players in Tony Stark's armored shoes."

Details about gameplay, availability and price are still tightly under wraps but we're sure to hear more about it in coming months. Unfortunately, that probably won't happen at E3 this year as Sony has already announced that it will be foregoing the tradeshow for the first time since 1995.

In this article: av, camouflaj, gaming, iron man, psvr, sony, tony stark, vr
All products recommended by Engadget are selected by our editorial team, independent of our parent company. Some of our stories include affiliate links. If you buy something through one of these links, we may earn an affiliate commission.