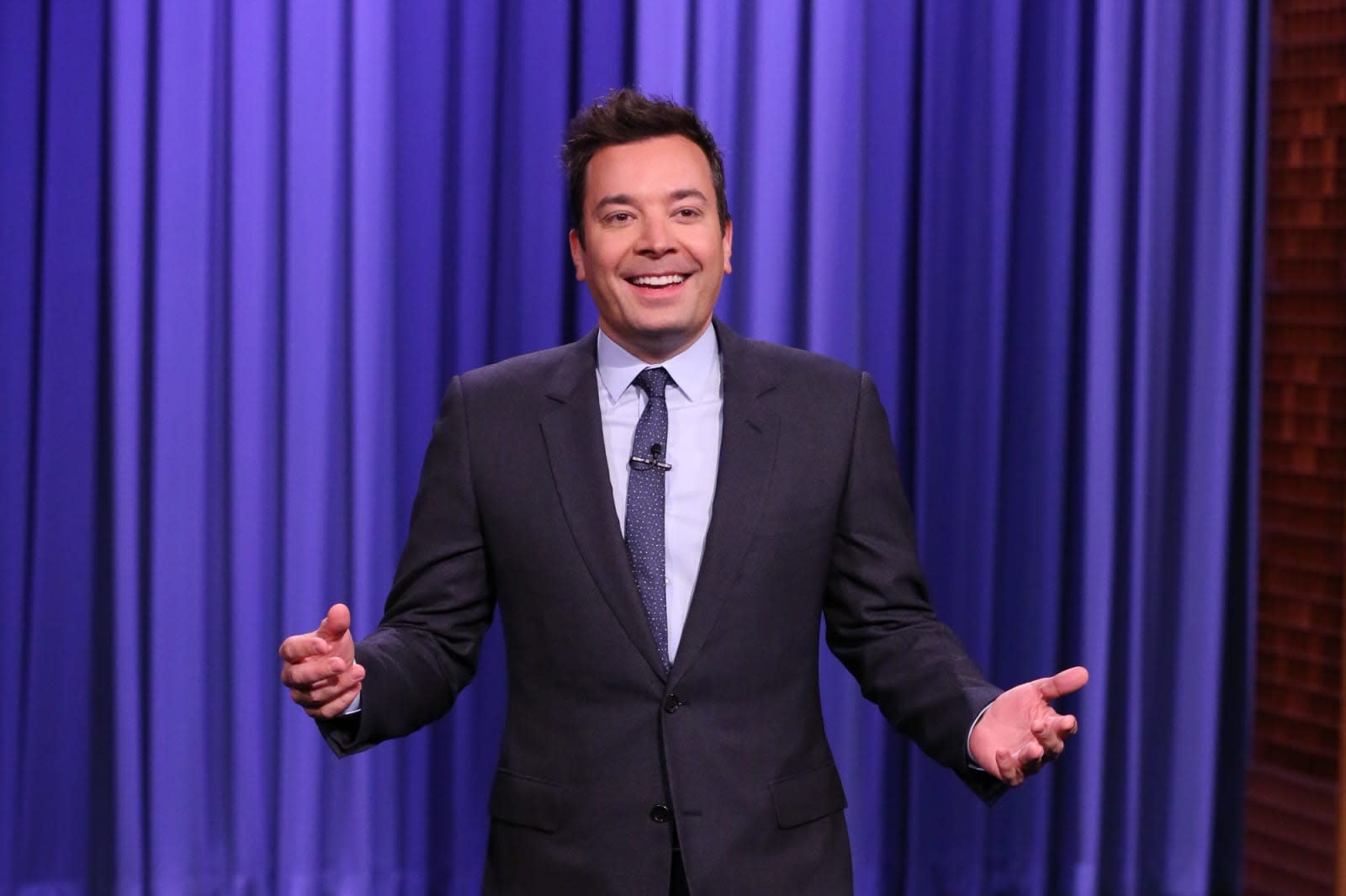 Samsung is no stranger to using TV events as sales pitches for its smartphones, but now it's taking over an entire TV show. Variety has learned that the March 25th episode of NBC's Tonight Show will replace the usual studio program with a tour of Jimmy Fallon's favorite New York City locales (complete with The Roots and guests) shot entirely with a Galaxy S10+ phone. In essence, it's one long ad for the smartphone's cameras. Samsung's Patricio Paucar isn't shy about the reasoning, either -- it's an attempt to "break through the noise" and get people to pay attention when they might tune out the usual commercials.

This isn't the first time a tech giant has taken over at least some portion of a nighttime talk show, and it also isn't the Tonight Show's first stab at sponsored segments. It's really just the logical extension of streaming's effect on TV advertising. When the audience can avoid most (if not all) commercial breaks, having a product dictate the very nature of the show may be the most effective way of reaching potential customers' eyeballs.

You'll also want to brace yourself for more not-so-subtle S10 ads. Samsung's deal will also put its smartphone into episodes of Today, Bravo's Watch What Happens Live with Andy Cohen, Telemundo's La Voz and E!'s Snapchat Discover Show The Rundown. Paucar hinted at a possible deal with ABC, too. It may be nigh-on impossible to escape Samsung's latest flagship if you're a regular TV viewer, at least in the short term.

In this article: ads, advertising, entertainment, galaxy s10, Galaxy S10+, gear, jimmy fallon, mobile, nbc, samsung, smartphone, talk show, talk shows, television, tonight show, tv, video
All products recommended by Engadget are selected by our editorial team, independent of our parent company. Some of our stories include affiliate links. If you buy something through one of these links, we may earn an affiliate commission.