But you'll need your own USB video capture card.

One surprise announcement coming out of today's Vive Ecosystem Conference in Shenzhen is HTC's Streamlink, an in-house VR app that lets your PC-powered or standalone Vive headset -- like the new Vive Focus Plus -- receive HDMI signal from any USB video capture card -- some of which can be bought for as low as $65 per piece in China, according to an HTC rep. There are many potential use cases here, of course, but HTC is specifically pitching this as a new way of playing games on your consoles -- namely PlayStation 4, Nintendo Switch and Xbox One S -- as well as watching videos from your set-top box.

Just to be clear, HTC isn't here to replace your PS VR nor Labo VR Kit. Instead, it's all about playing your usual console games on a much larger virtual screen -- and ideally on the sharp 2,880 x 1,600 AMOLED display on the Vive Pro and Vive Focus series. I was able to briefly try this feature with a Vive Focus connected to an Xbox One S, and the viewing experience was no different than the usual virtual theater apps on my own Focus -- I could even resize the virtual screen if needed. 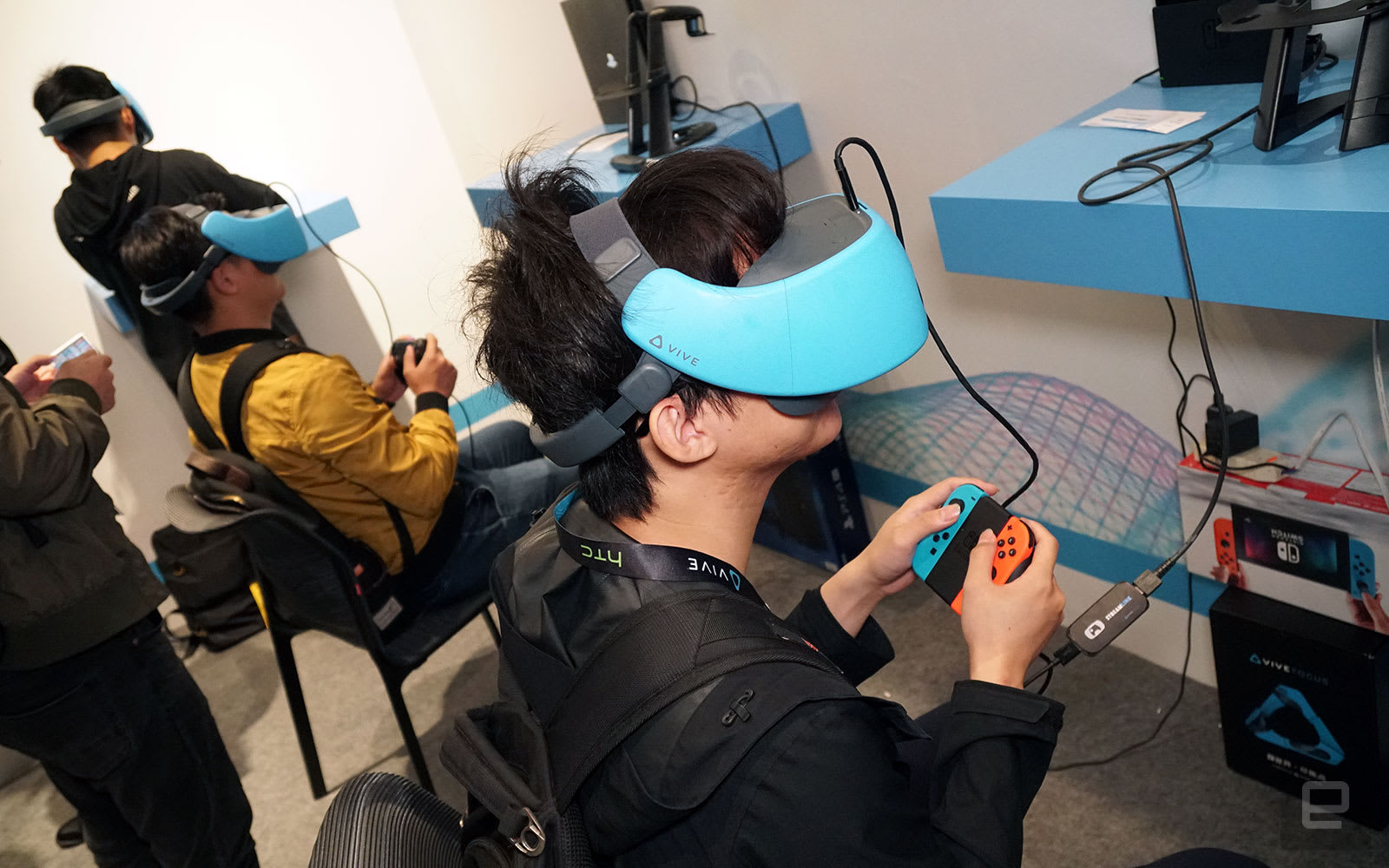 However, there seemed to be a slight delay between my controller input and the picture, and unless HTC can fix this (which is probably unlikely given the nature of capture cards), it's probably best to avoid the more demanding titles in this mode. Another issue I noticed was the USB-C cable dangling from the top of the headset, so be sure to warn others about it in case they trip over. It's also worth noting that HTC doesn't offer its own capture card to go with your headset, so you may hit some bumps when trying it with different devices.

Streamlink is part of HTC's new initiative to push multi-mode capability across its VR devices, making them more practical and versatile. Other features on the list include the new 360 camera streaming mode supported by the Insta360 Evo, along with the earlier phone streaming mode, PC big screen mode and PC VR streaming mode. Existing Vive users can already download the Streamlink app from Viveport today.