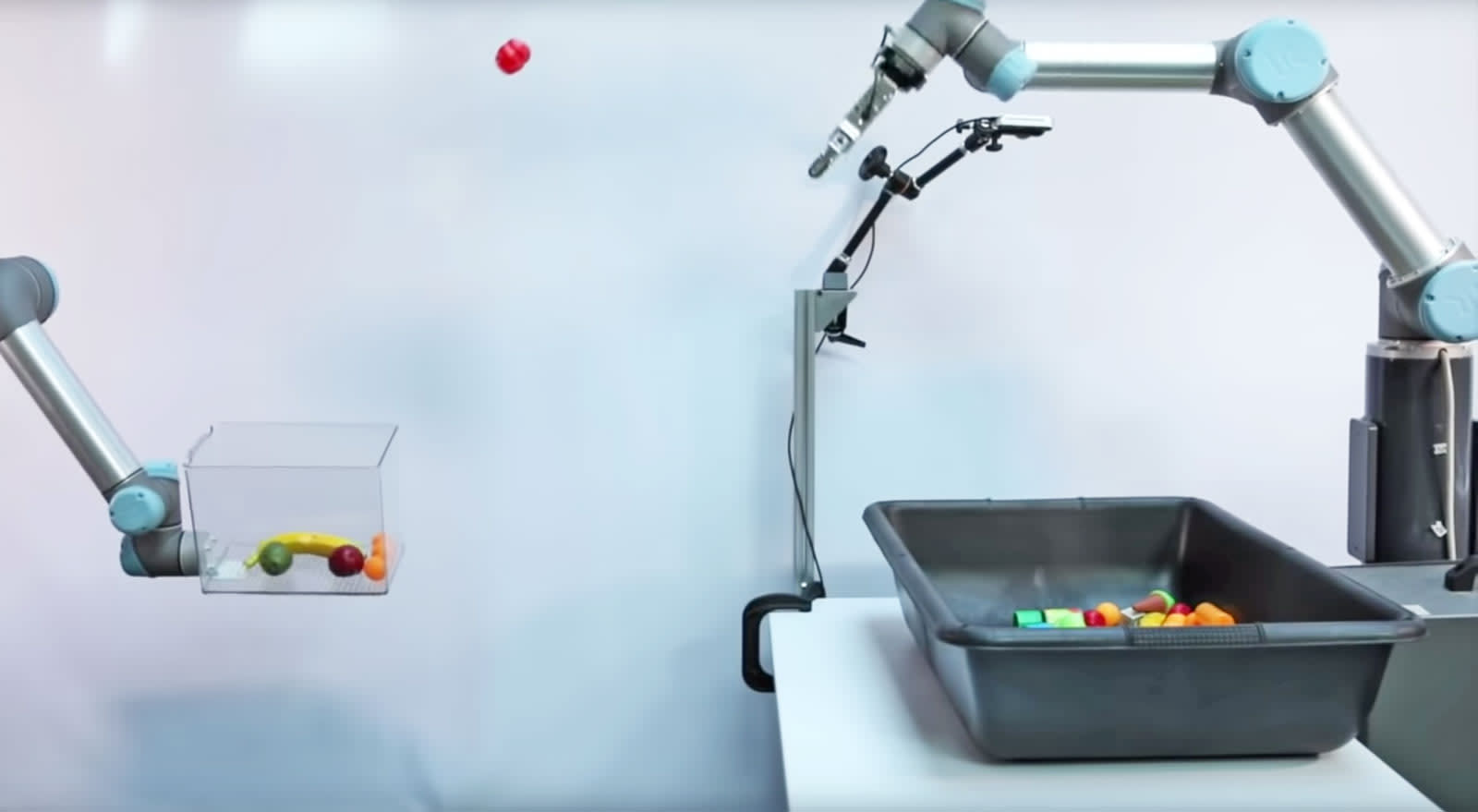 Google didn't completely scrap its robotic dreams after it sold off Boston Dynamics and shuttered the other robotic start-ups it acquired over the past decade. Now, the tech giant has given us a glimpse of how the program has changed in a blog post and a New York Times report. With the Boston Dynamics team at its disposal, Google's robotics program focused on machines designed to move and look like us -- humanoid robots like BD's Atlas. The new lab called "Robotics at Google," however, focuses more on software: more precisely, in using machine learning to develop robots useful in the real world.

Google has teamed up with researchers from Princeton, Columbia and MIT to create TossingBot, which can learn how to pick up and toss various objects into the right containers on its own. During its first rodeo, the mechanical arm didn't know what to do with the pile of objects it was presented with. After 14 hours of trial and error and analyzing them with its overhead cameras, it was finally able to toss the right item into the right container 85 percent of the time.

As the tech giant explains, programming a robot to properly grasp and toss specific objects -- a screwdriver, for instance, could land in different ways, based on where you hold it -- is incredibly difficult. By using machine learning, the robot will teach itself from experience instead, as well as adapt to new scenarios and learn on the fly. That's the kind of machine that would be useful in warehouses and distribution centers, such as Amazon's or UPS'.

In addition to TossingBot, Robotics at Google is working on an R2-D2-like rolling robot that uses machine learning to navigate new spaces. Researchers are also training a set of mechanical hands with fingers to manipulate objects by pushing, pulling and spinning them.

In this article: boston dynamics, gear, google, robots, tossingbot
All products recommended by Engadget are selected by our editorial team, independent of our parent company. Some of our stories include affiliate links. If you buy something through one of these links, we may earn an affiliate commission.