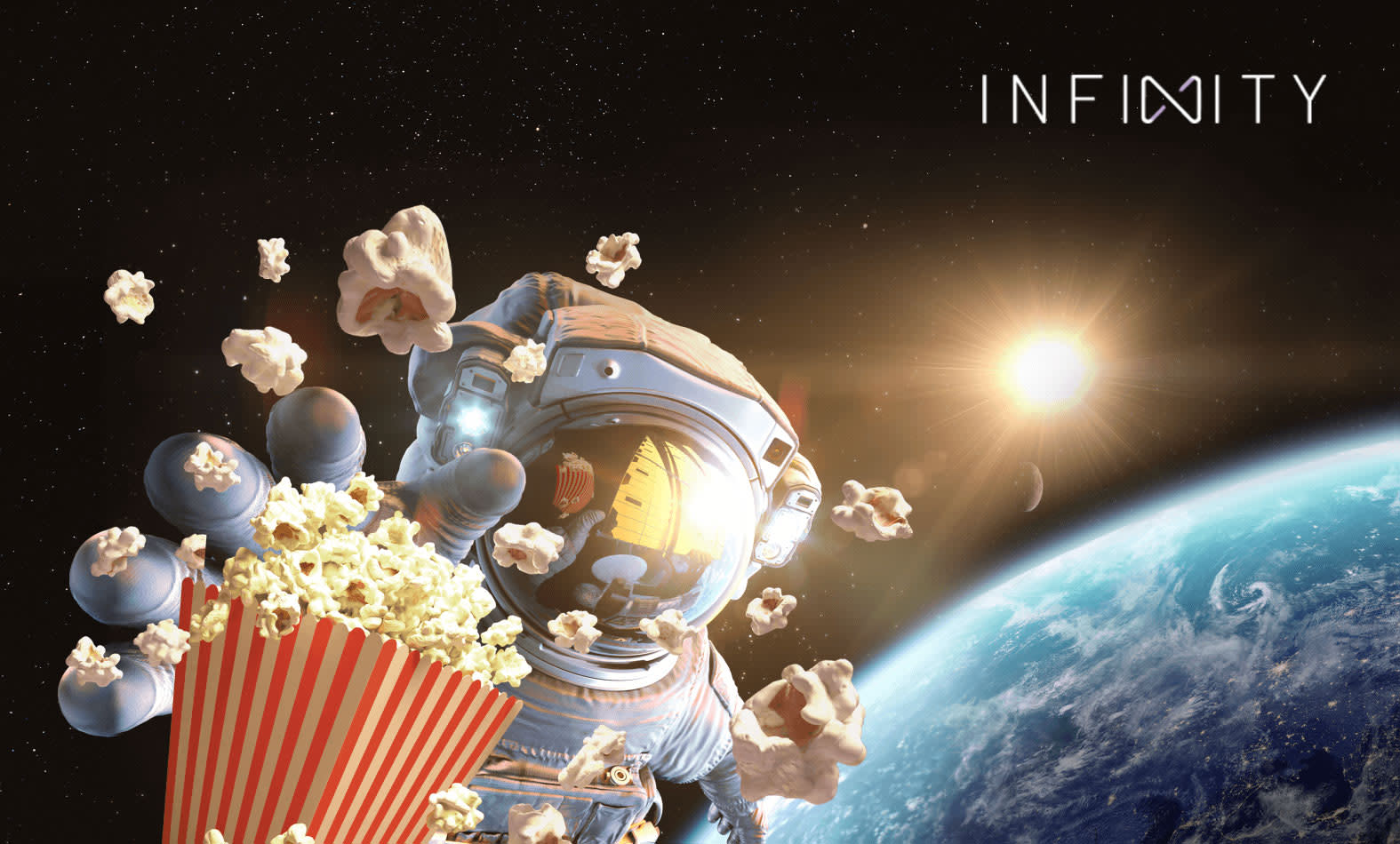 Infinity, a new movie ticket subscription service with options for singles, couples, and families, is expected to launch this fall. Similar to Sinemia and MoviePass, Infinity can be used at any participating movie theatre rather than a specific chain. Viewers can add on access to IMAX and 3D for an added monthly fee. Numerous perks include discounts on food and beverages, rollover movie credits, and easy ticket redemption on the Infinity mobile app or website.

If Infinity's premise sounds as formulaic as a summer blockbuster, that's because it is. Paying a monthly fee for an unlimited or capped number of movie tickets isn't exactly a novel concept in 2019. Frequent moviegoers can choose between MoviePass, Sinemia, AMC Stubs A-List and Cinemark Movie Club. But business isn't exactly booming among Infinity's competitors, and it's unclear how the new service plans to define itself.

MoviePass encountered numerous bumps on the road after launching its too-good-to-be-true $10 per month deal in 2017. Showtimes were quickly scooped up, and customers complained about not having access to popular movies at all. Following several changes to their price model that didn't work, MoviePass reverted to its $9.95 a month plan earlier this month. Sinemia was down for three days this past week, shutting its members out of Us and Captain Marvel. Last year Sinemia faced a lawsuit over processing fees that forced the service to switch to a physical membership card.

Infinity hasn't yet announced which partner movie theatres have signed up for the service. The service is expected to be formally revealed at CinemaCon in April. But the official launch isn't for another several months; Infinity anticipates rolling out to U.S. moviegoers on Labor Day. Given how volatile the theatre subscription market is, it's entirely possible that Infinity will run into problems of its own either prior to or after its release.

In this article: entertainment, infinity, movie tickets, moviepass, services, sinemia
All products recommended by Engadget are selected by our editorial team, independent of our parent company. Some of our stories include affiliate links. If you buy something through one of these links, we may earn an affiliate commission.