Here in my car, I feel safest of all.

Tesla's Bioweapon Defense Mode might have nothing on what Jaguar Land Rover does to fight pathogens. The British automaker is exploring the use of ultraviolet light to kill bacteria, viruses and allergens in the cabin. The air conditioning system inside future vehicles would blast the unwanted organisms with medical-grade UV-C light, breaking down the intruder's DNA and rendering it harmless.

While the approach wouldn't guarantee good health, it could minimize the chances of catching easily spread illnesses like the cold or flu. Jaguar Land Rover even claims that it could reduce the spread of antibiotic-resistant superbugs.

Unfortunately, there's a catch: the company hasn't said how close it is to completing an air con system with UV-C built-in, let alone shipping it inside a production car. You may not want to count on buying an I-Pace or Evoque that sterilizes the air. With that said, it may be more a question of "when" than "if." It's that much easier to sell a car if you can reduce the chances that a sick passenger will infect everyone else. 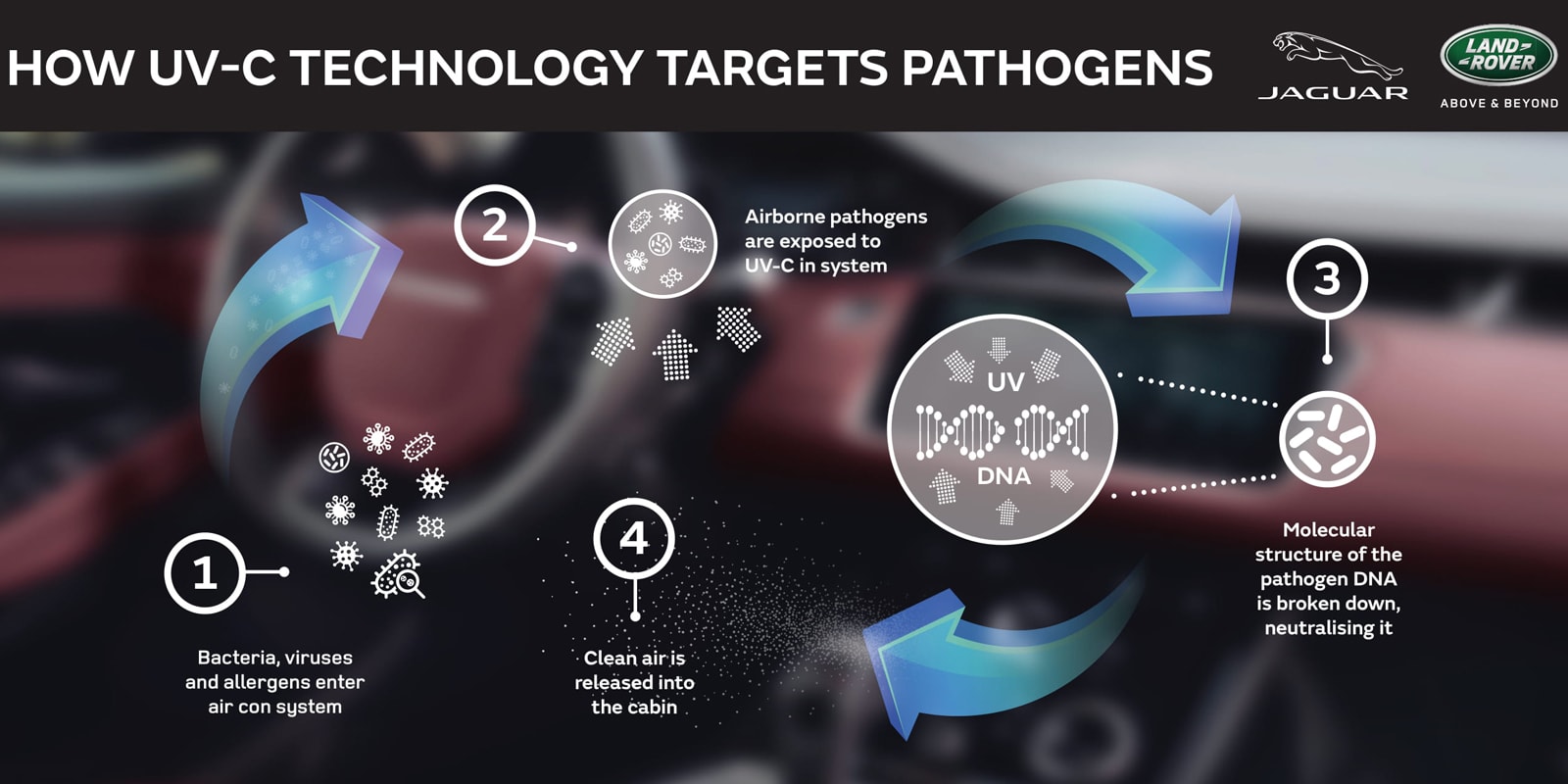