Fight for your world and your heritage in 'Falcon Age'

Falconry is among humanity's oldest hunting techniques with evidence of the practice dating as far back as 2,000 BCE. It's listed as part of UNESCO's Intangible Cultural Heritage of Humanity. In Falcon Age for the PS4, you too can experience the majesty of falconry -- or at least a digital facsimile.

Falcon Age is a single-player, first person adventure set on a resource-depleted planet currently under occupation by a robot invasion force. You play as Ara, a young falconer who escapes jail after being wrongfully imprisoned and sets off to restore her freedom, her culture, and her planet.

The game's visuals are gorgeous. The demo that I played on Tuesday was awash in warm tones with vibrant blue and red highlights; the scenery decidedly Southwestern but simultaneously alien. The characters are all crisply rendered without being too cartoony. And aside from times of actual combat, the soundtrack and effects were surprisingly sedate. The entire game had a real mellow Firewatch sort of feel that I really dug. The story itself is fairly short, clocking in at about 6 hours if you run straight through, though there are sandbox-like areas where you can explore, gather materials, hunt game, and such in between missions. 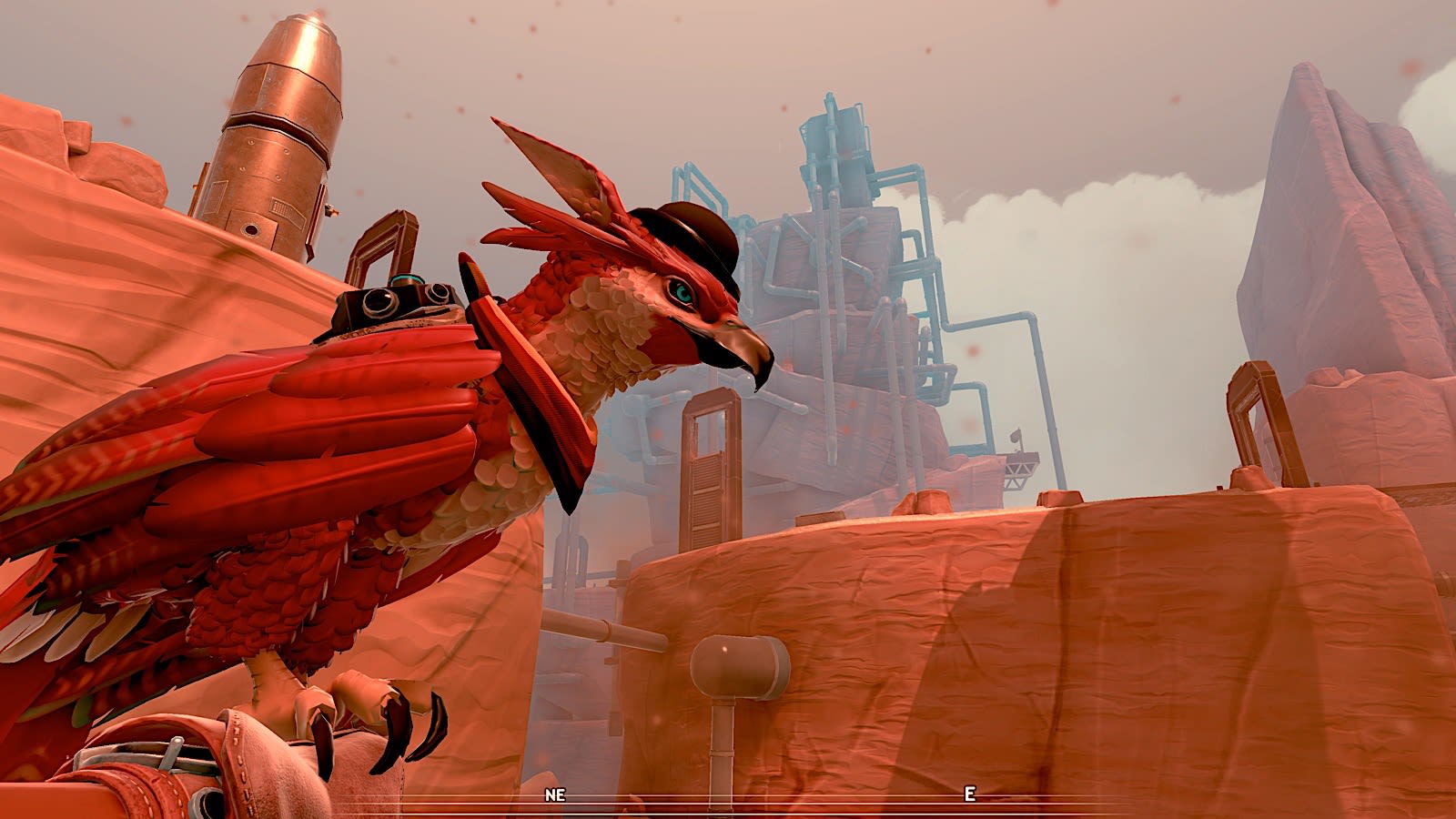 The gameplay mechanics themselves are straightforward. The falcon you befriended while in the slammer serves as your travelling companion and falconry partner, perpetually resting on your left arm when not in flight. You're also armed with an electronic prod that serves as both short range bludgeon and midrange whip, allowing you to snatch far-away items. There's a crafting mechanic as well, enabling you to cook new foods for your falcon (which serve as temporary status buffs) and construct upgrade equipment for it, like stealth hoods, mine-detecting radar backpacks or steel talon guards. And hats. There are so many hats, bandanas and toys that you can make, find and barter for. They don't all provide stat bonuses, but they're absolutely adorable on your feathered friend.

Your bond with your bird is perhaps the biggest draw of this game. Falcon Age seems is designed to incite your protective instincts and get you to really care about your hunting partner. During one combat mission, I beat an opponent into spare parts, not because doing so advanced the storyline in any meaningful way, but because the bastard had shot three darts into my falcon, gravely injuring it. But it's not just a matter of fighting alongside one another or hunting for rare quarry. It's equally enjoyable to just hang out and observe how your bird acts. If anything, it's more lifelike than an Aibo. 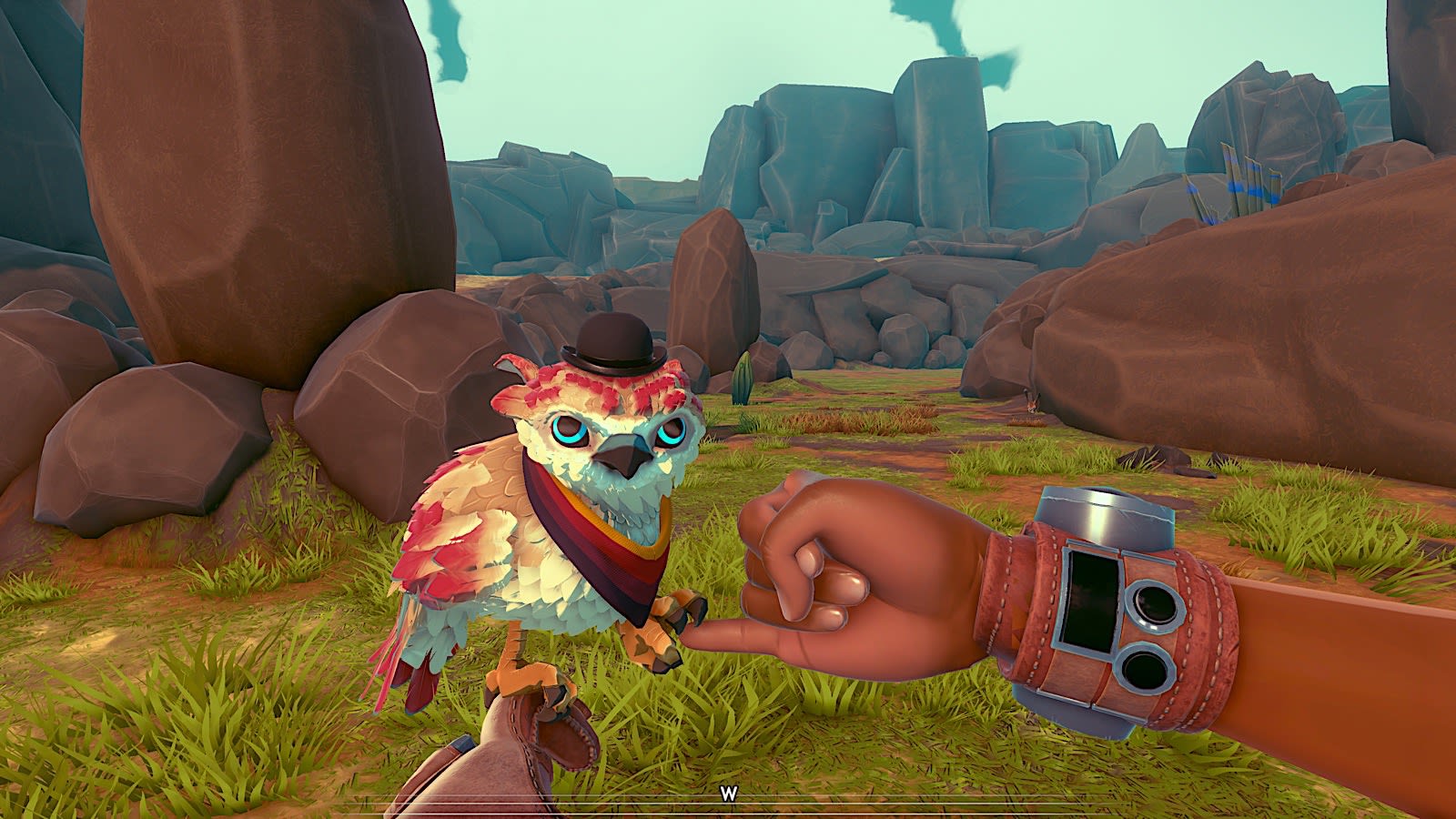 Falcon Age arrives for PS4 with optional PSVR support on April 9th. It will retail for $20.