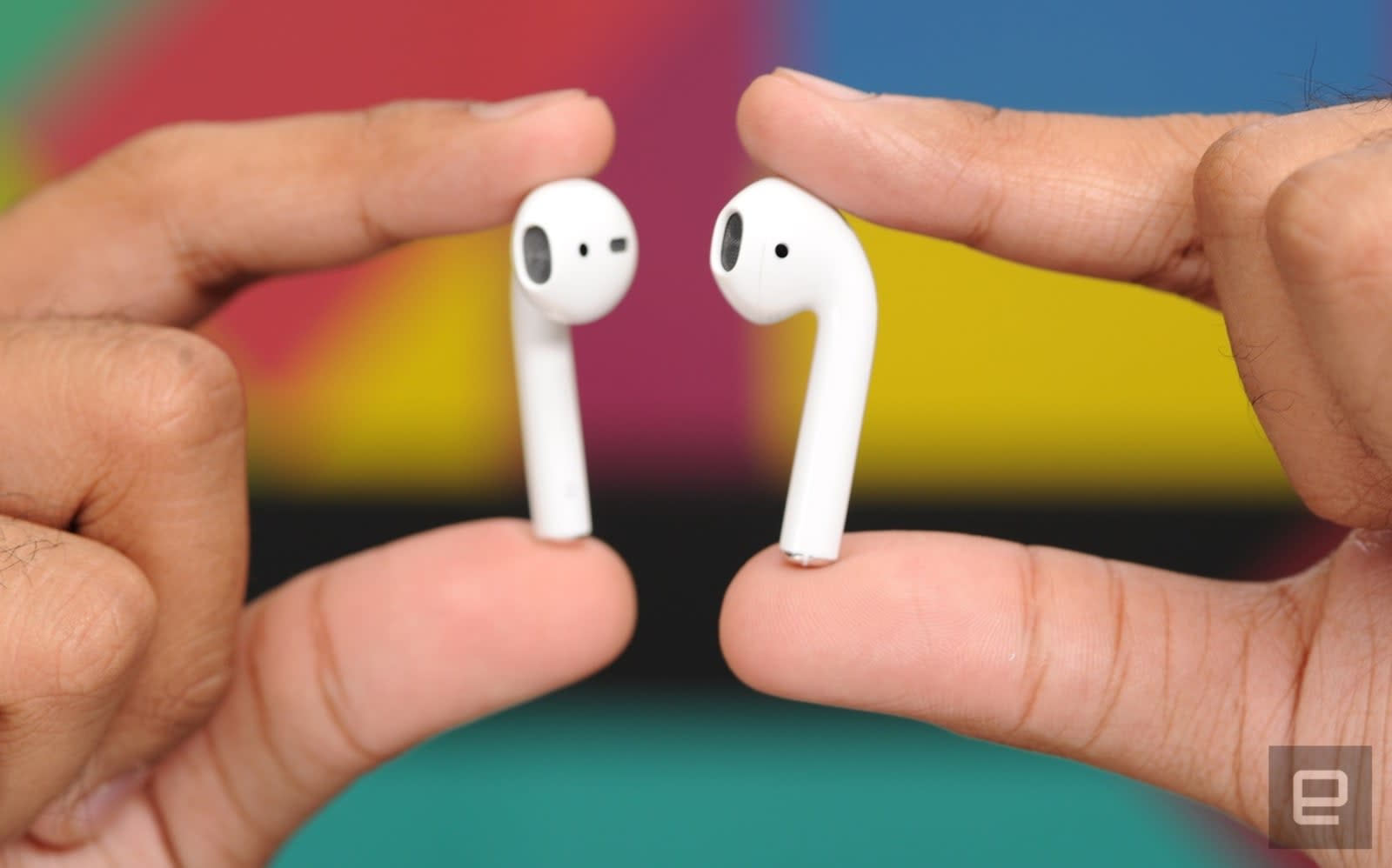 If you can barely even recall the days when people mocked the AirPods because they look just like their wired brethren, we don't blame you. They've shot up in popularity over the past couple of years, and according to new findings by Counterpoint Research, they're still the dominant true wireless earbuds available despite a couple shifts in the market. According to Counterpoint's estimates, 12.5 million wireless headphones shipped in the fourth quarter of 2018, and Apple was responsible for most of them: the tech giant held a 60 percent market share.

That's an impressive performance, seeing as a number of mid-tier brands have started gaining a bigger part of the market that quarter, as well. Even in Apple's home turf, where the AirPods remain the top-selling model, Korean and Danish brands Samsung and Jabra are performing well. Cupertino's shares are relatively lower in China compared to other regions due to the growing presence of budget devices, as well.

The company is doing better in the rest of the Asia Pacific region, but the rise of new and more affordable brands is also affecting its performance. Apple probably did the worst in Europe, though, where it comparatively underperformed, where Jabra has a 14 percent share of the market and where a crop of new Western European brands has been eating away at more established companies' shares.

In addition to new and mid-tier brands gaining more and more popularity, another factor that had a negative impact on Apple's performance is the customers themselves. Some of those looking to get a pair of AirPods chose to wait for the new version, which popped up ahead of its big iPad and services launch in March.

In this article: airpods, apple, earbuds, gadgetry, gadgets, gear
All products recommended by Engadget are selected by our editorial team, independent of our parent company. Some of our stories include affiliate links. If you buy something through one of these links, we may earn an affiliate commission.