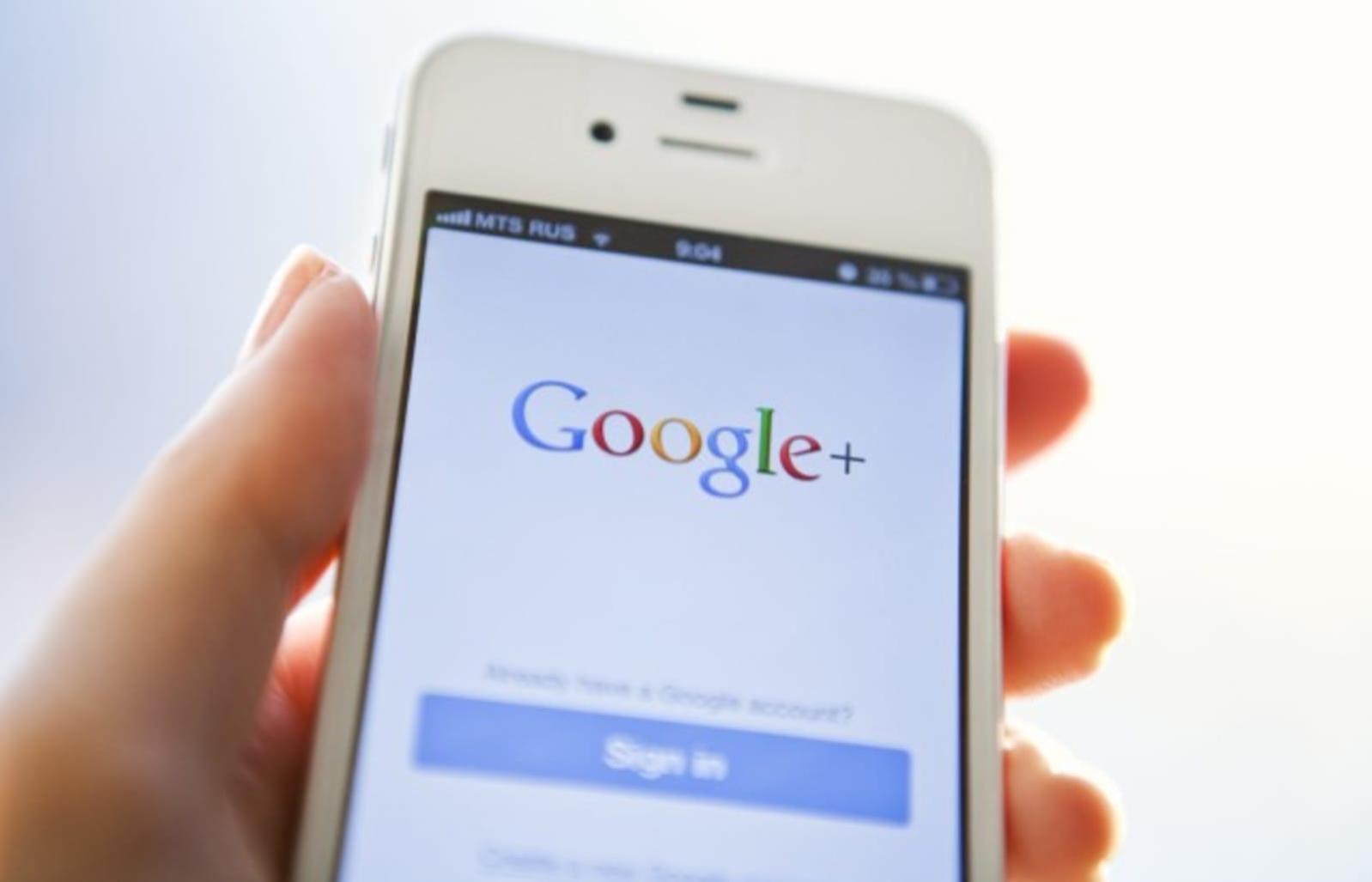 It's the end of Google+. Eight years after its launch, Google is finally pulling the plug on its social network. It was a platform designed to take on Facebook but, despite the company's best efforts, it always existed in its shadow. As of today, there will be no more Google+ sign-in buttons, no more pages or comments, and your account will simply vanish.

This was, undoubtedly, a difficult decision for Google to make. When Google+ arrived in 2011, the company had major aspirations for the platform. And indeed, it bore a number of successful Google products that continue to have a major impact on social media as we know it. In 2013, the company developed Hangouts, its video chat feature, into its own messaging platform -- a space occupied at the time solely by Skype.

Then there was another Google+ spinoff: Photos. Suddenly it was super easy to upload, share and store all your shots, and the product has since evolved to include all kinds of useful features, from AI-powered photo editing to document archiving. The platform's influence can be seen in many other forms elsewhere, too. It focused on the idea of communities long before Facebook made its push for Groups, and let you organize your contacts into Circles long before Instagram rolled out its "Close Friends" feature.

Alas, none of this was enough to keep the troubled platform afloat -- it simply never resonated with users the way Facebook did. Indeed, last year the company revealed that 90-percent of Google+ user sessions were ending within five seconds. Compare that with recent figures for Facebook, which puts the average time spent per visit at 20 minutes, and the disparity is clear.

The final nail in the Google+ coffin, however, was its security -- or lack thereof. In October 2018, the Wall Street Journal reported that some half a million profiles were affected by a data-exposing bug between 2015 and March 2018. While the company said there was no evidence of that data being used maliciously, it decided it was as good a time as any to shutter the platform altogether, opting to put it out of its misery altogether rather than flogging a dead horse by trying to make it more secure.

Its termination date was set for August 2019, but in December 2018 another security issue came to light. A much more significant one this time, affecting up to 52.5 million users. Again, there was no evidence that exposed data had been improperly used, but it was the final straw for the company, which bought forward the proposed shutdown date by four months, giving users and moderators just enough time to download their data.

Which brings us to today, and the end of Google+ -- in its consumer form, at least. Google+ will live on for G Suite customers, with a new look and new features on the way at some point in the future. It is no doubt a sad day for Google. Given the company's mammoth success elsewhere, it must sting to see the platform close. But as evidenced by the breakout success of Hangouts and Photos, and its irrefutable influence elsewhere, it wasn't a complete failure. Plus, of course, the business of maintaining a social network in these days of fake news, hate speech and cyber attacks is no small undertaking -- just look at the challenges Facebook constantly juggles. There will undoubtedly be someone at Google HQ breathing a sigh of relief over the future bullets the company has inevitably dodged.

In this article: bug, business, Circles, data, Facebook, gear, google, google plus, googleplus, Hangouts, internet, Photos, security breach, services, social networking
All products recommended by Engadget are selected by our editorial team, independent of our parent company. Some of our stories include affiliate links. If you buy something through one of these links, we may earn an affiliate commission.