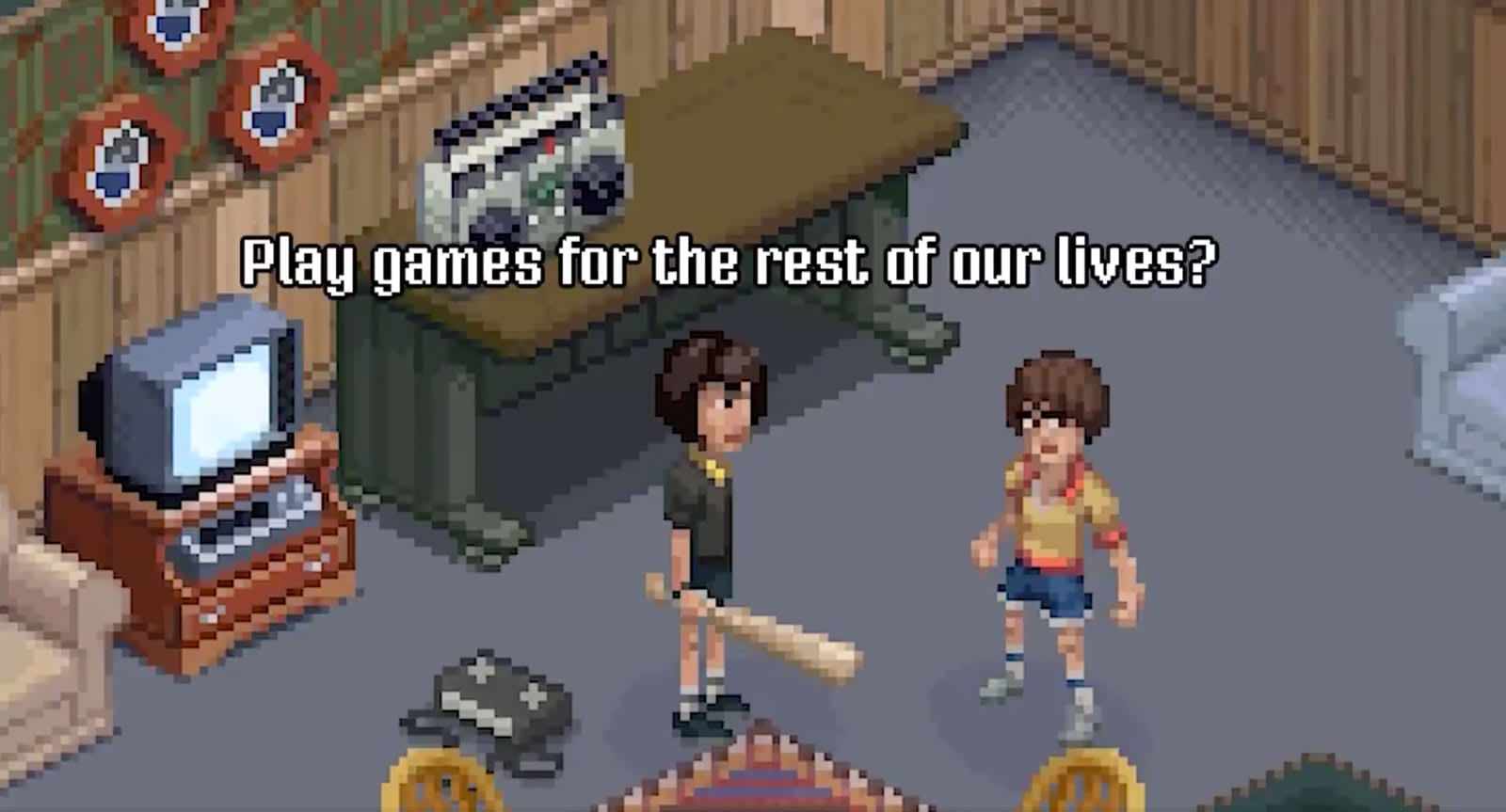 Netflix released the first trailer for Stranger Things 3: The Game this morning. We knew the game was set to launch on July 4 -- the same day the show will air. Now we get a glimpse of just how closely it will match the season's plot.

The game trailer almost mirrors the show's trailer exactly. Dustin sprays Lucas in the face with hairspray when the gang scares him. They set out into a field. There's a shot of the local pool and some coming of age drama. Then, we get to Starcourt Mall, where the action really gets started. Even the game trailer's text and much of the dialogue matches the season trailer. We knew this would be a companion game, but the tie ins are uncanny.

It's no surprise then that the game sticks to the show's retro style with 16-bit art. Luckily, you'll be able to play on modern systems, including Xbox One, PS4 and Switch. There will also be PC, Mac and mobile versions. In addition to following along with the plot, the game will allow players to explore Hawkins and, according to VentureBeat, uncover new mysteries. You'll be able to play solo or in a two-player co-op, so if you plan to spend your summer inside playing the game, at least you can work with a friend.

Me after watching the first trailer for @Stranger_Things 3: The Game:

In this article: av, entertainment, gaming, netflix, stranger things, stranger things 3 the game, trailer
All products recommended by Engadget are selected by our editorial team, independent of our parent company. Some of our stories include affiliate links. If you buy something through one of these links, we may earn an affiliate commission.